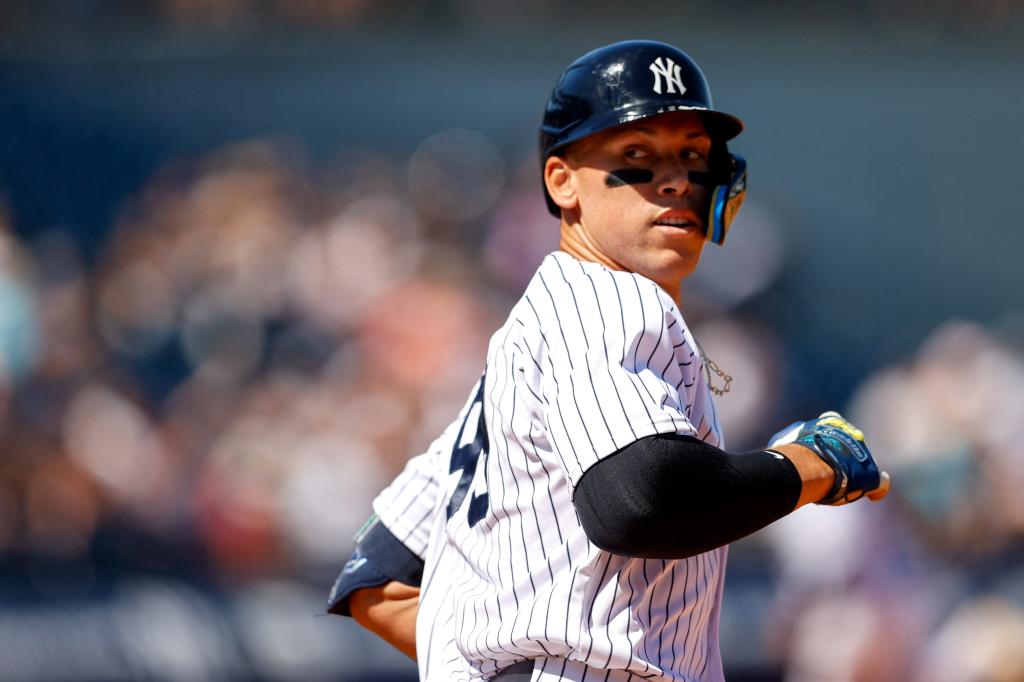 The Yankees and Aaron Judge continued to negotiate into the outfielder’s Opening Day deadline day to finalize an extension with the team already having already offered to make him the highest-paid position player by annual value in franchise history, The Post has learned.

The Yankees have bid more than $27.5 million, the annual value of the 10-year, $275 million deal that Alex Rodriguez signed with the team.

That would take him north of Yoenis Cespedes and leave Judge only behind Mike Trout ($35.54 million) and Mookie Betts ($30.4 million) for the largest ever among outfielders. The Yankees are almost certain not to exceed Trout’s annual value, but it is always possible they would push further – perhaps toward or above Betts for a player that Hal Steinbrenner has told his lieutenants he badly wants to sign.

The Judge camp could look at the Rodriguez average as archaic since it was agreed to after the 2006 season. Judge also gets to sell that he not only is among the elite players in the game, but the best and most popular homegrown Yankee since Jeter. Therefore, the expectation going into this negotiation was that the slugger would shoot not only to be the Yankees’ highest-paid position player ever by annual value, but among the highest-paid players by at least annual value in the sport.

The sides were still in communication hours before Gerrit Cole was to throw the first pitch at 1 pm Eastern to begin the Yankee season against the Red Sox. Judge is entering his walk year and, thus, could be a free agent after the 2022 season without an extension.

Currently, the Yankees and Judge are not even in agreement on a 2022 contract. They either could settle, settle within an extension or go to an arbitration. Judge asked for $21 million, the Yankees countered at $17 million.

The Yankees’ current record deal is for a $36 million average per year on Coles’ nine-year, $324 million pact.