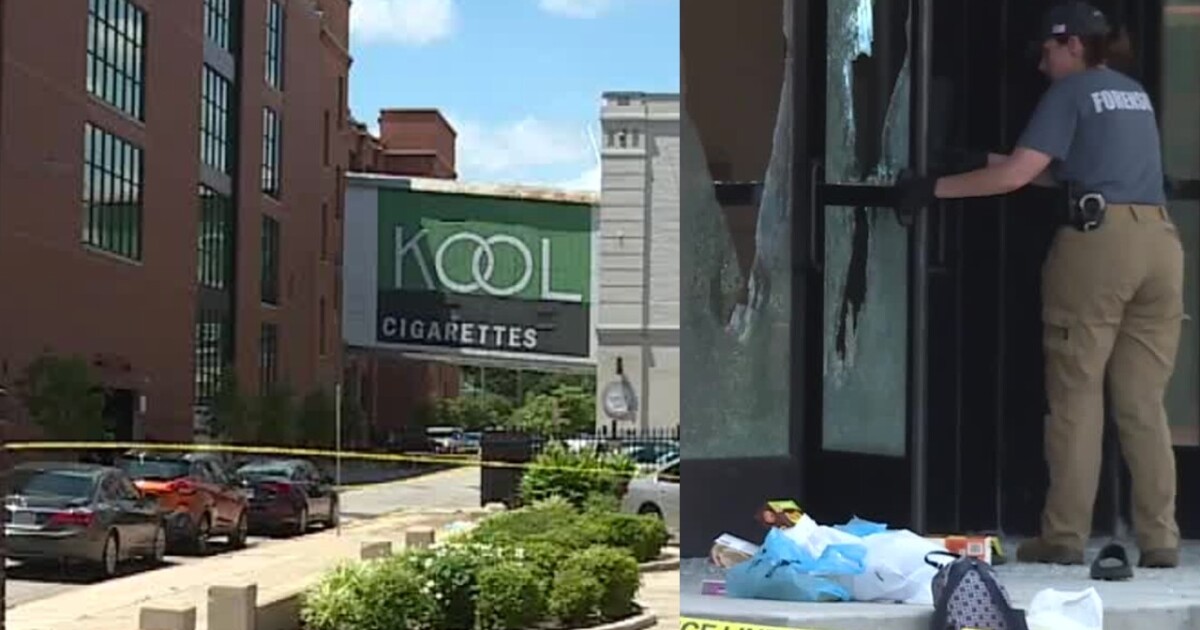 PETERSBURG, Va. — A woman was killed and two other people were injured in a shooting outside an apartment building in Petersburg Saturday afternoon, sources told CBS 6 senior reporter Wayne Covil.

The scene unfolded at the Petersburg ArtistSpace Lofts along Perry and Brown streets around 12:15 pm

The woman was carrying groceries when she was gunned down walking into the apartment building where she lived, sources told Covil.

Two other people who were shot were taken to area hospitals, sources told Covil.

One witness told Covil he was driving down the street when he heard a hail of gunfire.

When the man made it to Brown Street, he said a woman lying with groceries beside her at the entrance of the apartment building.

“The windows were shot out in front of the building,” the man said. “I was told she was carrying the groceries inside.”

Covil said that witness told him he became scared because the crowd “got bigger and bigger.”

“They threw a sheet over her and I guess another young lady was holding her,” the man recalled.

Another witness said her heart went out to the the victim’s family and friends.

“I think about her family, I think about if it was my child laying out there, how I would feel,” she said. “The thoughts that would be running through my head.”

As word of the shooting and young woman’s death spread, the crowd grew.

Most of the extra law enforcement was able to leave by 3:30 pm, but crime scene techs remained processing evidence in front of the apartments.

Covil noted numerous yellow evidence markers on the ground outside the front of the complex.

“This is a crime scene both inside outside the building,” Covil said. “It’s going to take a while to process…”

As a result, Covil urged people to avoid the area.

“It will be really tough even if you live here to be able to come this way to get inside of the building,” Covil said.

Residents were shaken by what happened.

“Honestly, it’s just sad you know, the innocent bystanders are getting killed… It’s just not right,” a woman told Covil. “I’m definitely getting out of Petersburg.”

The man who heard the gunfire while he was driving called Petersburg “totally out of control.”

“This is very tough. This is too much,” he said. “Petersburg has gotten to be too much and it’s like it’s out of control.”

Gillfield Baptist Church, which is located across the street from the apartment complex, will hold a special time of prayer at 11 am Sunday for family and neighbors.

This is a developing story, so anyone with more information can email newstips@wtvr.com to send a tip.