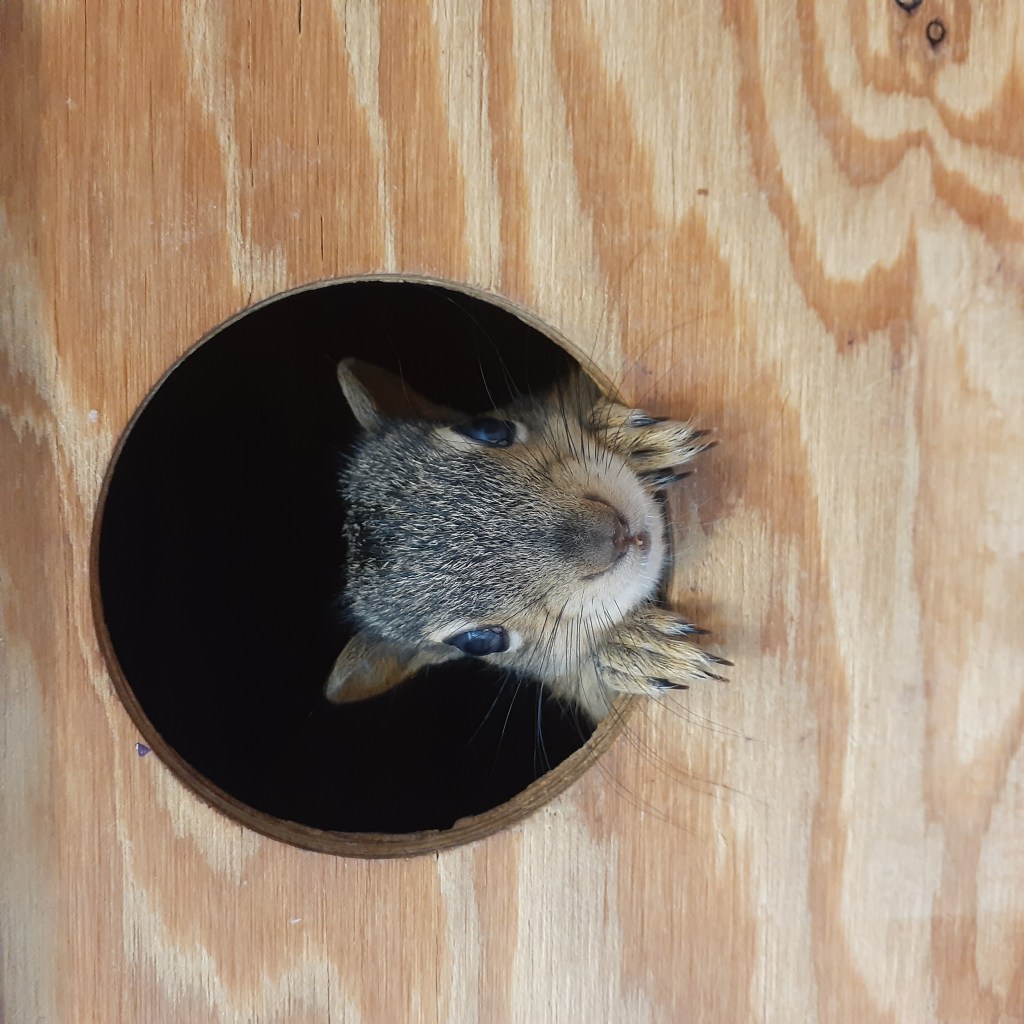 As of Wednesday, the center had 11 baby squirrels in its care — three eastern gray, one western gray, five eastern fox and one California ground squirrel. They were rescued and brought into the center from across the county.

“This time of year, it’s common to have baby squirrels in our care,” said Beth Brookhouser, vice president of marketing and communications for SPCA Monterey County. “It is unusual for us to have all four species at the exact same time. It definitely sort of shows us that spring is here and that we are going to receive a lot more babies over the coming weeks.”

According to the SPCA, the eastern gray squirrels were found “all down and debilitated” in a gutter in Salinas. Once rescued and stabilized, they recovered. The squirrels are now fully weaned off formula and staying in a safe outdoor enclosure where they are acclimating to the local climate, as well as learning to forage for solid, natural foods, the SPCA said in a press release.

The western gray squirrel was found on the Soberanes Canyon Trail at Garrapata State Park. At the time, the squirrel was “very cold, debilitated, and with blood in her nose and mouth,” the SPCA said. Rushed to the wildlife center for care, she has since stabilized and is still on formula feedings. The SPCA explained that because squirrels thrive in groups, it took in another western gray squirrel from the Pacific Wildlife Care center in Morro Bay so the pair of animals “can grow and learn together.”

Meanwhile, eastern fox squirrels currently housed at the SPCA Wildlife Rescue and Rehabilitation Center were plucked from different areas of the county, including Monterey, Carmel Valley, Carmel and Salinas. The SPCA said “they were all cold, debilitated, and abandoned.” Four of the squirrels have weaned off formula and are now together in an outdoor enclosure, where they are learning to forage for food.

The last squirrel currently in the center’s care — a California ground squirrel — was found in Royal Oaks.

“He was cold to the touch with no sign of any adult ground squirrels in the area,” the SPCA said, adding that its team “is continuing to work on his stabilization.”

Brookhouser explained that if the California ground squirrel continues to do well, it will be sent down to join a fellow ground squirrel at the Pacific Wildlife Care center as a trade because “it needs a friend.”

Every year, the SPCA Wildlife Center rescues more than 2,500 injured or orphaned wild animals. Currently, the center is caring for 47 baby animals, including skunks, squirrels, opossums, hummingbirds, songbirds, and snowy plovers. This work is made possible through donations. Those interested in supporting SPCA Monterey County can purchase gifts on Amazon at SPCAmc.org/baby-shower or visit www.SPCAmc.org/donate to donate.

For more information about the SPCA Wildlife Rescue and Rehabilitation Center or what to do in the case of an injured/orphaned animal, go to www.spcamc.org or call 831-264-5427.