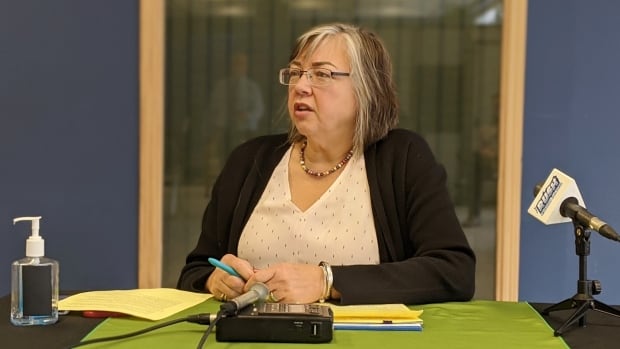 The Yukon government said a walk-in medical clinic will open in Whitehorse soon.

Health and Social Services Minister Tracy-Anne McPhee said her department is looking for a space for the first government-run clinic in the territory, which she said will be staffed with local doctors and nurses.

“I hope it’s very soon. I kind of expected it to be a bit arranged — or, be opened, in the very near future, in the spring of this year, and we’re certainly coming into spring,” she said.

Whitehorse’s River Valley Medical Clinic stopped taking walk-in patients who aren’t regular patients in August 2021. It was the only remaining walk-in clinic in the Yukon.

“We’re trying to respond to that and working with the local community to make sure we can provide those services for Yukoners,” said McPhee.

Since then, Yukoners without family doctors have had to go to an emergency department in one of the territory’s three hospitals in Whitehorse, Dawson City and Watson Lake.

Dr. Katharine Smart, a Whitehorse pediatrician and president of the Canadian Medical Association, said having to go to the hospital for a minor medical issue is “a very expensive way to try to manage simple problems in the [healthcare] system.”

She added that having a walk-in clinic is important but it doesn’t replace the quality of the care that can take place when patients have a long-term primary care provider.

“[A walk-in clinic is] certainly not a solution to not having enough family doctors in the territory,” she said.

McPhee said a bilingual health clinic is also due to open later this year, and that her department is working on staffing it.

She said creating a government-run walk-in clinic is one of the 76 recommendations in Putting People Firstthe Yukon government’s plan to overhaul the health care system, released in 2020.