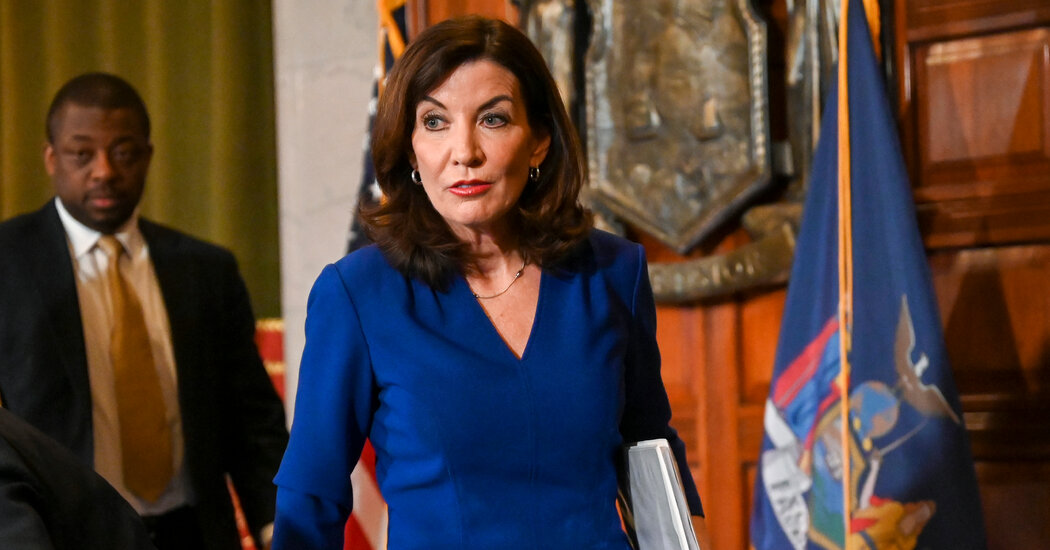 To-go alcoholic drinks are back

Ms. Hochul got her wish to legalize alcohol to-go, but the drinks come with a sunset clause.

Bars and restaurants were temporarily allowed to sell takeout alcoholic beverages for more than a year at the height of the pandemic, a lifeline that provided those businesses with additional income to stay afloat. But the measure expired last summer after lawmakers failed to renew it, much to the dismay of some New Yorkers.

The effort to make to-go drinks legal had been heavily opposed by the influential liquor store lobby, which argued it would hurt the bottom line of its member stores. They defeated the measure last summer. Some lawmakers, especially those from suburban areas, also raised concerns about the effect it could have on drunken driving and public drinking on street corners, in violation of open container laws.

Ms. Hochul fell short of meeting her pledge to make the sale of to-go drinks permanent: Lawmakers agreed to permit them for three years. Bars and restaurants will not be allowed to sell full bottles of wine or liquor, and they will only be able to sell the drinks along with the purchase of a “substantial” food order.

In response to rising gasoline prices, officials agreed to suspend certain state taxes on gas from June 1 until the end of the year. That would allow New York motorists to save roughly 16 cents per gallon at the current price of gas, now somewhere over $4 per gallon.

The move, Ms. Hochul said, would save individuals and businesses an estimated $585 million.

The budget also included $800 million in relief for renters at risk of eviction; $250 million to help those facing utility arrears; and $125 million to assist homeowners and landlords who were financially impacted by the pandemic.

Lawmakers also convinced Ms. Hochul to allocate some funding to extend health care coverage to undocumented immigrants, though she acknowledged it would only cover immigrants over 65, while the state sought a waiver from the federal government to cover more people.