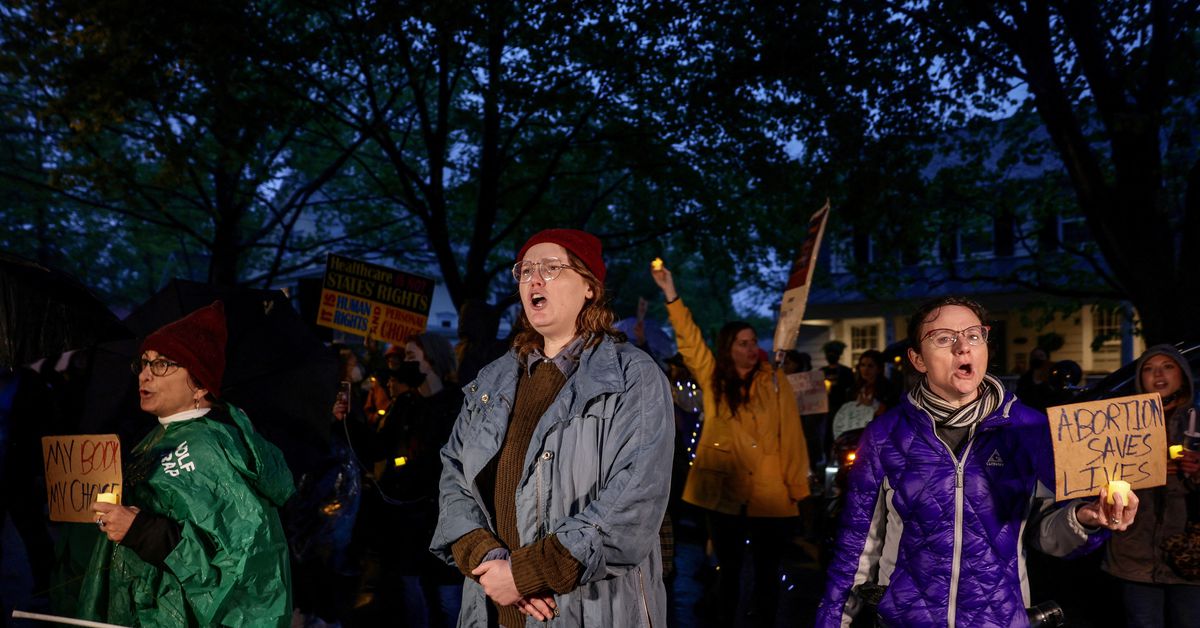 Supreme Court Marshal Gail Curley made the request in a July 1 letter to Hogan, noting that Maryland law prohibits people from intentionally assembling “in a manner that disrupts a person’s right to tranquility in the person’s home.”

“I am writing to request that the Maryland State Police, in conjunction with local authorities as appropriate, enforce laws prohibiting picketing outside the homes of Supreme Court justices who live in Maryland,” Curley told Hogan, according to a copy of the letter posted on the Fox News website.

Abortion rights activists began protesting outside the Maryland homes of Chief Justice John Roberts and Justice Brett Kavanaugh and the Virginia home of Justice Samuel Alito Jr. after the leak in May of a draft opinion indicating the court would overturn Roe v. Wade, the 1973 decision guaranteeing women the right to an abortion.

The court last month issued a final opinion that did just that.

Curley reminded the governor that in May, he said he was “deeply concerned” over picketing outside justices’ homes in his state. Hogan made the statement in a joint letter with Virginia Governor Glenn Youngkin to US Attorney General Merrick Garland seeking enforcement of a federal law barring demonstrations intended to sway judges on pending cases.

“Since then, protest activity at Justices’ homes, as well as threatening activity, has only increased,” Curley told Hogan, adding that protesters have for weeks used bullhorns, chanted slogans, and banged on drums.

The letter also noted “an attempt on a Justice’s life,” an apparent reference to the arrest last month near Kavanaugh’s home of a California man armed with a handgun, a knife and pepper spray. read more