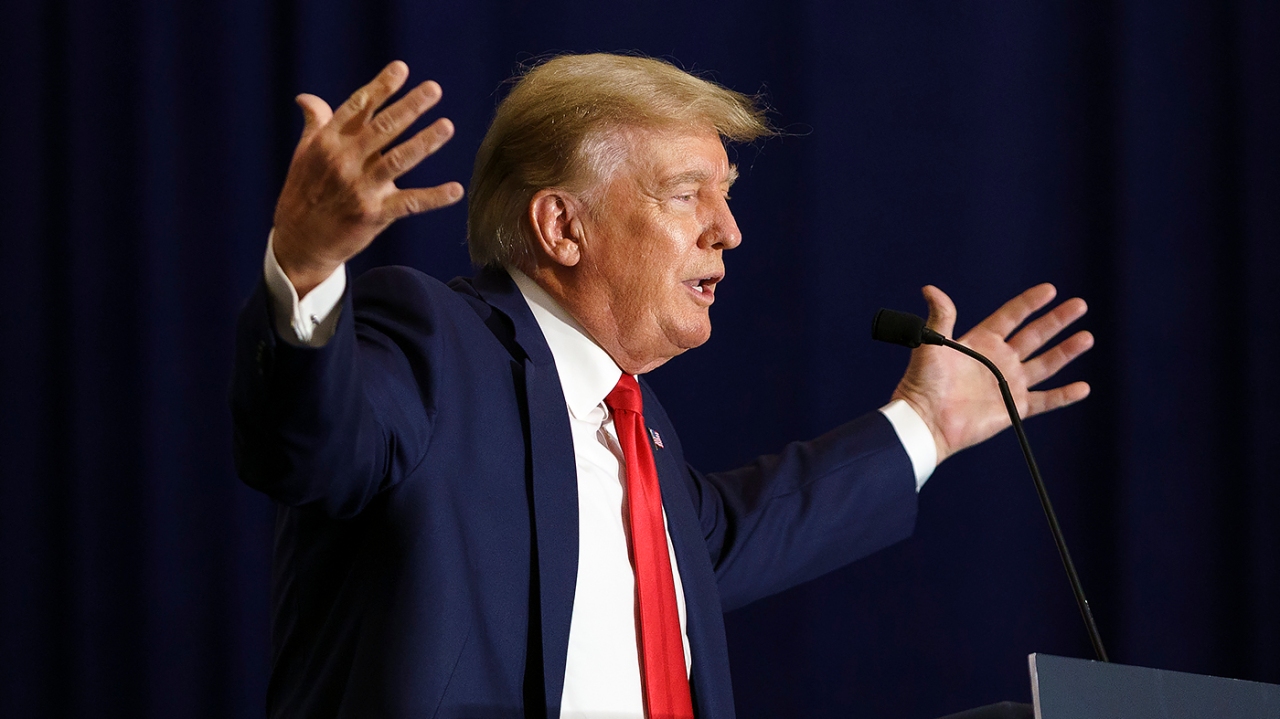 While Trump was in the Badger State to boost several of his endorsed candidates ahead of the Aug. 9 primary, including gubernatorial candidate Tim Michels (R) and Adam Steen, running in the 63rd Assembly District race against Wisconsin Assembly Speaker Robin Vos (R), the former president used the rally to take jabs at his opponents.

“The radical Democrats now intend to impose the biggest tax hike in American history, the exact opposite of what I did,” Trump affirmed, referring to the reconciliation deal. “And they are working feverishly to pile on more regulations at levels never seen before. You’re going to have regulations like nobody’s ever seen before.”

He name-checked Senate Minority Leader Mitch McConnell (R-Ky.), claiming he got “taken for a ride” by Sen. Joe Manchin (DW.Va.), who made a surprise announcement with Senate Majority Leader Charles Schumer (DN.Y.) last week that they had reached a deal on climate, health and tax reforms.

“Joe Manchin has totally sold out West Virginia, what he’s done to that state is disgraceful. And I told the old broken crow, Mitch McConnell, that this was going to happen,” Trump said.

Manchin had earlier in July appeared to pour cold water on the prospects of a deal after data was released showing inflation at 9 percent annually.

When the deal was announced, after the Senate with GOP support passed a bill to boost domestic semiconductor production and fund scientific research, some Republicans expressed frustration about the agreement, saying they would have blocked the chips and science bill if they knew Democrats were pressing forward with provisions on taxes and climate in a reconciliation package.

Manchin claimed he and Schumer had not misled their colleagues.

The former president touted the recent successes of Arizona candidates Kari Lake (R) in the GOP gubernatorial primary and Blake Masters in the Republican Senate primary as well.

Trump called Michels, who is running against former Lt. Gov. Rebecca Kleefisch (R) in the gubernatorial primary next Tuesday, an “incredible success story” and touted his construction company.

He called Steen — a candidate he endorsed as part of a larger revenge tour against Republicans who he believed crossed him following the election and the Capitol riot — a “true patriot.” Vos, Steen’s opponent, drew Trump’s ire after he refused efforts to overturn the 2020 election.

How the battle over the Democrats’ climate, tax and health bill will play out House looks to take up climate, taxes, health care bill next Friday

As Trump took a few jabs at Kleefisch, he also appeared to subtly hit back at those who endorsed her, including former Vice President Pence.

“Tim’s opponent in the primary is Rebecca Kleesfisch, a career politician and a political insider. Known her for a long time. She’s the handpicked candidate of the failed establishment, the RINOs … the Washington swamp, and she’s running a campaign of falsehoods and lies,” he alleged, using the acronym for “Republican in name only.”

The former president even waded into House Speaker Nancy Pelosi’s (D-Calif.) trip to Taiwan, one of several stops she made in her travel to East Asia amid heightened tensions between China and the self-governing island, asking why she would travel to Taiwan.