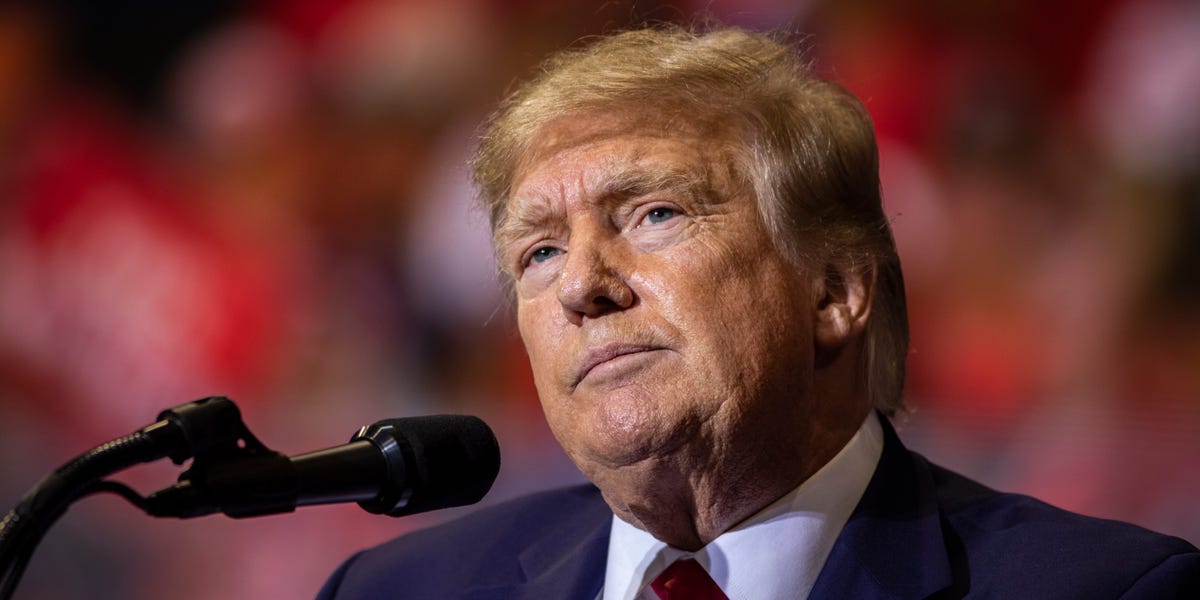 President Donald Trump could be planning to make an unusually early announcement of his plans to run for president, but not all Republicans are convinced it would be the right move for the party.

Trump has long teased a 2024 White House run and has continued to hold campaign-style rallies, all while stopping short of saying definitively if he plans to enter the race. However, recent revelations from the House Select committee’s hearings on the January 6 insurrection are impacting his plans, according to a report from The New York Times.

Now, Trump is considering announcing a run far earlier than expected, possibly even this month, in part as an attempt to distract from the hearings, the outlet reported.

The January 6 hearing this week featured allegations that were especially damaging to Trump, including explosive testimony from Cassidy Hutchinson, who at the time of the Capitol attack was the top aide to White House Chief of Staff Mark Meadows.

Hutchinson said, among other things, that the White House deputy chief of staff told her Trump was so eager to join his supporters at the Capitol that he lunged at the steering wheel of the presidential limousine. She also said that at one point he became so angry he threw his lunch plate against a White House wall, and that his response to rioters chanting “hang Mike Pence” was that the vice president “deserves it.”

Trump has denied all of Hutchinson’s testimony and called her “bad news.” Still, other Republicans have expressed concern that her testimony could hurt Trump.

Sources close to Trump told The Times he thinks announcing a 2024 bid soon could be good for him, even as others in the party aren’t so sure.

Among them is Ronna McDaniel, the chairwoman of the Republican National Committee, who told Trump he should hold off his announcement until after the midterms in November, according to the outlet, due to concern it could take away from the GOP’s midterm messaging.

Democrats are facing an uphill battle to maintain their majorities in Congress, as Republican messaging has railed against President Joe Biden and honed in on skyrocketing gas prices and raging inflation.

Republican Sen. Pat Toomey said this week he thought the January 6 hearings have been damaging for Trump, going as far as to say he didn’t think the former president would be the GOP’s nominee in 2024 even if he does decide to run.

However, Trump has maintained high popularity among Republican voters, with early polls showing him easily in the lead against other potential 2024 primary candidates, including Florida Gov. Ron DeSantis and former Vice President Mike Pence.

Trump’s office did not immediately respond to Insider’s request for comment.