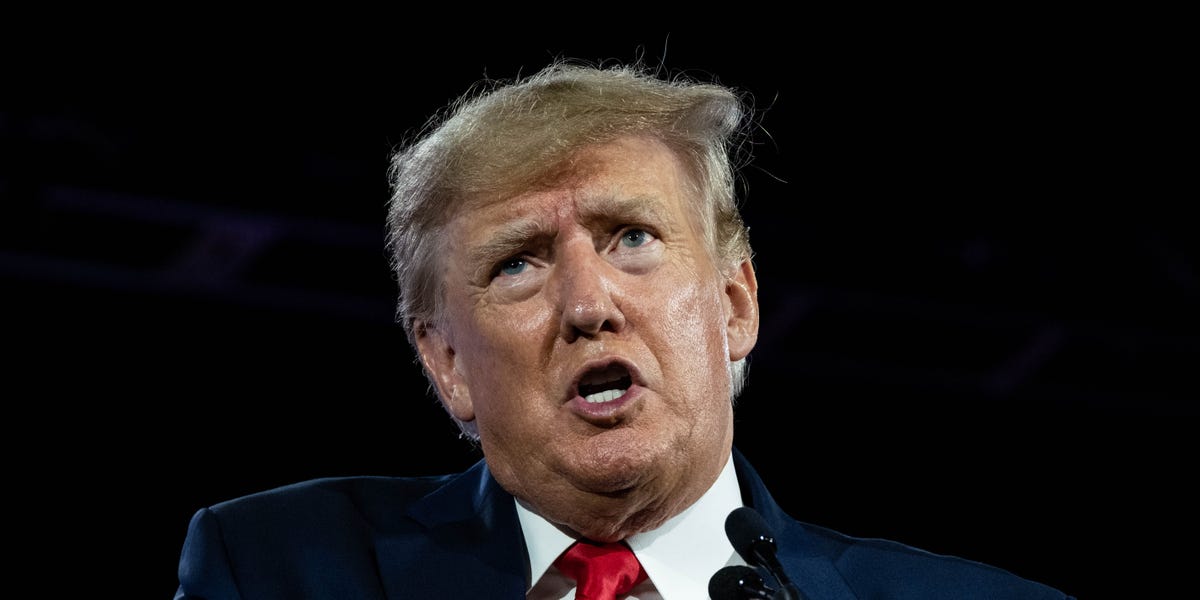 Former President Donald Trump is eager to announce a 2024 presidential run, according to CNN, citing sources close to him.

He could announce a bid as early as sometime this month, CNN reported. In the past few days, Trump’s advisers have been laying the groundwork for a presidential run and informing his allies that he is weighing an early announcement.

Previously, he’s not had a concrete idea of ​​when he’d announce the bid, according to CNN.

After losing the 2020 presidential election to Joe Biden, the former president began hosting a series of rallies that have served as a barometer of his popularity among conservatives and could help him maintain momentum for a potential campaign bid.

Since losing, Trump has said at various times that he expects to win in 2024 should he run in the next presidential election. Saturday’s rally marked only the latest time that he made such a claim.

During an American Freedom Tour in March, for example, Trump promised to return to the White House in 2024.

Now the president is considering making his announcement as early as July, but he “doesn’t want this to be a dud,” one source told CNN.

But he “wants to clear the field and dare other people to run against him,” one source said.

on the timing of the decision often.

“Every day is different,” a source familiar with the matter told CNN. “We get told he’s going to announce imminently, and by the afternoon that has changed.”