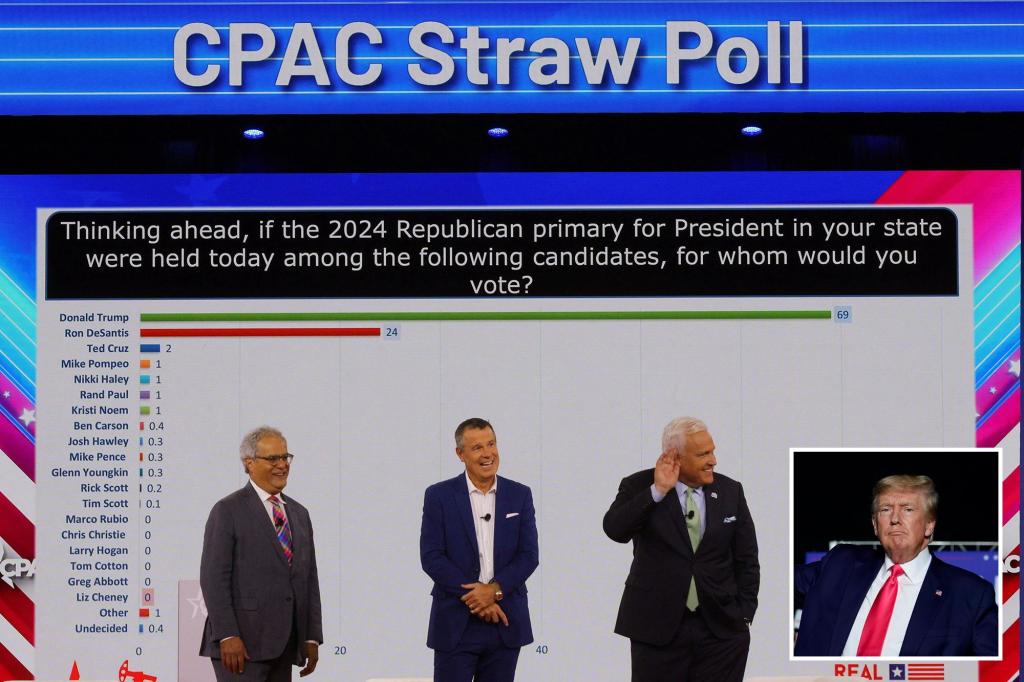 The final numbers, released Saturday at the conference in Dallas, showed Trump out in front with 69% support.

Florida Gov. Ron DeSantis came in a distant second with 24%, while Sen. Ted Cruz (R-Texas) followed in third with 2% — a dozen other candidates including former Secretary of State Mike Pompeo, Virginia Gov. Glenn Youngkin and Florida Sen. Rick Scott all received 1% or less.

A whopping 99% of conference attendees said they approved of Trump’s job as president.

DeSantis — who did not attend the conservative confab in Dallas — was the odds-on favorite among CPAC attendees should Trump decline to seek the nomination, with a large majority of attendees also saying he would be the best choice to serve as a potential vice president for Trump.

The results show that despite being banned from Twitter and fading from national headlines, the former president would remain the odds-on favorite to win the nomination in November should he decide to run.