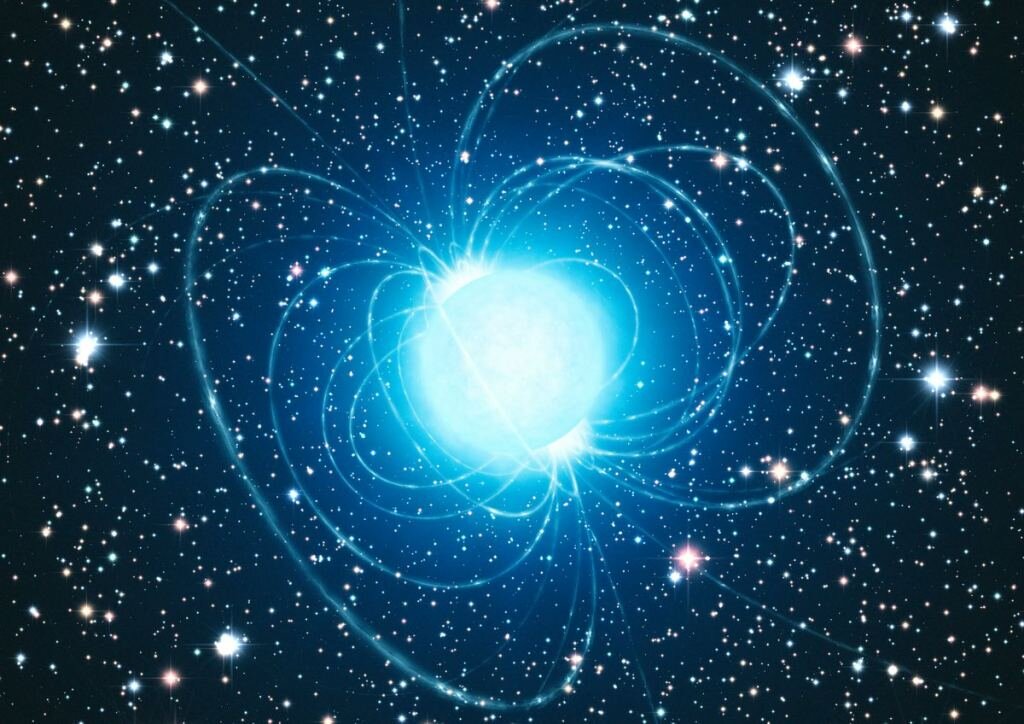 Magnetars are some of the most fascinating astronomical objects. One teaspoon of the stuff they are made out of would weigh almost one billion tons, and they have magnetic fields that are hundreds of millions of times more powerful than any magnetic field that exists today on Earth. But we don’t know much about how they form. A new paper points to one possible source—mergers of neutron stars.

Neutron stars themselves are equally fascinating in their own right. In fact, magnetars are generally considered to be a specific form of neutron star, with the main difference being the strength of that magnetic field. There are thought to be about a billion neutron stars in the Milky Way, and some of them happen to come in binary pairs.

When they are gravitationally bound to one another, the stars enter a final dance of death, typically resulting in either a black hole or, potentially, one or both of them transforming into a magnetar. That process can take hundreds of millions of years to build up to a certain point when the actual explosion (or collapse) happens. But when it does, it’s spectacular, and a team of researchers thinks they found that that happened only a few weeks before they spotted it.

More accurately, it happened around 228 million years ago, which is how far away the galaxy it happened in is. However, the light from this spectacular event reached the sensors at Pan-STARRs only a few weeks before it started observing that patch of the sky. And what makes this magnetar stand out from all the other scientists have found is how fast it is spinning.

Typically, neutron stars rotate thousands of times per minute, making their period on the order of milliseconds. But the magnetars scientists have found are distinct in that their rotational time is much slower, typically only once every two to ten seconds. But GRB130310A, as the new magnetar is now known, has a rotational period of 80 milliseconds, putting it closer to the order of neutron stars than the typical magnetar.

This discrepancy is probably due to the remarkably young age at which Zhang Binbin and his colleagues found this magnetar. It has yet to complete its rotational slowing, as many other observed magnetars had. But the fact that its rotational period is approaching the rate of neutron stars points to its potential starting point as one of those neutron stars itself.

That rotational slowing that GRB130310A is currently undergoing takes thousands of years, but eventually, magnetars fade away and become almost undetectable. An estimated 30 million dead magnetars are floating around the Milky Way, and at least some of those likely started with the same dramatic orbital periods as GRB130310A.

Another hint that the new magnetar was spawned from a neutron star merger was the lack of any precursor events that observatories might have picked up. There was no supernova, and no gamma-ray burst, both of which typically precede the birth of a magnetar. So it appears the researchers happened upon a neutron star merger that they detected almost right as it happened.

There are other ways to detect neutron star mergers, such as by the gravitational waves they sometimes emit. It is unclear whether any other instrumentation was able to capture this merger to confirm that the event happened as the researchers hypothesize. But if it did, it’s another data point confirming the long-standing idea that magnetars are at least sometimes born from neutron star mergers. And plenty more observations of similar events throughout the universe will be available to help confirm or disprove that theory.