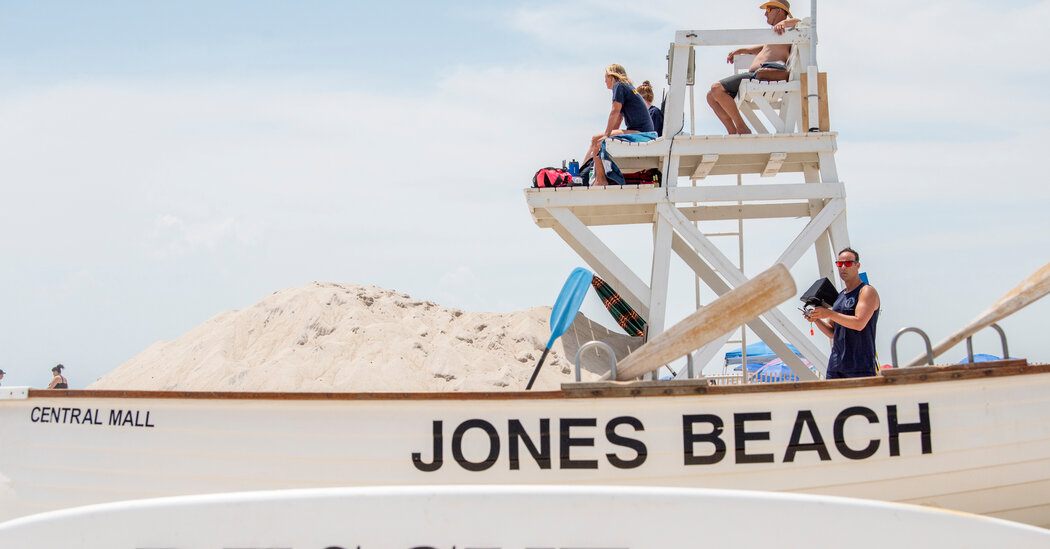 A man swimming at Jones Beach on Long Island on Thursday may have been bitten by a shark, according to the Nassau County Police Department.

The 57-year-old man was swimming in the ocean around 1 pm when he “sustained a laceration to his right foot,” the Nassau police said in a news release on Friday.

Medics who treated the man’s injury identified it as a possible shark bite. Nassau County officials said they would increase patrols at all county beaches through Fourth of July weekend.

Attacks are exceedingly rare in the area and many experts say patrols do little more than fuel unwarranted fear of sharks. Scientists say the reason it may seem like more sharks are being spotted is because more people are looking for them.

Hans Walters, a field scientist with the Wildlife Conservation Society’s New York Aquarium, said there is no real evidence that local shark populations have increased in recent years. He called the threat that sharks pose to people on New York beaches “very overblown.”

At a news conference on Friday morning at Nickerson Beach, west of Jones Beach, the Nassau County executive, Bruce Blakeman, was vague on details of the report about the potential attack.

“I believe it was on his leg,” he told reporters, adding that “there was no explanation as to how he got his injuries.”

The surgeons who treated the man “thought it looked like a fish bite, probably a shark bite,” Mr. Blakeman said.

As to whether the injury was caused by a shark, he said, “It’s not 100 percent but it was a level of concern.”

With a police boat monitoring the ocean behind him, Mr. Blakeman announced that the county police would be increasing patrols this summer, both by boat and by helicopter, with hourly runs along the shoreline.

The county would also conduct monitoring by drone over ocean swimmers, he said, “to make sure we have a good picture of what’s going on.”

“We want to stress to everybody that it’s safe to go in the ocean,” he said, adding that bathers should always swim with friends and with a lifeguard present.

A spokesman for the State Parks Department, which runs Jones Beach, referred calls to the county police and a hospital spokeswoman said no information was available on the patient.

Along the Jones Beach boardwalk on Friday afernoon, Isabella Mejia, 20, a college student from Whitestone, Queens, recoiled upon hearing news about the possible bite.

“It’s crazy to think that would happen here,” she said. “But it’s something that doesn’t happen often, so it doesn’t really terrify me. I’d still go in the water if there were already a lot of people in there.”