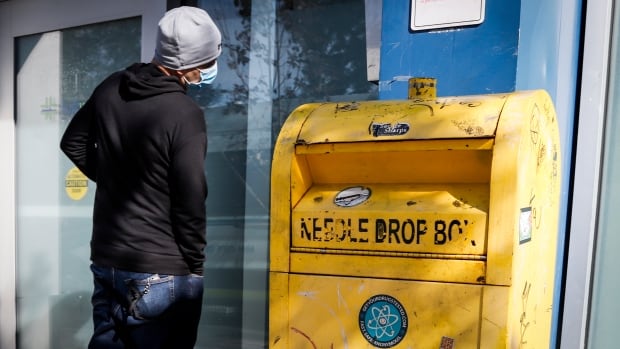 An Edmonton lawyer has failed in his bid to have the Supreme Court of Canada weigh in on pausing a policy to ask clients of supervised consumption site to provide personal health-care numbers.

Avnish Nanda said he was disappointed the country’s highest court dismissed the case.

The plaintiffs, Moms Stop the Harm and the Lethbridge Overdose Prevention Society, are suing the Alberta government over a new rule, which took effect at the beginning of February, that requires supervised consumption site staff to ask for provincial health care numbers.

The policy states services can still be provided if the client refuses to provide personal information or if they do not have a health-care card.

Mike Ellis, Alberta’s associate minister of mental health and addiction, expressed his pleasure with Thursday’s court decision in a written statement that referred to “activist organizations” that launched the lawsuit.

“While activists have tried to assert that usage of supervised consumption services would decline once the requirement came into effect, that is not what we have seen,” Ellis said in the statement.

He said the average daily number of unique clients at a Calgary supervised consumption site increased 12 per cent in the first month after the Feb. 1 implementation of the health-care card requirement.

“These quality standards will improve community safety in the areas surrounding supervised consumption sites, improve the quality of services that are being offered to people with addiction, and ensure that clients are better connected to the health-care system,” Ellis added.

A full court hearing may be years away

Nanda said a full hearing may not be held for two or three years, which prompted the application for a temporary injunction. The request was dismissed by a Court of Queen’s Bench Justice and subsequently by the Alberta Court of Appeal.

The Alberta courts decided that even though deaths may occur as a result of clients avoiding supervised consumption sites due to the identification requirement, the extent of the harm could not be determined, so did not meet the threshold to grant an injunction.

“One of the things we asked the Supreme Court of Canada to address is the test for injunctive relief against the government in Alberta,” Nanda said. “I think there have been three requests in the last three years for the court to clarify this law because the Court of Appeal keeps coming up with different frameworks.”

Alberta recorded its deadliest year on record in 2021 for drug overdoses with 1,758 deaths.

Nanda fears that the Supreme Court’s reluctance to hear the case will contribute to an ever-increasing death toll.

“This wave of overdose deaths is going to continue to climb,” Nanda said. “It has not peaked. And it will certainly not peak because of this government’s policies.

“We’re going to see overdose death rates increase in the months to come and it will be directly the result of policies like this.”