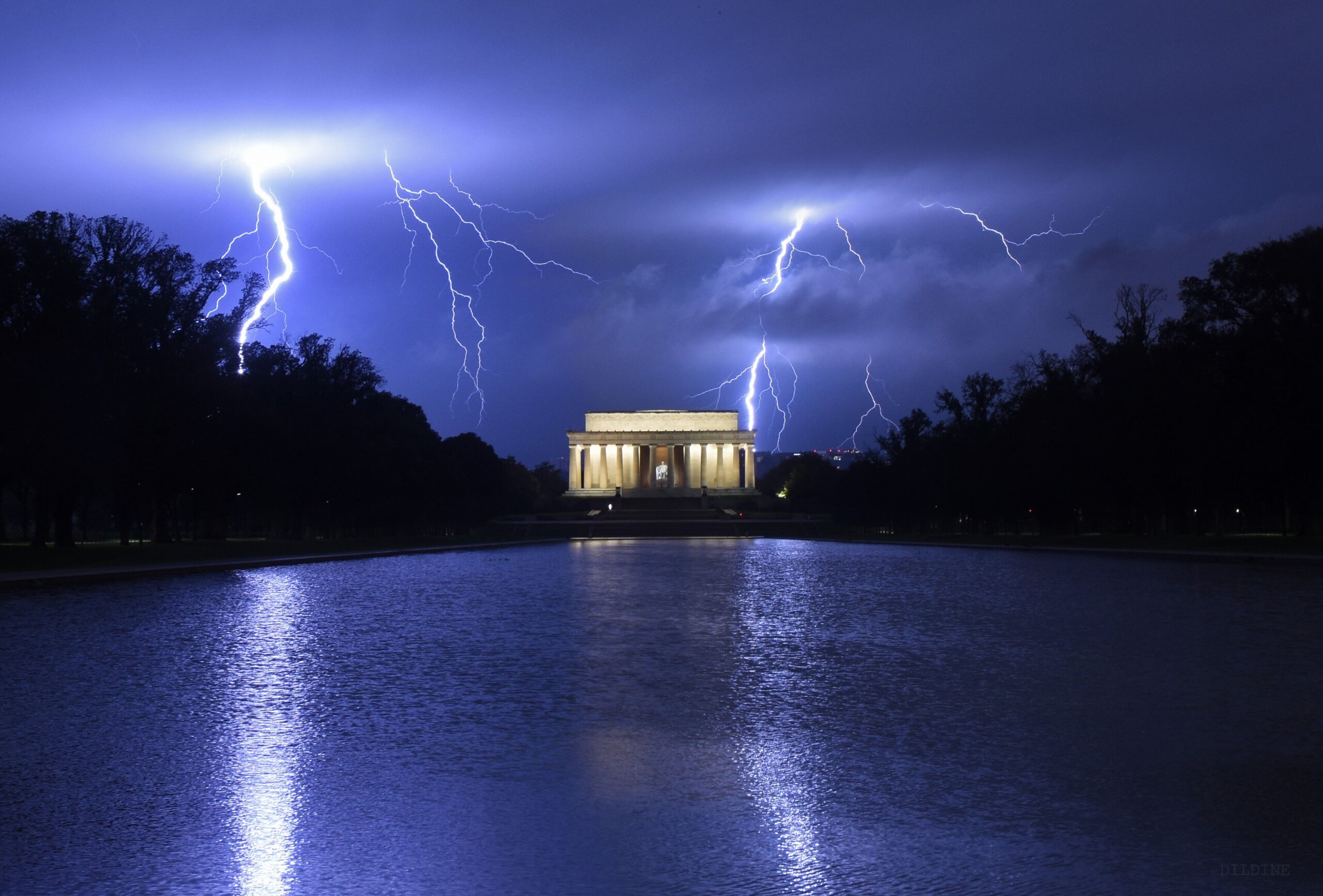 Thunderstorms, showers, severe lightning and downed trees peppered the region overnight as flash flood warnings stretched into the early hours of Sunday across the DC-area.

Thunderstorms, showers, severe lightning and downed trees peppered the region overnight as flash flood warnings stretched into the early hours of Sunday across the DC-area. Here’s what you need to know about the stormy Saturday night and Sunday morning to follow.

Some of those downed trees and lightning storms between DC and Baltimore caused minor disruptions and traffic delays. Well into midnight, some Montgomery County roads were closed with a necessary water rescue—Storm Team4 meteorologist Chad Merrill notes a reported two feet of water on the roads.

“Showers and storms will continue to produce flash flooding this morning,” Merrill said,” and then we will see a bit of a break, [then] a couple of showers between nine and 11 am”

However, the weather gurus at Storm Team4 say that, after those early am storms, we

“After that, though, expect clearing skies behind a cold front,” Merrill said.

Downed trees and branches Saturday evening blocked some local roads and on ramps to Interstate 270 in Montgomery County.

Though most of the severe thunderstorm threat left the area at around 9 pm, quick bursts and lingering showers remained a hazard for those moving about late Saturday night into the early hours of Sunday. Some power outages were also reported.

While the severe thunderstorm threat has begun to wind down, showers and thunderstorms will continue into the night. A threat for flooding continues with a Flash Flood Watch remaining in effect (includes the DC & Baltimore metros). #MDwx #VAwx #DCwx #WVwx pic.twitter.com/yYzlEMtfjZ

On Saturday evening, severe lightning in Gaithersburg, Maryland, delayed night games and city fireworks for safety concerns. Similar delays came to other cities in the region, with the city of Laurel implementing a similar delay.

One batter in, and a lightning strike has put us into a delay. Stay tuned for updates on when the game will resume.

‼️TEMPORARY EVACUATION OF THE BOHRER PARK GROUNDS UNTIL THE STORM PASSES. JOIN US IN THE ACTIVITY CENTER TO WAIT OUT THE STORM‼️

Last summer, about 25 people were left homeless after a summer lightning strike set a condominium building in Germantown, Md., on fire.

Outlook for Sunday and July 4:

Sunday, showers are expected to continue, bringing some scattered thunderstorms through the region. It’ll be a few degrees cooler and the risk of severe weather is lower.

Good news — the holiday looks hot and less humid with a much lower chance of rain and temperatures returning to the mid-80s and low 90s around the district.

Isolated thunderstorms in the mid to late afternoon on Monday are possible.

Storm Team4 meteorologist Clay Anderson said there is “a slight chance of an afternoon shower that will dissipate before the fireworks begin.”

Sunday morning: Showers and storms winding down before daybreak and then redeveloping in a very spotty way for a brief time between 9-11 am
Highs: upper 60s in suburbs to the lower 70s in DC
Wind: Southwest to North 5 to 10 mph

Tuesday: AM sun giving way to increasing clouds, hot and more humid, with scattered late afternoon and evening showers and storms.
Highs: near 90.