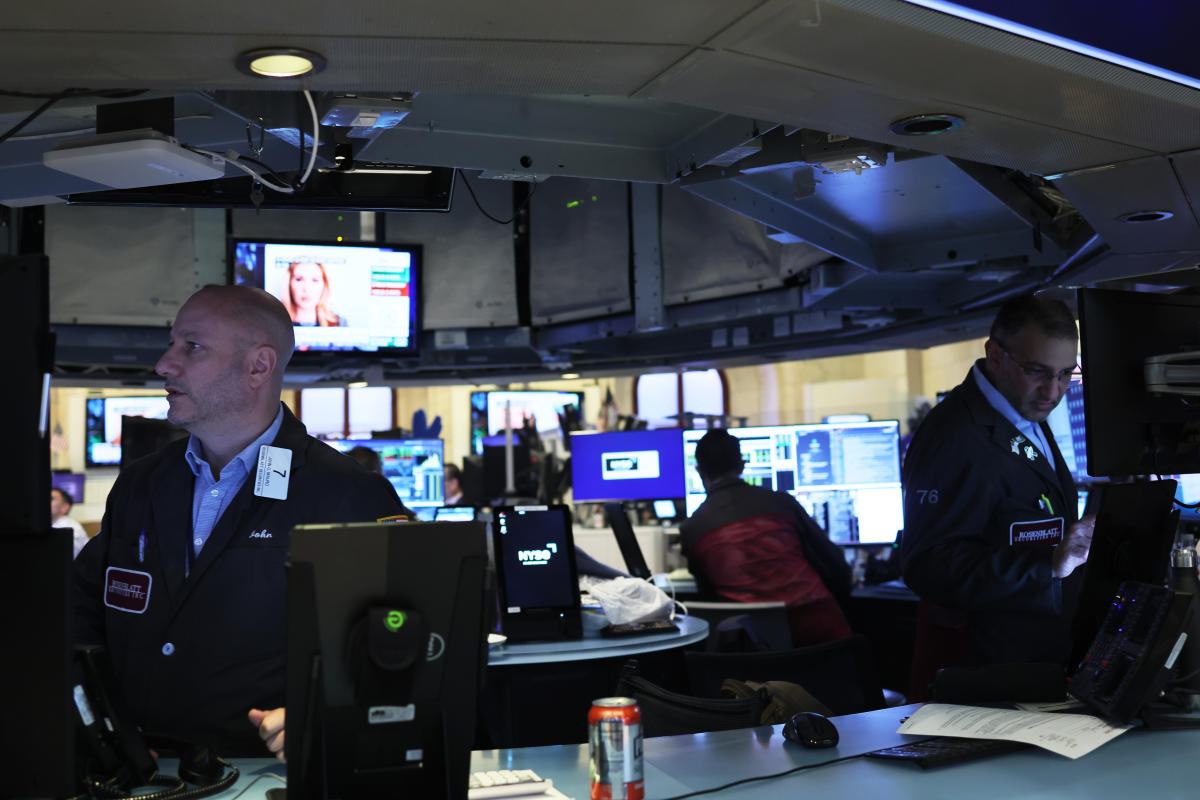 US stocks traded lower Friday, with investors continuing to contemplate the next policy moves by the Federal Reserve.

The S&P 500, Dow and Nasdaq each pulled back after gaining on Thursday. As of Thursday’s close, the S&P 500 was on track to post a weekly loss that would end a three-week winning streak, if levels hold through Friday’s close.

Fresh commentary from Fed officials remained in focus, as another set of speakers offered a mixed set of commentary on the policy path forward for the central bank. St. Louis Fed President James Bullard said Thursday that he wanted the Fed to get to between 3% and 3.25% on the Fed funds rate in the second half of this year, implying more aggressive, front-loaded interest rate hikes in the near- term. Bullard was the only dissenter in the Fed’s March meeting, calling for a larger 50 basis point interest rate hike versus the 25 basis point hike that ultimately occurred.

While Bullard has now been a longer-term hawk seeking greater action from the Fed to rein in inflation, earlier remarks this week suggested other members of the central bank were also warming to the idea of ​​tightening policy. Fed Governor Lael Brainard said that the Federal Open Market Committee (FOMC) was “prepared to take stronger action,” should inflation readings remain elevated and warrant such moves. And in the Fed’s meeting minutes released Wednesday afternoon, the central bank revealed that “many participants … would have preferred a 50 basis point increase” in rates, and also suggested the Fed was gearing up to soon announce the start of its balance- sheet runoff process.

However, other Fed officials offered a more measured approach to raising rates. In remarks Thursday, Atlanta Fed President Raphael Bostic said it would be “appropriate” to move the benchmark interest rate “closer to a neutral position,” suggesting a somewhat less hasty series of interest rate hikes. Meanwhile, Chicago Fed President Charles Evans suggests the Fed would be able to “get to neutral, look around, and find that we’re not necessarily that far from where we need to go.”

Taken together, the confluence of commentary at least temporarily helped stocks pause their latest bout of volatility from earlier this week, and kept Treasury yields steadier after a steep march higher. The benchmark 10-year yield held around 2.6% for its highest level since 2019.

“The market actually had to digest a lot of information — a lot of hawkish information from the Fed over the last couple of days. We had been in a sell-off mode. And I think [Thursday] we finally got a chance to take a breather and realize that the equity markets especially have some actual positive things that are going on,” Kevin Nicholson, chief investment officer of global fixed income at RiverFront Investment Group, told Yahoo Finance Live on Thursday. “We still expect the earnings season to be better than expectations … We also think that you have support with a strong labor market. “The economy is in great shape from that perspective.”

“We expect that equity markets will rebound,” he added. “And we actually are looking for them to go back up toward their highs of 4,800 over the few months, especially as they get more clarity from the Fed. As we all know, equity markets do not like uncertainty.”

Shares of Peloton (PTON) briefly rose as much as 2% Friday morning after Morgan Stanley analysts said they expected the connected fitness company to exceed guidance on subscriber growth for the current quarter. However, the stock soon erased gains, and was trading lower by about 1% mid-morning.

Morgan Stanley expects the company’s fiscal third-quarter connected fitness subscriber counts will top 3 million. Earlier this year, Peloton said it expected to post third-quarter subscribers of 2.93 million, before having these rise to 3 million at the end of the fiscal year. Analysts at the bank cited website activity data for the prediction, which suggested Peloton added more new users than previously anticipated.

Morgan Stanley rates Peloton as equal-weight, with a price target of $32 per share.

Here’s where the major index futures were trading Thursday evening as the overnight session kicked off: