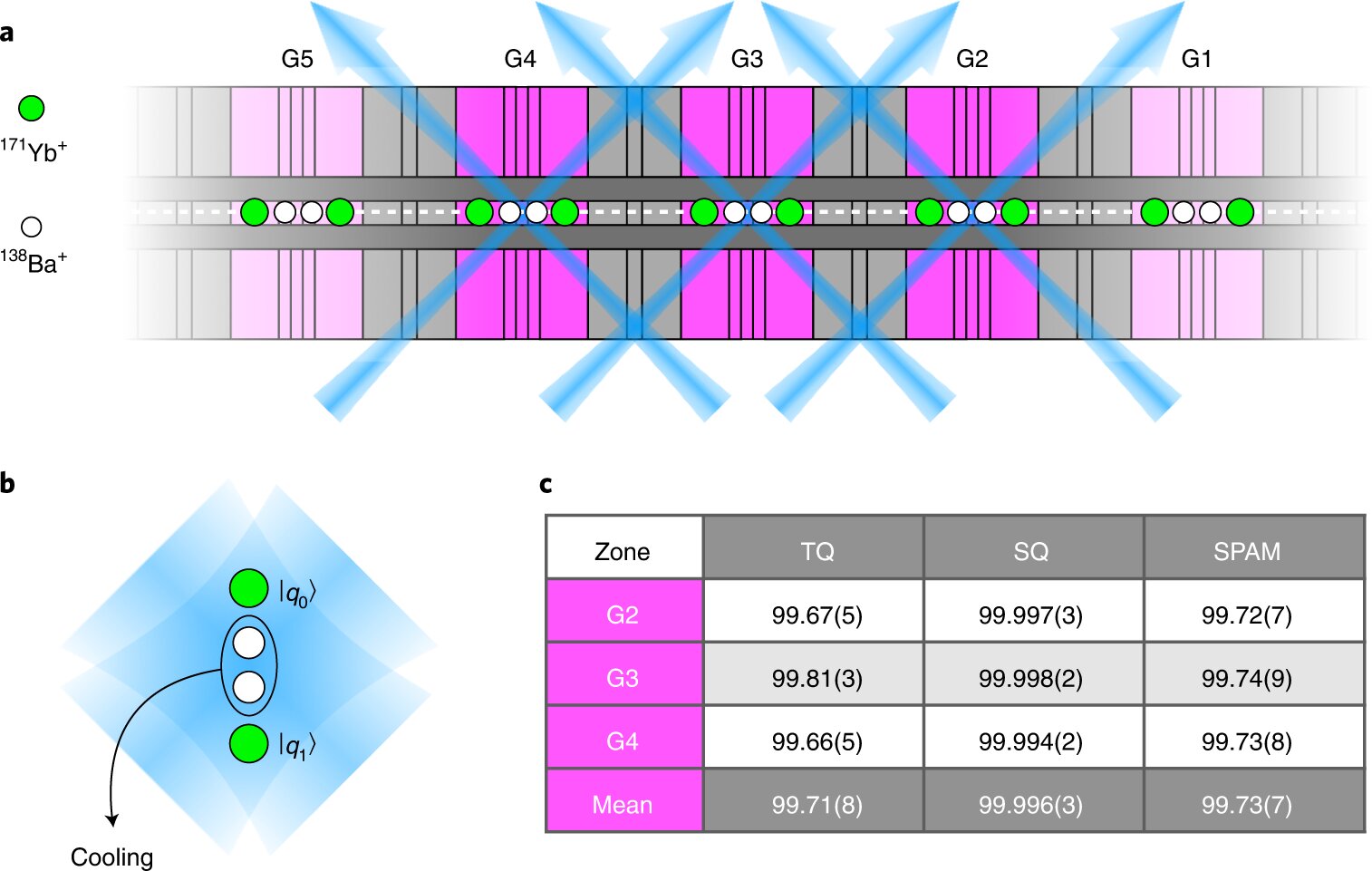 A team of researchers at Quantinuum, working with a colleague at the University of Texas, Austin, has developed a way to simulate infinitely many chaotic particles using a quantum computer running with a limited number of qubits. In their paper published in the journal Nature Physicsthe group describes their technique.

To learn more about how molecules behave in materials, researchers have come up with strategies to simulate their behavior on a computer. Such attempts have worked well with simple operations but have run into trouble when simulating complexity, such as an infinitely long line of interacting particles over a given period of time. Attempts on traditional supercomputers have bogged down, and researchers have theorized that a quantum computer could do the job quite nicely. In this new effort, the researchers have found that is indeed the case.

The researchers claim the key to running an algorithm capable of tackling such a problem came down to a design that not only carried out the operations needed to run the simulation but also to add code that would allow such a simulation to run with very few qubits. Once they had an algorithm that they thought would work, the team turned to the hardware. They chose a machine using qubits represented by ytterbium atoms—and they altered the number of qubits that were run from three to 11.

The researchers found that they were able to run their algorithm with such a small number of qubits because they built in a system that recycled the qubits—as one qubit was being used, those that had been used already were reset to their original state and then used again—a technique called holographic dynamics. This process was repeated as the simulation ran. To test the system, the researchers ran a simulation of a process that had already been verified using other techniques. The team plans to test the system with a simulation that cannot be demonstrated using a conventional supercomputer.