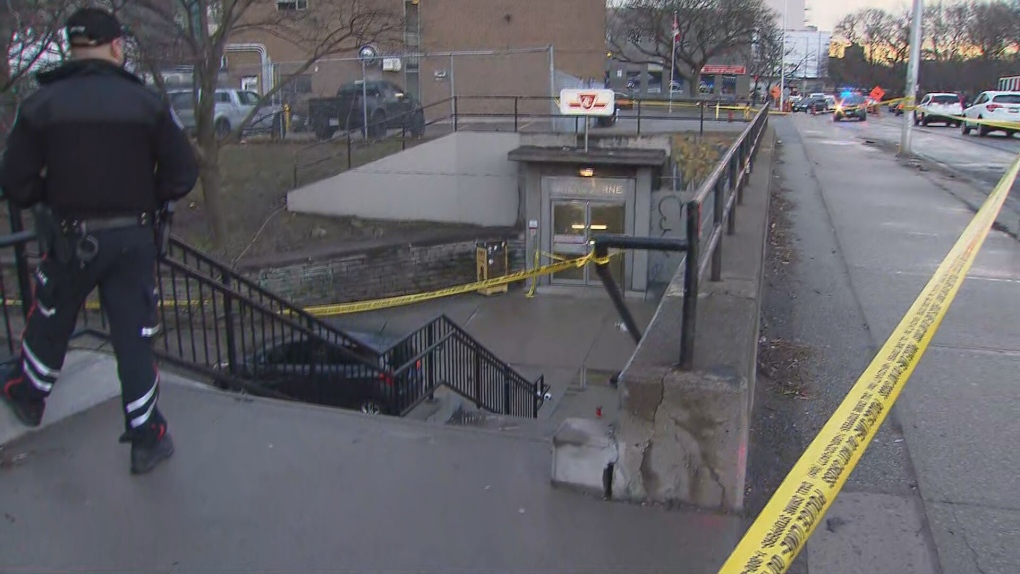 A man is dead after being shot outside a downtown Toronto subway station Thursday afternoon.

Toronto police said officers were called to the entrance of Sherbourne Station at Glen Road just after 5 pm for the sound of gunshots.

When officers arrived, they located a man with multiple gunshot wounds outside the entrance’s doors.

“An off-duty paramedic actually rendered first aid to the victim. He was transported to an area hospital in grave condition,” Duty Inspector Richard Harris said.

The victim was later pronounced dead, he said. The homicide unit has taken over the investigation.

Harris said the suspect was last seen on foot south on Glen Road and is described as a Black male who stands approximately five-foot-six to five-foot-seven with a medium build.

He was carrying a handgun, Harris added.

“We are actively looking for a suspect as we speak. This is very early on in the investigation, so there’s quite a bit of canvassing that needs to be completed,” he said.

“Hopefully, we’ll be able to piece this together in short order.”

Harris is appealing to anyone who was in the area at the time and has not spoken to police to contact investigators.