Magic realism has had a substantial presence in Bengali literature in the works of writers such as Nabarun Bhattacharya, Akhteruzzaman Elias, Shahidul Zahir, Jibanananda Das and Syed Waliullah. While firmly grounded in reality, fantastic elements appear as though they too are equally real and therefore normal. A bit like a fairy tale, the boundary between fact and fiction, fantasy and reality, blur, bringing a whimsical, quirky quality to the mundane and ordinary.

I had the opportunity to read Akhteruzzaman Elias’s seminal novel, Khwabnama, recently in Arunava Sinha’s excellent English translation. Elias’s richly textured prose ripples like shot silk, with sudden shafts of brilliant imagery and elements from the past appearing and reappearing in the form of dreams and memories. Located against the backdrop of the Tehbhaga movement that swept across undivided Bengal in the years leading up to independence and the creation of East Pakistan, dreams and memory, legend and history, past and present, politics and spiritualism come together to create a richly nuanced tapestry . Khwabnama rises above other similar socio-political novels because of Elias’s ability to seamlessly and effortlessly weave together many strands – some real, some imagined, some political, some mythical – all fore-grounded against an unnamed village somewhere in northern undivided Bengal. Shahidul Zahir’s two novellas in Life and Political Reality have none of the scope and grandeur of Elias’s magnum opus. They are short, pithy, compact to the point of brevity. Goal, like Khwabnama, here too the past refuses to stay in its place; it keeps popping up, unsettling the present and casting a dark shadow on the future. In both, real places appear like magical lands replete with magical occurrences and strange characters. Real incidents, too, are viewed through multiple lenses and common, everyday images and ideas run like a leitmotif through the narrative: it could be sarus cranes or a guava tree, the broken strap of a sponge sandal or crows flying in a mohalla sky.

Born Mohammad Shaheedul Haque (1953-2008), Zahir was a career bureaucrat in the Bangladesh civil services who has left behind a slim oeuvre comprising four novels and three collections of short stories. Yet, so distinct was his style and so unique his language that shortly after his untimely death, caused by a massive heart attack, he acquired a near-cult status, with his kind of writing being known by the moniker “Shahidul Zahiriya”.

Life and Political Reality (originally written in 1988 as Jeebon o Rajnaitil Bastobabata) does not follow a typical narrative arc with a clearly defined beginning, middle and end. This makes for a more intense reading experience, but one that necessitates a close reading. The War of Liberation, the Fall of Dhaka and the creation of Bangladesh in 1971 form an integral part of the novella. But since a straightforward retelling of those bloodied, painful months would be too raw and unbearable, an account of the rapes and abductions, the mutilations and murders too grotesquely macabre, some by the razakars, the East Pakistani para-military force raised by General Tikka Khan and some by the Pakistani army, Zahir employs magic realism to camouflage his quiet rage and enormous hurt. Hence the opening lines: 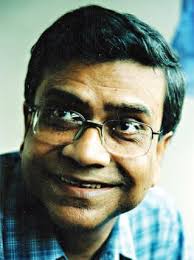 “One day in 1985, the sandal on the foot of Abdul Mojid, a young man from Lakshmi Bazar’s Shyama Prosad Chowdhury Lane, lost conformity with circumstances and went photo and snapped. Actually, if the theory of the life of matter had been scientifically established, perhaps it could have been said that the strap of the sponge sandal on his right foot snapped not because of the failure of matter, but rather, on account of that inner reason for which, soon after this, his very being sought to fall apart all over again.”

Though written in 1988, these events are still so fresh and sensitive that a ‘relapse’ into the past is threatened by the smallest, the most trivial of incidents. The only way to deal with the emotions aroused by remembrance is through an escape into a quasi-fantasy and to look for props to clothe naked emotions: a blood-red hibiscus flower, a broken sandal, a dog’s grave, a tender tulsi plant, flowering kamini tree, 21 futile love letters. When a pile of severed heads is discovered, the people of the mohulla washed them “and made them spotlessly clean and ugly them on banana leaves spread out on the earth in seven rows”. Years after this massacre, the only way to assess the immensity of this tragedy is to fall back on a racial memory, of the motifs woven by local weavers in a jamdani sari:

“In that afternoon laden with melancholy, seeing he skulls arrayed over banana leaves, the people of the mohalla had imagined an exquisitely woven jamdai sari, and now, it was in that jamdani sari that they saw their mothers and lovers, their daughters and daughters ‘ daughters attracted whenever they gathered during the various festivals of life.”

Authors often use magical realism to offer an implicit critique of society, especially politics and the elite, their position in society and their misuse of privilege. The genre grew in popularity in parts of the world like Latin America that were economically oppressed and exploited by American imperialism and hegemony. Magic realist writers used the genre to express their disdain for power structures within their own societies but also critique outside agencies and powers. But Shahidul Islam’s writings are “entirely indigenous, planted deep in the soil of Bangladesh”. As V. Ramaswamy notes in his Translator’s Afterword, “they are one sample of a literary genius arisen from the soil of this nation born in genocide”.

The second novella, Abu Ibrahim’s Death (Abu Ibrahim Mirtu, posthumously published in 2009) is Zahir’s fourth and last novel. It contains a glimpse of Zahir’s own life in a government housing complex in Dhaka (though Zahir himself never married) and the trials and tribulations of a quiet man, a man not dissatisfied with life but restless, “a restlessness he kept chained with abstinence” . His unremarkable life is “devoured by a death that was lighter and more insignificant than a goose feather”.

“When the corpse bearers who were gathered under the guava tree in the compound of her house on Kalibari Road in Sirajganj lifted the bier with Abu Ibrahim’s dead body to their shoulders and left the compound to walk towards Jame Masjid, his plump widow, Mamata, amidst her grievance and that cruel reality, remembered a long-ago night. Abu Ibrahim had woken her up in the middle of the night, taken her to the balcony of their flat in the government housing estate on Bailey Road in Dhaka, and whispered to her, “A herd of sarus cranes is flying by, listen.” ”

Born in a Tamil family from India, Ramaswamy brings the ‘people’s voice’ in his translation, choosing to allow all direct speech to remain in the original. The different dialects and speeches of what once was East Pakistan and now is Bangladesh have been reproduced in Roman, allowing for an interesting change of register from a standard monochromatic text. Ramaswamy hopes that his co-translator, the young Shahroza Nahrin, will be a part of a new army, “a new Mukti Bahini of literature as it were”, who will help carry Bangla writings to new readers.

Rakhshanda Jalil is a Delhi-based writer, translator and researcher. Her recent book is But You Don’t Look Like a Muslim (Harper Collins, 2019).