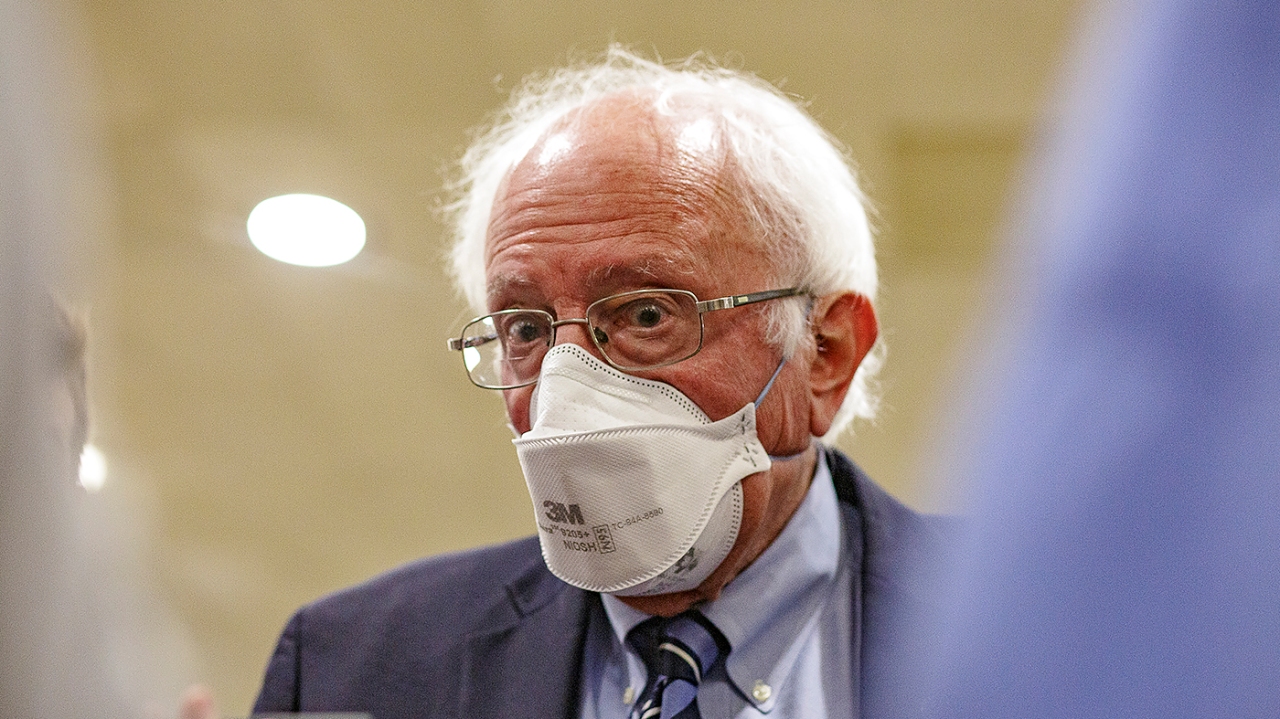 “According to the [Congressional Budget Office] and other economic organizations that have studied this bill, it will have a minimal impact on inflation,” Sanders declared on the Senate floor to open debate on the 755-page bill, which will raise taxes on corporations, fight climate change and reduce some prescription drug costs.

The line of criticism echoed what Senate Republicans have said for days in pointing to a Penn Wharton analysis concluding the bill will have a negligible impact on inflation.

Sanders argued the Democratic bill falls far short of what is needed when Americans are growing increasingly disillusioned with government and a tiny fraction of wealthy individuals and families own a hugely disproportionate share of the nation’s wealth.

He pointed to the lower standard of living many younger people know expect compared to their parents’ generation, the daunting cost of housing for people starting out in the work world and the stagnation of wages.

He complained the bill doesn’t address the fact that CEOs of major corporations make 350 times as much as their workers, or do more to improve a health care system.

“This bill does nothing to address the systemic dysfunctionality of the American health care system,” he charged.

He also noted the bill “as currently written does nothing” to address the nation’s rate of childhood poverty, a pointed reference to Sen. Joe Manchin’s (DW.Va.) opposition to including an extension of the expanded child tax credit — which expired at the end of last year — in the bill.

He said the bill also fails to address the nation’s affordable housing crisis.

“Yep, you guessed it. This bill does nothing to address the major housing crisis that we face or build one unit of safe and affordable housing. Just another issue that we push aside,” he grumbled.

He said “the good news” is the bill would allow Medicare to negotiate prescription drug prices with the pharmaceutical industry but the “bad news” is the provision does not go into effect for four years, at which time only 10 drugs will be covered.

“This provision will have no impact on the prices for Americans not on Medicare. Those prices will continue to rise uncontrollably,” he said.

Sanders announced he will offer an amendment that would require Medicare to pay no more for prescription drugs than the Department of Veterans Affairs.

He said that proposal would save Medicare $900 billion over the next decade.

In a floor speech Wednesday, he said he would use that money to lower the Medicare eligibility age to 60 and extend Medicare benefits to cover vision, hearing and dental care.

Sanders told reporters earlier Saturday that he plans to offer three other amendments to the bill related to prescription drugs and Medicare.

One amendment would expand Medicare to provide dental, vision and hearing benefits, another would provide $30 billion to establish a Civilian Conservation Corps to combat climate change, and a fourth would expand the $300 per month Child Tax Credit for the next five years.

His arguments, however, are largely falling flat with Democratic senators who say they won’t vote for any amendments that could jeopardize the support of Manchin and fellow centrist Sen. Kyrsten Sinema (D-Ariz.).

A Democratic senator said Schumer has urged colleagues not to offer amendments to the bill that could upset the carefully crafted compromise he reached with Manchin and Sinema after weeks of negotiation.

One Democratic aide said Sanders’s insistence on voting on his amendments would delay final passage of the bill.

But Schumer has limited leverage over Sanders, who as chairman of the Budget Committee, has the official role of managing the floor debate on the bill, which is being moved under special budgetary reconciliation rules to circumvent a GOP filibuster.

He hailed it as a major victory because it would set an important precedent of empowering the government to negotiate with the pharmaceutical industry.

“I think there is a big reason PhRMA is fighting this so hard. They know once you put negotiation into law, embedded into law, there will be no turning back. That’s what this all about,” he said, he referring to the pharmaceutical industry’s trade association. “This is a seismic shift between government and this lobby.”