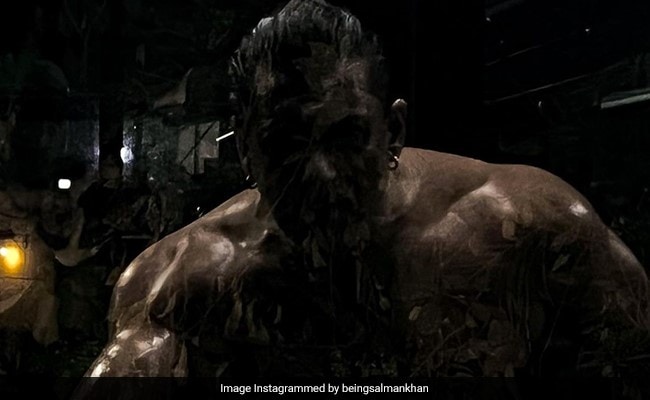 Were you missing Salman Khan and his social media posts? If yes, then the actor has a surprise for you. Salman Khan has shared a shirtless photo online and it is breaking the internet. The edited photo shows Salman posing in the gym with leaves around him. The edited photo has been captioned as “Green leaves matter! @beingstrongglobal #BeingStrong.” Salman Khan’s latest photo has close to eight lakh likes and fans are leaving unmissable comments. One wrote, “Salluuu rocked everyone shocked.” Another one commented, “Wah Kya look hai Mashallah.” “Tiger wala look,” said another. One more comment reads, “Tiger is back.”

In February, Salman Khan had shared another shirtless photo of himself and it had gone viral on the web. With over fourteen lakh likes, Salman’s gym photo was liked and shared by many. In the photo, Salman was seen doing pullups and his back was facing the camera. He had captioned the photo as “Getting back! @beingstrongglobal.”

Check out the photo here:

In one of his earlier social media posts, Salman Khan had shown his toned abs and was seen wearing just a cap. The photo was captioned as “Yeh being human topi achi hai na .. @beinghumanclothing @beingstrongglobal.”

Here, check out the photo:

On the work front, Salman Khan will next be seen in Tiger 3 with Katrina Kaif. The film will release on April 21, 2023, in Hindi, Tamil, and Telugu. Salman is also making his South debut with Godfather, co-starring Chiranjeevi. The actor has completed the shoot of the film.