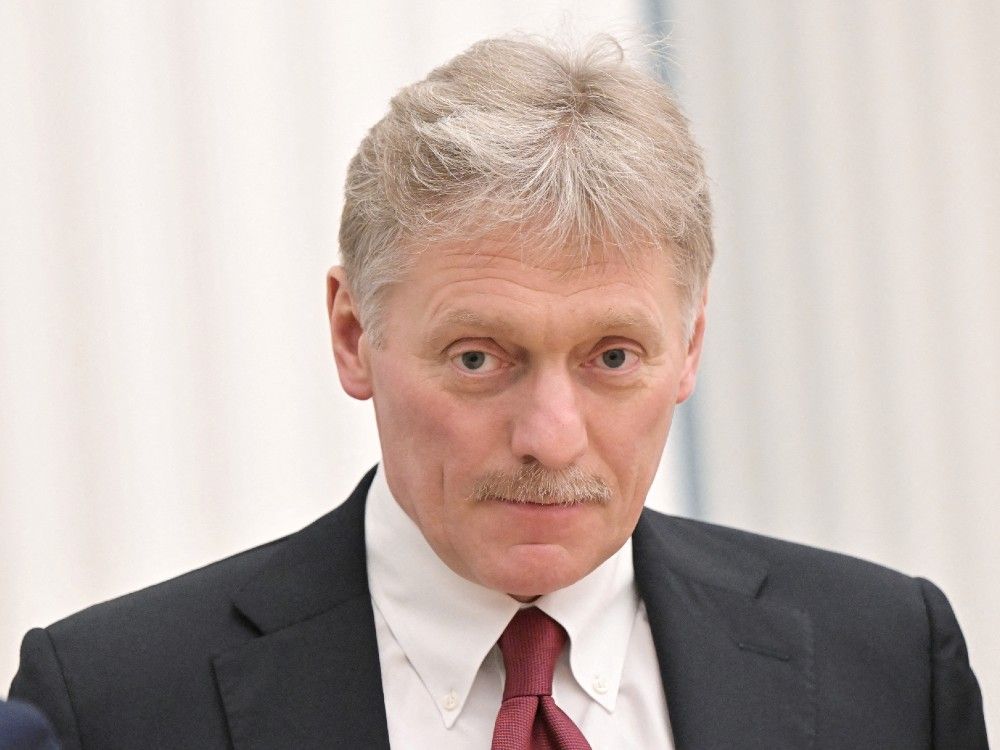 ‘We have significant losses of troops. It’s a huge tragedy for us,’ said spokesman Dmitry Peskov

Author of the article:

The Kremlin said on Friday that what it calls Russia’s “special operation” in Ukraine could end in the “foreseeable future” since its aims were being achieved and work was being carried out by both the Russian military and Russian peace negotiators.

Russia has previously acknowledged its attack has not progressed as quickly as it wanted, but on Thursday Kremlin spokesperson Dmitry Peskov lamented the rising death toll.

In an interview with Sky News, Peskov said, “We have significant losses of troops. It’s a huge tragedy for us.”

NATO estimates that Russia has lost 7,000 to 15,000 troops during the six-week war — a starting number — while Ukraine puts the toll at 18,600. Those rival figures, if not exceed, the 14,453 lost during the Soviet Union’s roughly 10-year war in Afghanistan and the 11,000 Russian service members who died in the two Chechen wars.

Russia puts the official military death toll of the Ukrainian campaign at 1,351.

Peskov vaguely discussed the possibility of ending the war in Ukraine.

“Our military are doing their best to bring an end to that operation,” he told the publication. “And we do hope that in coming days, in the foreseeable future, this operation will reach its goals or will finish it by the negotiations between Russian and Ukrainian delegation.”

He did not provide more details on how the “special operation” in Ukraine would end.

However, earlier this week while speaking in Brussels, NATO Secretary General Jens Stoltenberg said the war could last “for weeks, but also months, and possibly also for years.”

“We have no indication that President Putin has changed his overall goal. That is to control Ukraine and to achieve significant military victories on the battleground. We don’t see a Russian retreat,” he said. “What we see is Russian regrouping and repositioning of their forces.”

A “big Russian offensive” is expected in Donbas, he said.

Ukraine’s Foreign Minister Dmytro Kuleba has been calling on NATO to provide weapons that he said are needed urgently.

“I came here today to discuss three most important things: weapons, weapons, and weapons. Ukraine’s urgent needs, the sustainability of supplies, and long-term solutions which will help Ukraine to prevail,” Kuleba wrote on Twitter.

Met with Secretary General @jensstoltenberg at NATO HQ in Brussels. I came here today to discuss three most important things: weapons, weapons, and weapons. Ukraine’s urgent needs, the sustainability of supplies, and long-term solutions which will help Ukraine to prevail. pic.twitter.com/247GdqdPwj

“The battle of Donbas will remind you of the Second World War,” he said, speaking in Brussels. “Either you help us now…or your help will come too late.”

Peskov also said Moscow understood that some countries that had tried to adopt a balanced position had been subjected to pressure to vote on Thursday to suspend Russia from the UN Human Rights Council.

The UN General Assembly on Thursday suspended Russia from the Council over reports of “gross and systematic violations and abuses of human rights” in Ukraine, prompting Moscow to announce it was quitting the body.

With additional reporting from Reuters and the Washington Post