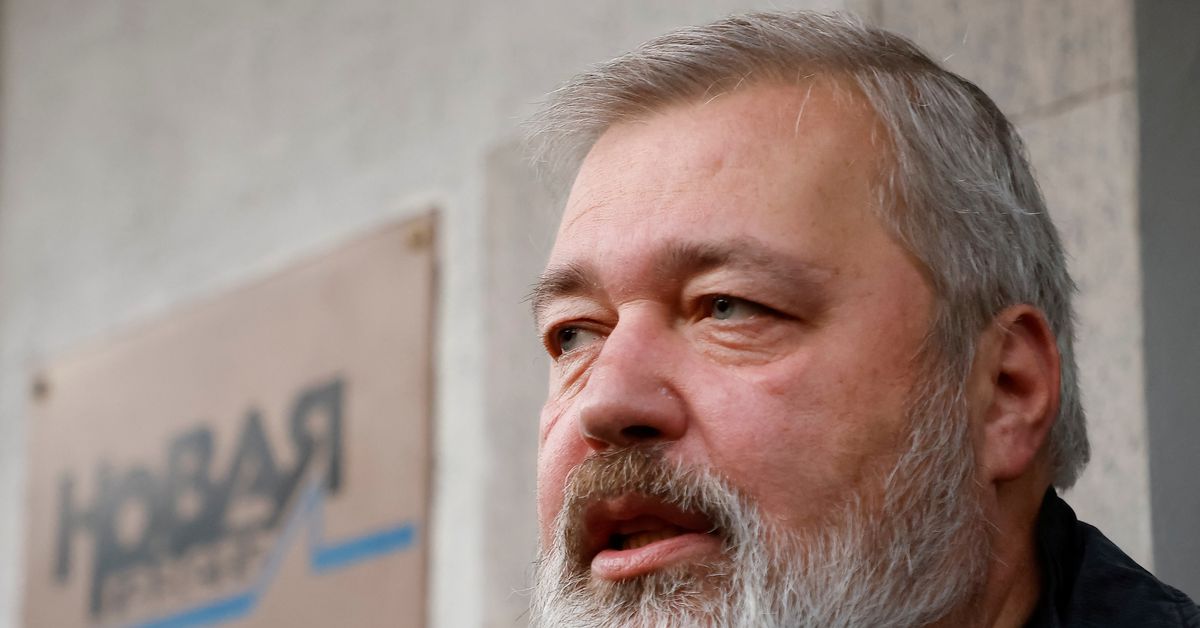 April 7 (Reuters) – The Russian co-winner of last year’s Nobel Peace Prize, Dmitry Muratov, was attacked on a train with red paint on Thursday, he said, in an apparent protest at his newspaper’s coverage of Russia’s invasion of Ukraine.

Muratov’s Novaya Gazeta investigative newspaper last week announced it was suspending its online and print activities until the end of what Russia calls its “special operation” in Ukraine after a second warning from the state communications regulator.

Pictures posted by the newspaper on the Telegram messaging app showed Muratov with red paint on his head and clothes and around his sleeping compartment on a Moscow-Samara train.

“They poured oil paint with acetone all over the compartment. Eyes burning badly,” the newspaper quoted Muratov as saying.

“Muratov, this is for you from our boys,” the post quoted the attacker as saying.

Pressure against liberal Russian media outlets has mounted since Moscow sent troops into Ukraine in February, with most mainstream media and state-controlled organizations sticking closely to the language used by the Kremlin to describe the conflict.

Several opposition activists have reported threatening messages painted on the doors of their apartments.

Russia says its “special military operation” in Ukraine is necessary because the United States was using Ukraine to threaten Russia and Moscow had to defend Russian-speaking people in Ukraine from persecution.

Ukraine and critics in Russia have dismissed Kremlin claims of persecution and say Russia is fighting an unprovoked war of aggression. NATO and other Western allies have imposed stiff sanctions on Russia in efforts to put economic pressure on Russia over its invasion.