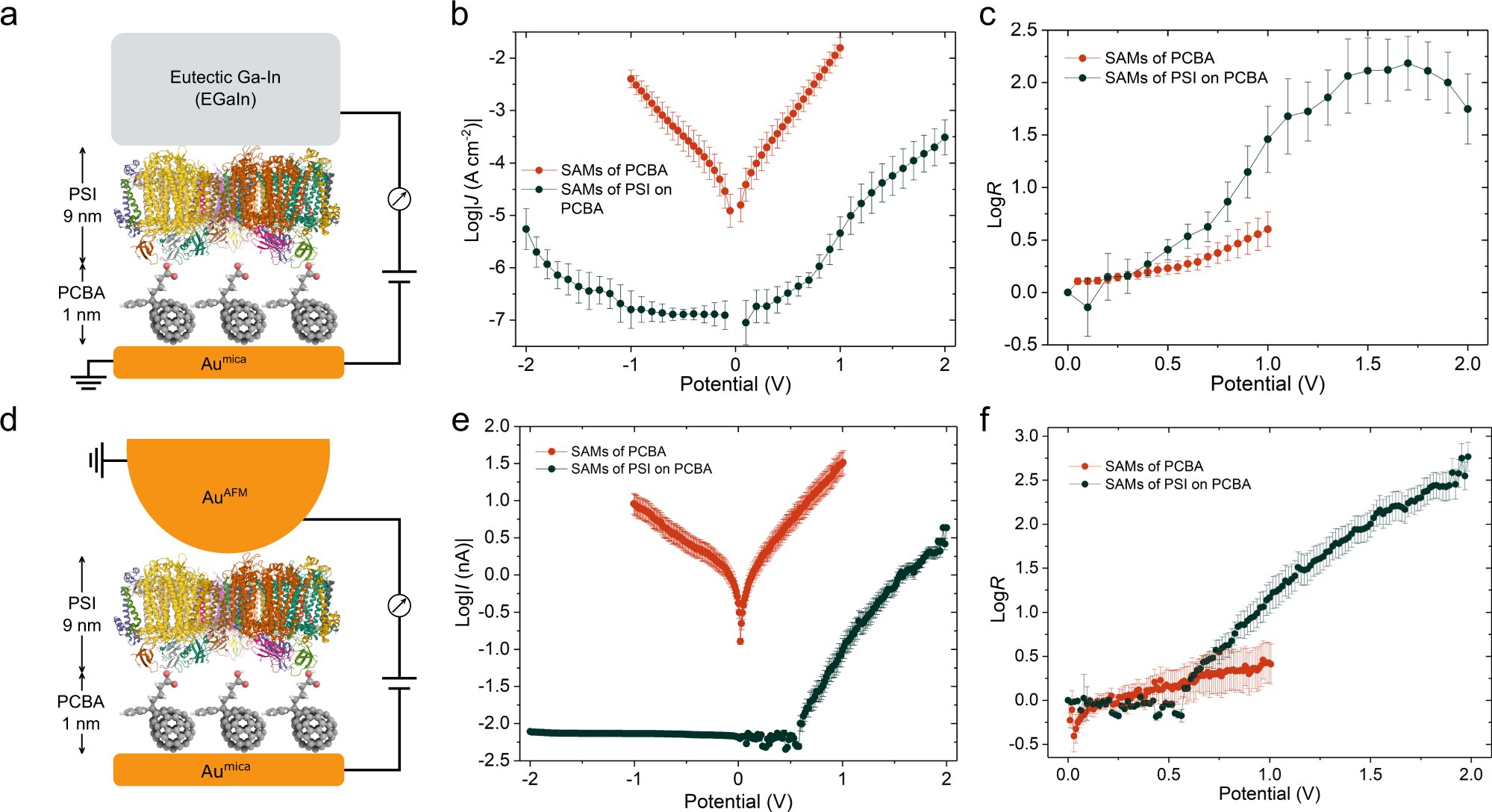 In a proof-of-concept study, researchers have created self-assembled, protein-based circuits that can perform simple logic functions. The work demonstrates that it is possible to create stable digital circuits that take advantage of an electron’s properties at quantum scales.

One of the stumbling blocks in creating molecular circuits is that as the circuit size decreases the circuits become unreliable. This is because the electrons needed to create current behave like waves, not particles, at the quantum scale. For example, on a circuit with two wires that are one nanometer apart, the electron can “tunnel” between the two wires and effectively be in both places simultaneously, making it difficult to control the direction of the current. Molecular circuits can mitigate these problems, but single-molecule junctions are short-lived or low-yielding due to challenges associated with fabricating electrodes at that scale.

“Our goal was to try and create a molecular circuit that uses tunneling to our advantage, rather than fighting against it,” says Ryan Chiechi, associate professor of chemistry at North Carolina State University and co-corresponding author of a paper describing the work.

Chiechi and co-corresponding author Xinkai Qiu of the University of Cambridge built the circuits by first placing two different types of fullerene cages on patterned gold substrates. They then submerged the structure into a solution of photosystem one (PSI), a commonly used chlorophyll protein complex.

The different fullerenes induced PSI proteins to self-assemble on the surface in specific orientations, creating diodes and resistors once top-contacts of the gallium-indium liquid metal eutectic, EGaIn, are printed on top. This process both addresses the drawbacks of single-molecule junctions and preserves molecular-electronic function.

“Where we wanted resistors we patterned one type of fullerene on the electrodes upon which PSI self-assembles, and where we wanted diodes we patterned another type,” Chiechi says. “Oriented PSI rectifies current—meaning it only allows electrons to flow in one direction. By controlling the net orientation in ensembles of PSI, we can dictate how charge flows through them.”

The researchers coupled the self-assembled protein sets with human-made electrodes and made simple logic circuits that used electron tunneling behavior to modulate the current.

“These proteins scatter the electron wave function, mediating tunneling in ways that are still not completely understood,” Chiechi says. “The result is that despite being 10 nanometers thick, this circuit functions at the quantum level, operating in a tunneling regime. And because we are using a group of molecules, rather than single molecules, the structure is stable. We can actually print electrodes on top of these circuits and build devices.”

The researchers created simple diode-based AND/OR logic gates from these circuits and incorporated them into pulse modulators, which can encode information by switching one input signal on or off depending on the voltage of another input. The PSI-based logic circuits were able to switch a 3.3 kHz input signal—which, while not comparable in speed to modern logic circuits, is still one of the fastest molecular logic circuits yet reported.

“This is a proof-of-concept rudimentary logic circuit that relies on both diodes and resistors,” Chiechi says. “We’ve shown here that you can build robust, integrated circuits that work at high frequencies with proteins.

“In terms of immediate utility, these protein-based circuits could lead to the development of electronic devices that enhance, supplant and/or extend the functionality of classical semiconductors.”

The research appears in NatureCommunications.