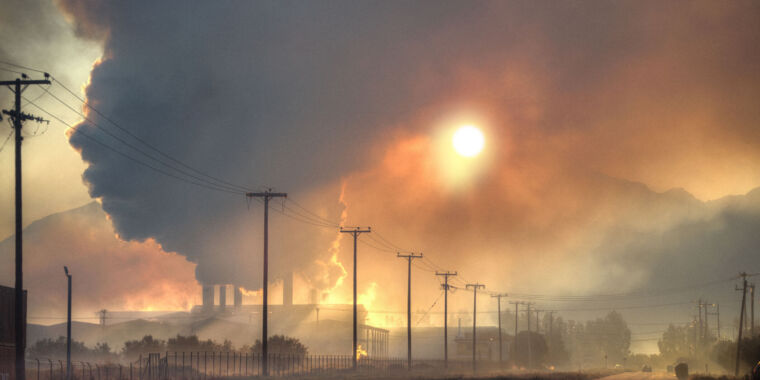 Our previous episode of Edge of Knowledge peeped back in time a few billion years to explore the origins of life on Earth, but now we aim our lens in a different direction. Rather than looking at the distant past to see how life began, this episode looks to the near future—specifically, at the ways in which Earth’s climate might change over the next few decades.

First, let’s get this bit of inconvenient truth out of the way: anthropogenic climate change—that is, climate change caused by humans—is well-established science. The evidence is overwhelming, and attempted rejects are incomplete, flawed, or fabricated. The questions we need to be answering, as Paul points out in the video, aren’t “Is this even happening?” or “Should we do something?” The questions we’re now faced with are “How bad is it going to get?” and “What, exactly, do we need to be doing?”

Earth itself is a complex pile of systems that all interact with each other, and climate change alters the balance of those systems. As those systems seek to rebalance, the Earth’s climate shifts in direct response—ocean current patterns change, which affects temperature and weather we experience on land (remember, for example, that the UK’s temperate climate derives much of that temperance from the Gulf Stream current —if that shifts or changes, the UK would become a much less pleasant place to live). Melting polar ice will cause sea levels to rise, and thawing permafrost may also release more trapped carbon dioxide into the atmosphere. Rising atmospheric and ocean temperatures lead to stronger tropical cyclones, which devastate coastal communities.

So, back to Paul’s question: “What, exactly, do we need to be doing?”

There are some deceptively simple answers. Obviously, a broad reduction in greenhouse gas emissions would be a major step forward, but “just reduce greenhouse gas emissions” isn’t exactly helpful advice—that’s like saying the best way to cure cancer is to stop having cancer. The levels of greenhouse gas emissions globally are tied to the domestic and foreign policy decisions of most of the countries on Earth and are driven less by individual choices than they are by the interplay of humanity’s vast interlinked economic systems. As a species, we are still addicted to the things that underpin climate change because many of those things were responsible for our transformation from agricultural economies to industrial economies to information economies.

There’s a long way to go and a lot of ground to cover here. And we still have three more episodes of Edge of Knowledge, where we’ll be tackling some more existential-type questions. Stay tuned!