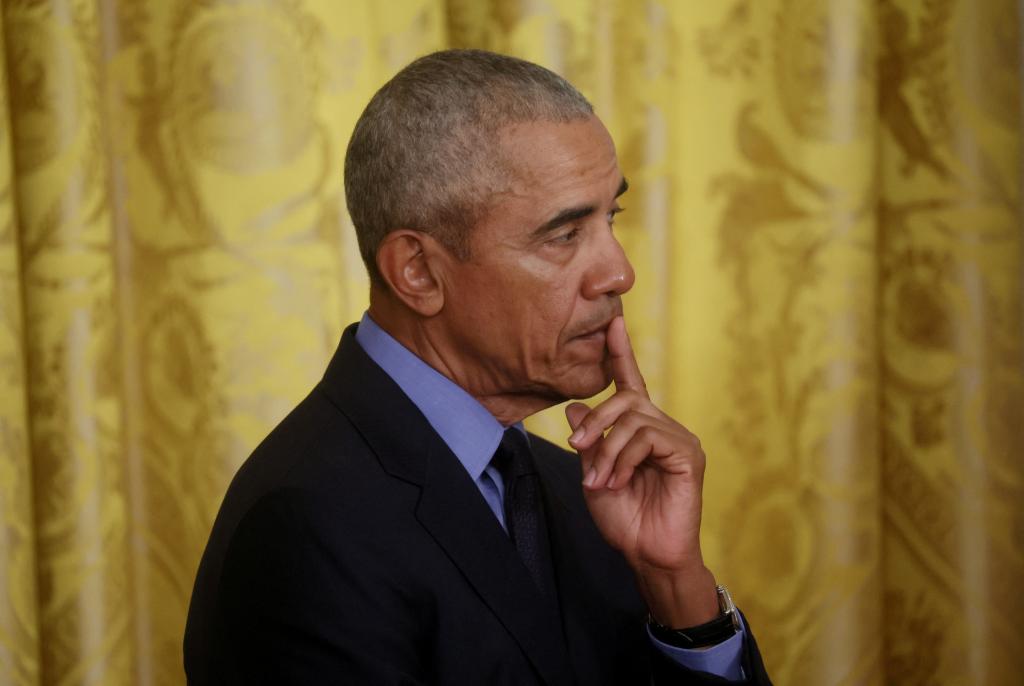 Former President Obama was called out on Twitter Thursday for presenting what some called a “revisionist history” about his record with Russia.

The former president was participating in the “Disinformation and the Erosion of Democracy” conference at the University of Chicago, where he told the audience and The Atlantic editor-in-chief Jeffrey Goldberg, that he had been encouraged by the global response to aid Ukraine after Russian President Vladimir Putin invaded the country in February. He also remarked that when he was president, he recalled having to “drag” US allies to take action against Russia.

“I will say that, as someone who grappled with the incursion into Crimea and the eastern portions of Ukraine, I have been encouraged by the European reaction. Because, in 2014, I often had to drag them kicking and screaming to respond in ways that we would’ve wanted to see, from those of us who describe ourselves as Western democracies,” the former president said.

However, Obama’s portrayal of how his presidency was tough on Russia didn’t ring true to many people on Twitter, who criticized and mocked the president for his memory on the issue.

Mark Hemingway, senior writer at RealClearInvestigations, mocked Obama, tweeting, “’grappled’ = did nothing after spending years mocking anyone that thought Russia was threatening and still refused to arm Ukraine.”

Several users remembered Obama’s infamous 2012 presidential debate moment, where he mocked Republican nominee Mitt Romney for calling Russia our number one geopolitical foe. Obama said at the time, “the 1980s” called and they “want their foreign policy back.”

Stephen Miller, contributing editor to The Spectator, shared an image of Romney, laughing.

“Anybody know if @JeffreyGoldberg asked Obama about his ‘the ’80s called’ jab at Romney? Would be a good question at a conference about disinformation,” Free Beacon reporter Chuck Ross said.

“Umm I definitely remember this going a little differently. What I remember is that after Russian separatists shot down a civilian airliner and Russia invaded a sovereign country, we just passed weak and targeted sanctions. All because Obama wanted Putin’s help [w] Iran deal,” he tweeted.

“And then Obama was publicly thanking Putin less than a year later for that deal. It was no wonder Putin assumed the international costs of another invasion of Ukraine would be relatively low,” he added.

At this same event, Obama also told how Putin had always been “ruthless” but “five years ago,” he wouldn’t have predicted Putin would’ve invaded Ukraine.

“For him to bet the farm in this way I’m not—I wouldn’t have necessarily predicted from him five years ago,” he said.

Paul Niland, a businessman who has resided in Ukraine for 20 years, noted that Russia invaded Ukraine 8 years ago when he was still president.

Conservative author and columnist Derek Hunter highlighted the time Obama was caught on a hot mic telling Russian President Dmitry Medvedev in 2012, “I’ll have more flexibility” after the election. Medvedev responded by telling Obama he would relay his message to Putin.

Even former Obama White House officials agree his administration was soft on Russia.

Obama’s former Director of National Intelligence, James Clapper, admitted this week on CNN that his presidency should’ve been tougher on Russia in 2014 when they invaded and annexed Crimea.