Nikki Grahame’s mother Sue broke down as she recalled the moment she saw her daughter carried away in a body bag after the Big Brother star’s death from anorexia.

Reality star Nikki died in April last year at the age of 38 having battled the eating disorder since the age of eight.

During Channel 4 documentary Nikki Grahame: Who Is She? on Thursday, Sue cried as she said she stroked Nikki’s head from the outside of the body bag as her daughter was carried away. 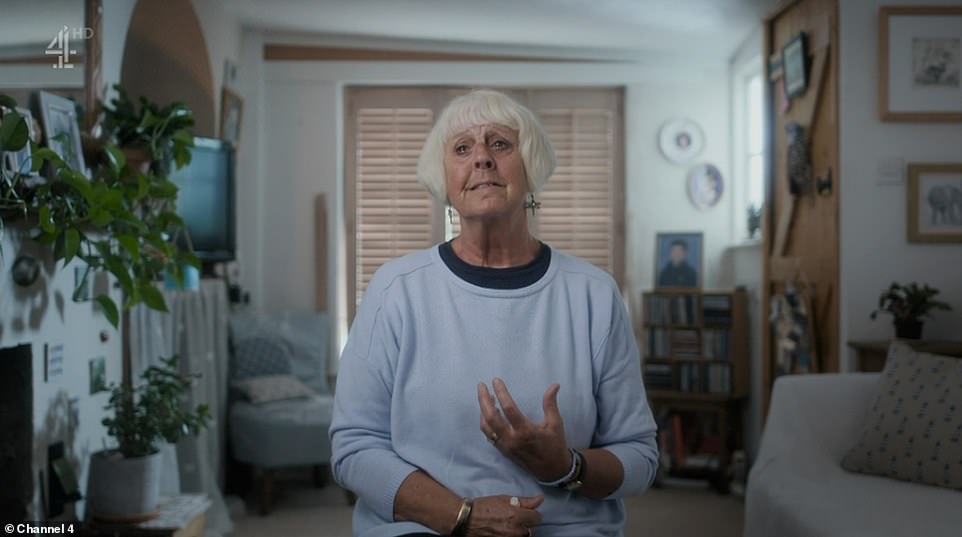 Heartbroken: Nikki Grahame’s mother Sue recalled the moment she saw her daughter carried away in a body bag after the Big Brother star’s death in documentary Who Is She? on Thursday

She said: ‘Watching them put my little girl in a bag and taking her down in the lift, and I said to them, “Can you tell me which end her head is?”, and they said, “Yes, up here.”

‘I just stroked it from the outside. They took her away and I didn’t see her again.

‘Part of me has died. I miss her more than I can say.’ 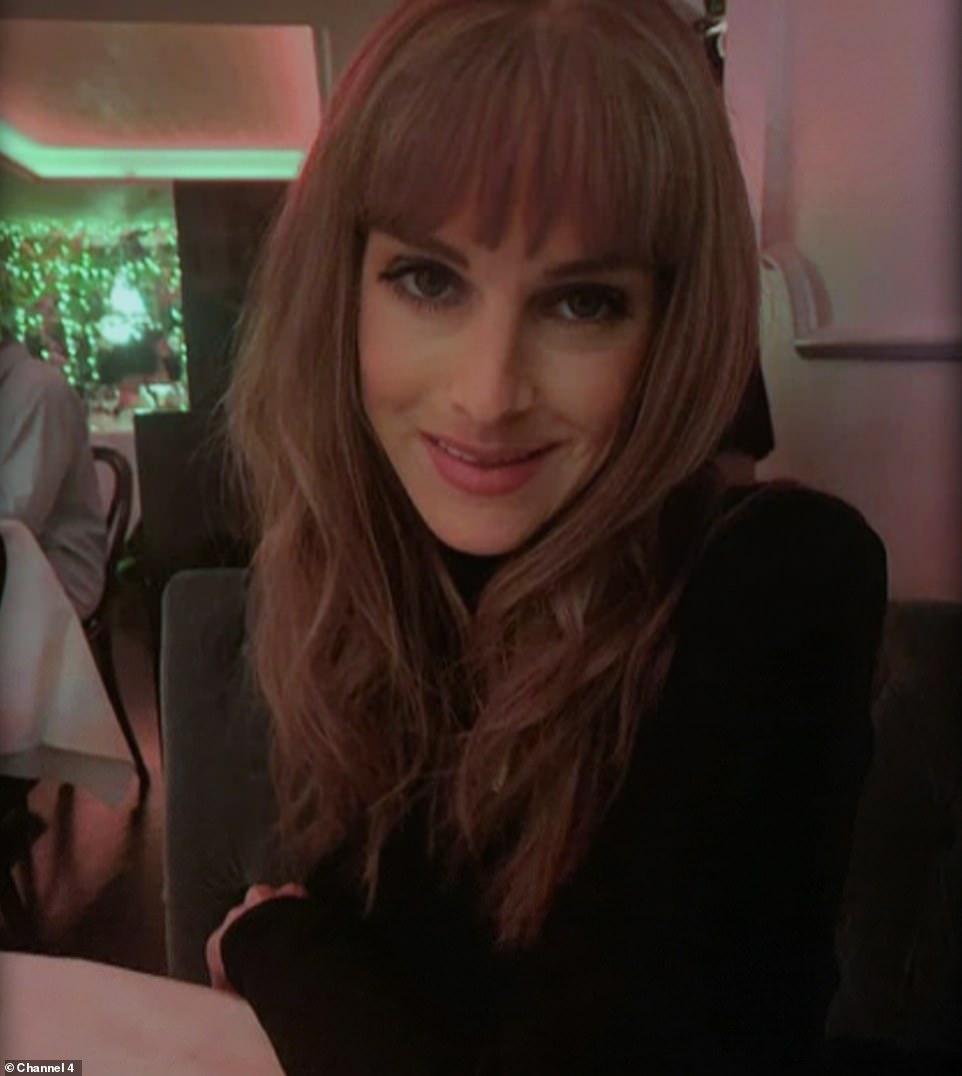 Loss: Reality star Nikki died in April last year at the age of 38 having battled the eating disorder since the age of eight 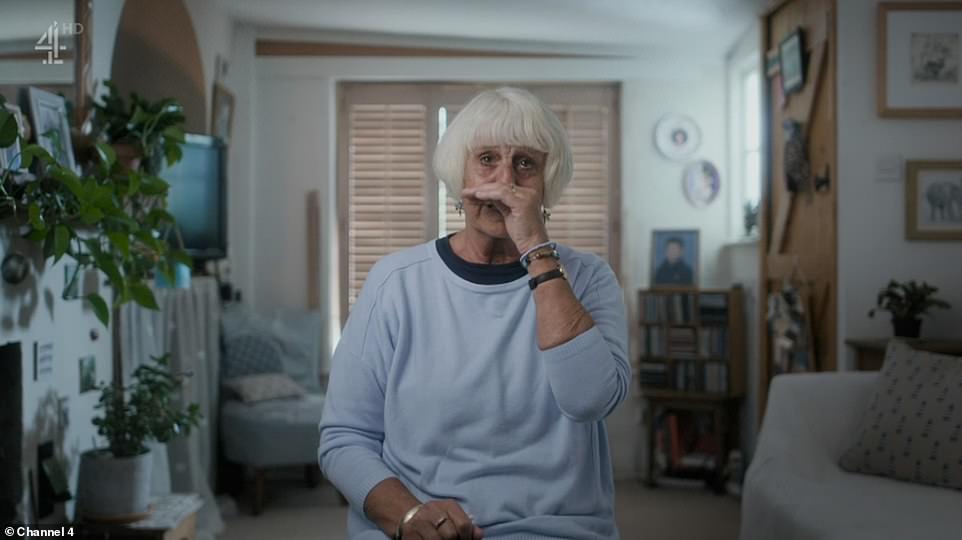 Devastating: During Channel 4 documentary, Sue cried as she said she stroked Nikki’s head from the outside of the body bag as her daughter was carried away

Her heartbroken mother said she thought Nikki had a ‘premonition’ about her death as the nation went into lockdown in 2020 as the coronavirus pandemic took hold.

She said the reality star called to tell her how frightened she was to be cut off from the world, telling her: ‘Mum, I don’t know how I’m going to get through this.’

Devastated fans took to Twitter to pay tribute to Nikki as the documentary aired, with one person writing: ‘The reality of eating disorders is heartbreaking, it can take out of an entire person… the battle that Nikki talks about is one that so many have had to face … the want to get well but not feeling able to #nikkigrahame.’

Another viewer posted: ‘She was a grand lass, so she was! Really enjoyed every second we had her and truly wish she was still with us all. #NikkiGrahame #WhoIsShe.’

Someone else shared: ‘Lockdown was the sad downfall of beautiful #nikkigrahame. Another life lost, and not because of COVID. #anorexia #tragic #heartbreaking.’ 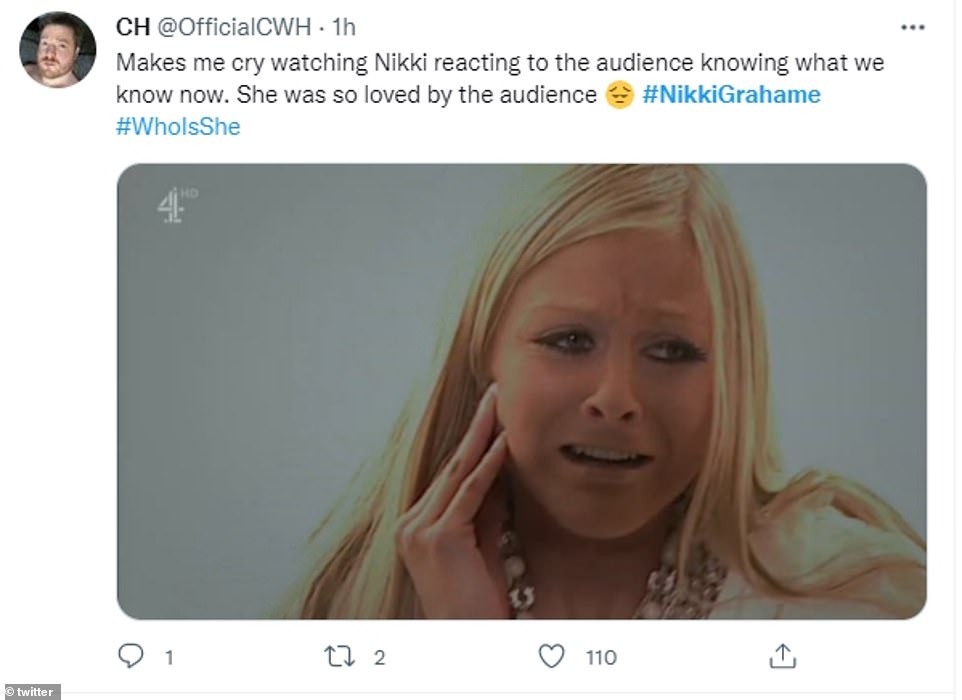 Paying their respects: Devastated fans took to Twitter to pay tribute to Nikki as the documentary aired

‘So truly heartbreaking to see the torment Nikki went through,’ posted another viewer. RIP Nikki, you were loved by so many #nikkigrahame.’

Another audience member tweeted: ‘Totally heartbreaking watching the #nikkigrahame documentary she really was the queen of BB, totally bawled my eyes out the whole way through it!

‘A tough but super important watch, really hope anyone with a ED who watches it gets the help they need.’

Screen star: Fans paid tribute to the TV personality who appeared on the seventh series of the reality show in 2006

One other fan wrote: ‘This was so sad to watch. No celebrity death has affected me as much as Nikki’s. She really didn’t deserve what happened #nikkigrahame.’

Meanwhile, another viewer posted: ‘I still, and will likely always, feel so sad at the thought that #NikkiGrahame ever thought she wasn’t enough. She was unique, funny, heartwarming and honest.’

‘Heartbreaking,’ wrote someone else. ‘What a powerful documentary, which should go some way to showing just how absolutely vital our mental health services are. #nikkigrahame.’ 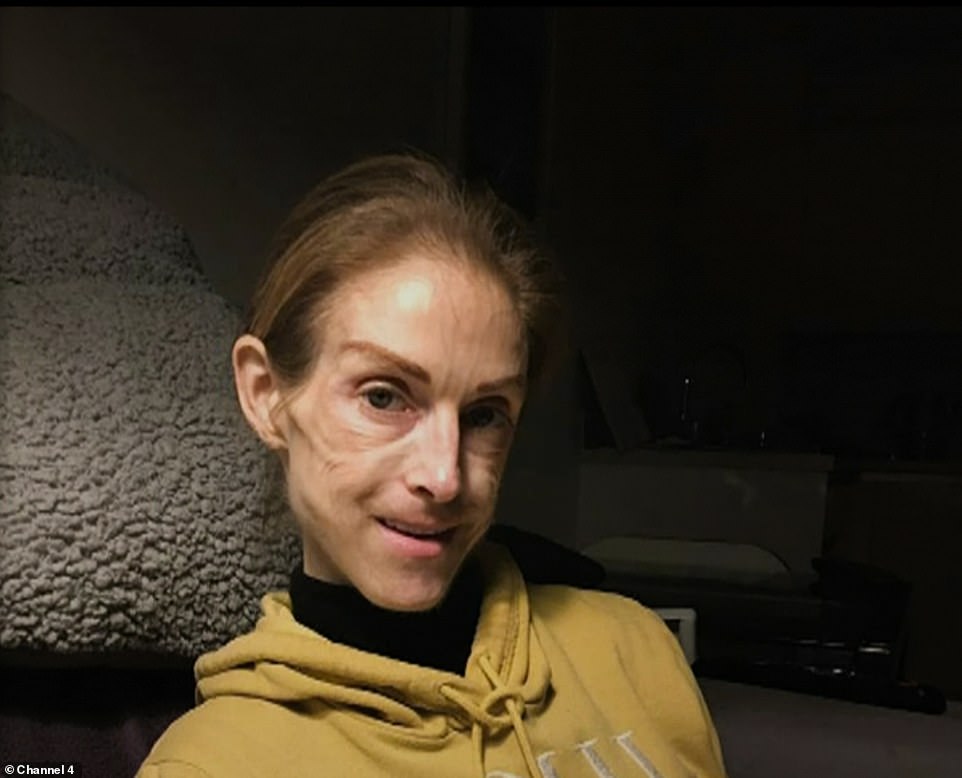 Scared: Her heartbroken mother said she thought Nikki had a ‘premonition’ about her death as the nation went into lockdown in 2020 as the coronavirus pandemic took hold

Another viewer posted: ‘Heartbreaking stuff loved Nikki and have so much respect for her mum for this documentary, I only hope it helps others lots of love x #WhoIsShe #NikkiGrahame.’

Sue said this week that Nikki was so ‘pitiful’ she could not walk up the stairs when she died. 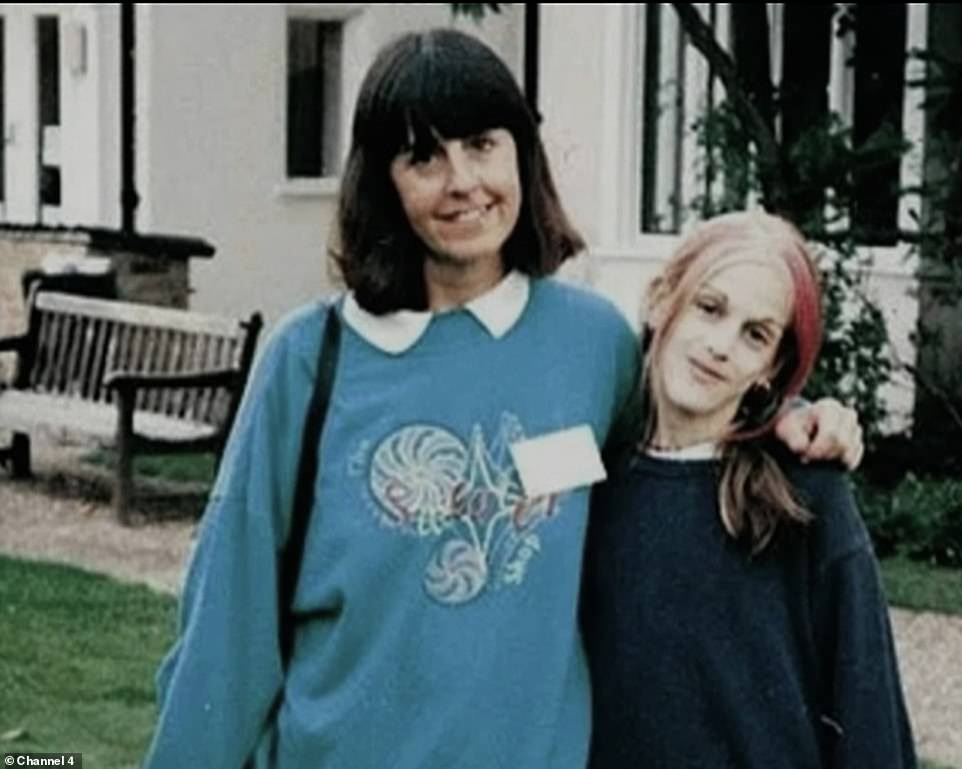 Troubled: She said the reality star called her to tell her how frightened she was to be cut off from the world, telling her: ‘Mum, I don’t know how I’m going to get through this’ 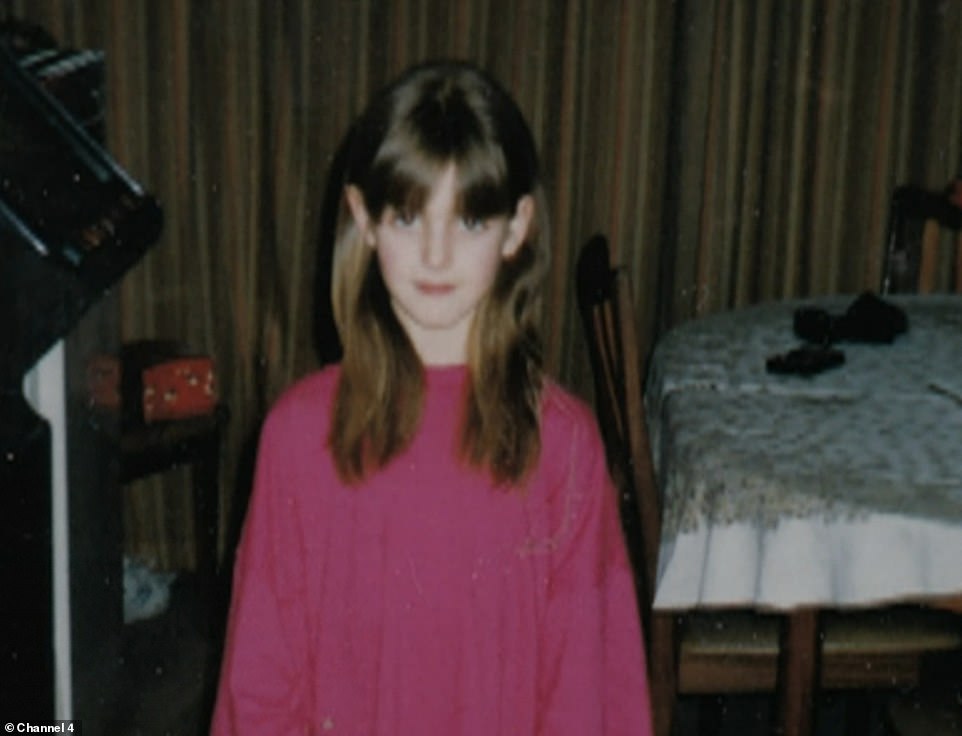 Health troubles: Nikki spent 11 years of her life in hospital with her illness which she battled from the age of eight

The TV personality appeared on the seventh series of Big Brother in 2006, and despite finishing fifth became one of its most recognisable contestants.

She later spoke publicly about how she developed anorexia while still a child and struggled with the condition throughout her life, spending time in hospital on a number of occasions.

Speaking ahead of the first anniversary of her death on April 9, her mother Sue told BBC Breakfast this week that her daughter started to show signs of an eating disorder from the age of eight, when she refused to sit down in a restaurant on Mother’s Day. 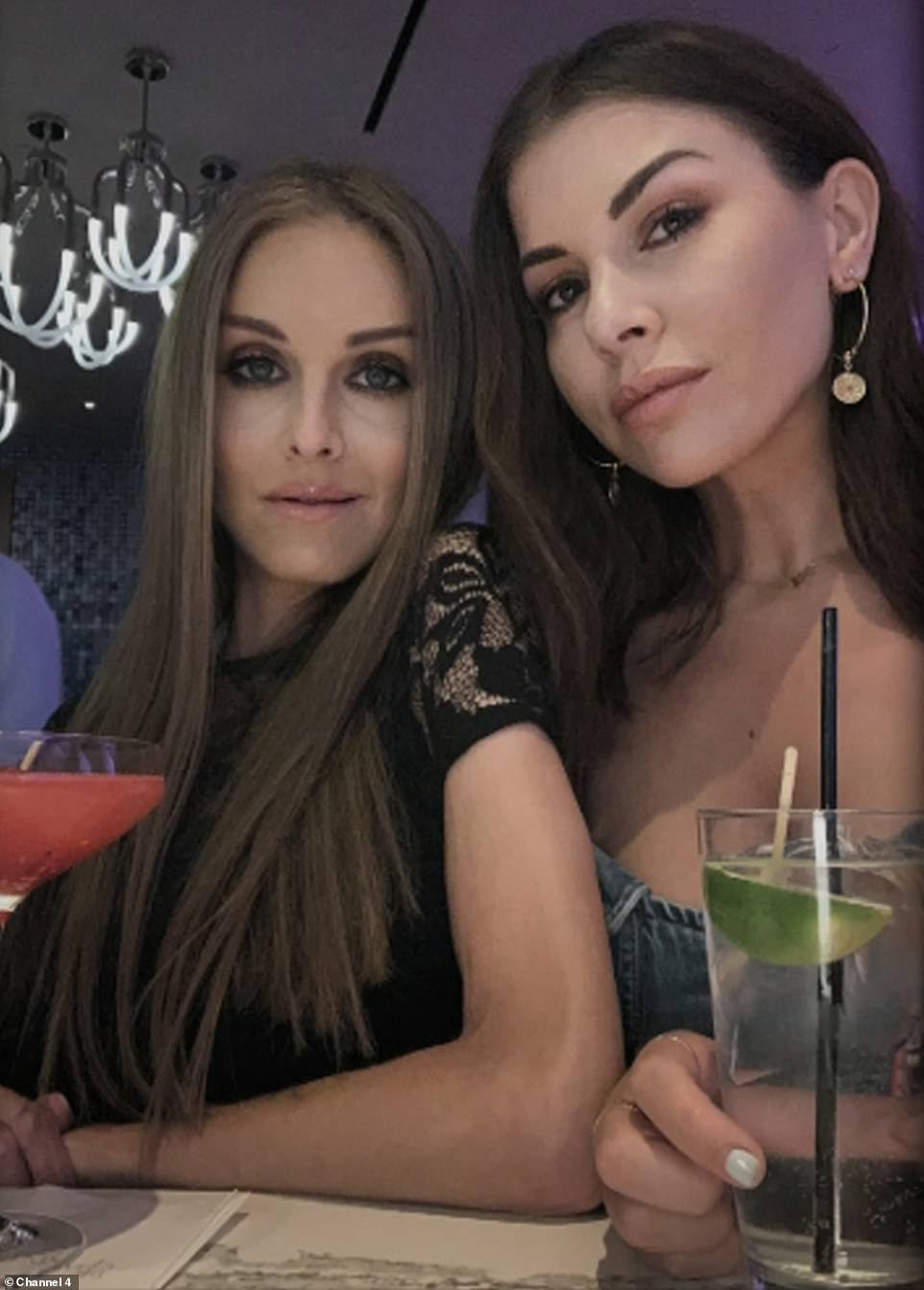 Fame: Nikki spoke publicly about how she developed anorexia while still a child and struggled with the condition throughout her life (pictured with fellow Big Brother star Imogen Thomas)

Sue said: ‘That was the start. And from there, I just noticed that she became very withdrawn and was just going into a decline.

‘Little did I know it was going to be a 32-year journey.’

She said she watched her daughter unable to climb the stairs, instead resorting to her hands and knees, and recalled trying to hold her head back to put food in her mouth in a particularly challenging moment. 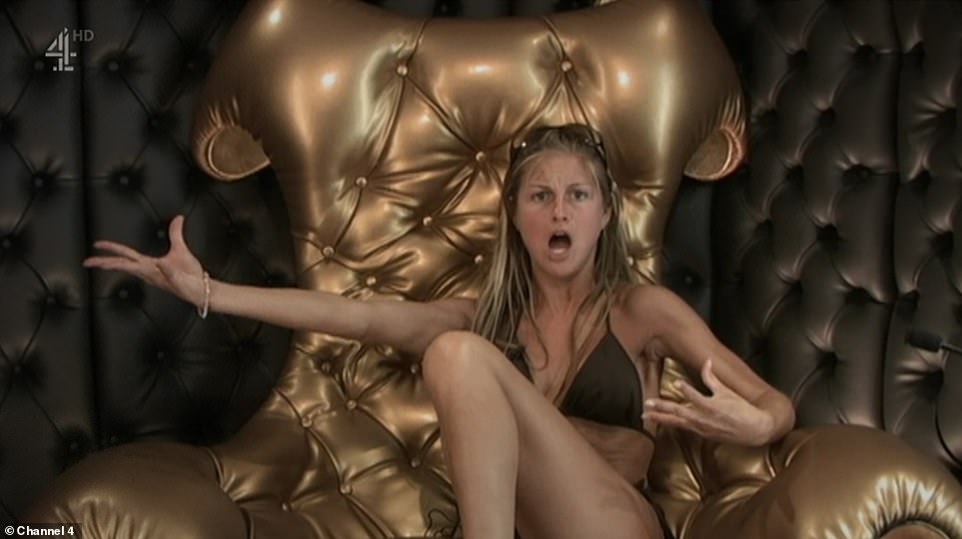 Entertainer: Nikki was known for her rants in the Diary Room on Big Brother, with Big Brother’s Little Brother host describing Nikki as one of the best Diary Room contestants ever

Sue said the situation became more difficult when her daughter became an adult and she did not have a say in her medical care.

She said: ‘It was always a battle. But at least when she was a child, I had some input. As soon as she was an adult, they can’t even look at you. They don’t even make eye contact, it’s none of our business.’

Recalling the day she died, Sue said her daughter had a BMI of just 10.

She said: ‘She was discharged from hospital. She came down to visit me, she collapsed and she was blue lighted into the local hospital in Dorset and she was there for two weeks. 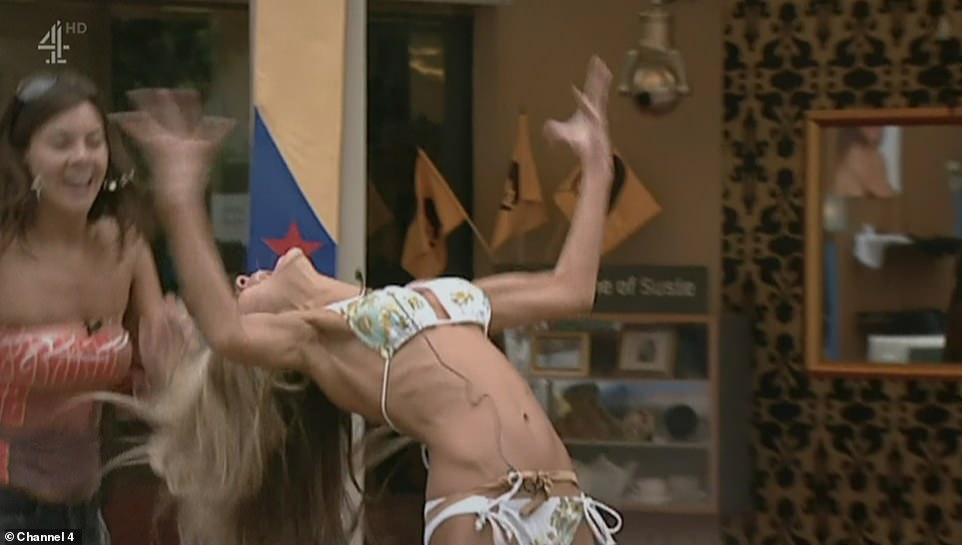 Rage: Nikki was often seen screaming and throwing herself about in the Big Brother house as she confronted various challenges

‘She had a BMI of 10, she was pitiful, and I went there every day to shower her, to dress her, to sit with her while she ate, to take the load off the nurses, it wasn’t a specialised unit.

‘Nikki managed to convince them “I’ll be fine when I go home, I’m going back to the clinic on Monday”, but they’d already said we can’t have you because you can’t make stairs and so they let her home and she died that night.

‘But she rang me at half-three in the morning and she said “Hi mum”, she was quite normal, she normally did it when she was drunk. She said “I managed to get to the loo”, she’d ordered herself a walking frame so she managed to get into the loo.

‘I said “well done darling, that’s the way, every day just write down one thing that’s been positive today. You’ll get there, there is no hurry.”

Sue said she continues to be glad her daughter took part in Big Brother, and that Nikki never regretted being on the show. 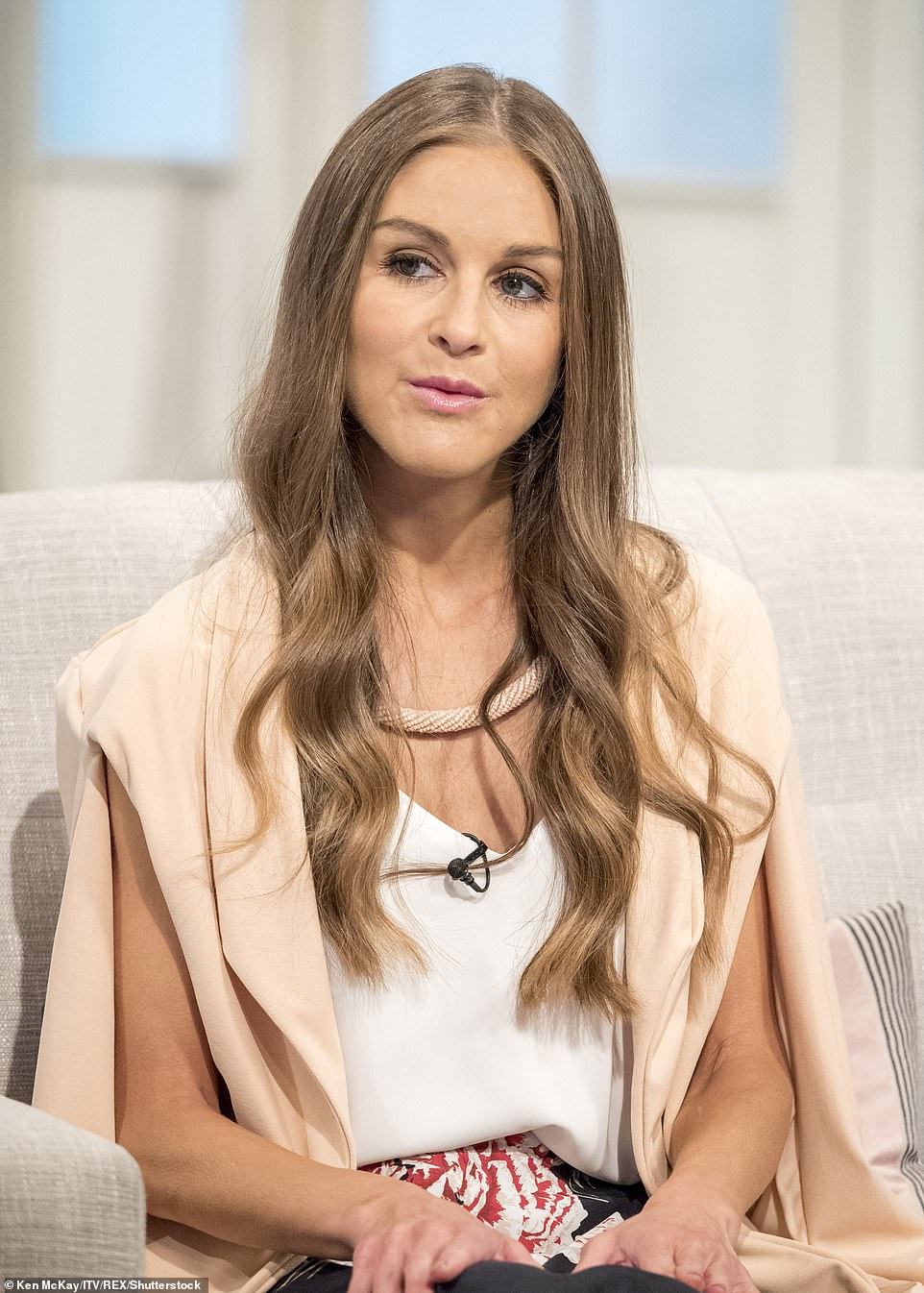 Heartbreaking: Nikki’s mother Sue said her daughter was in a ‘pitiful’ state before she died of anorexia in April 2021 aged 38 (Nikki pictured in 2017)

She told Breakfast: ‘She said in interviews before that Big Brother saved her life, because I think that was the healthiest and happiness that she had been for those years.

‘I think when she got voted out, she thought that everybody hated her, she always had this low self-esteem.

‘So when the doors opened and she heard the cheering, it was genuine, her tears.

‘She was shocked because Nikki never got it. She said “I don’t get it, I don’t know why people are acting like this”. She never saw her worth.

‘I know that her going on Big Brother was her dream and I’m really glad she did, because I felt she deserved it. Because she’d lost her childhood, and I thought, “This is what you should have. This is yours”.’

Anorexia is a serious mental illness where a person restricts their food intake, which often causes them to be severely underweight.

Some sufferers may experience periods of bingeing, followed by purging.

Sufferers often have a distorted view of themselves and think they are larger than they really are.

Untreated, patients can suffer loss of muscle and bone strength, as well as depression, low libido and menstruation ceasing in women.

Behavioural signs of anorexia include people saying they have already eaten or will do later, as well as counting calories, missing meals, hiding food and eating slowly.

As well as weight loss, sufferers may experience insomnia, constipation, bloating, feeling cold, hair loss, and swelling of the hands, face and feet.