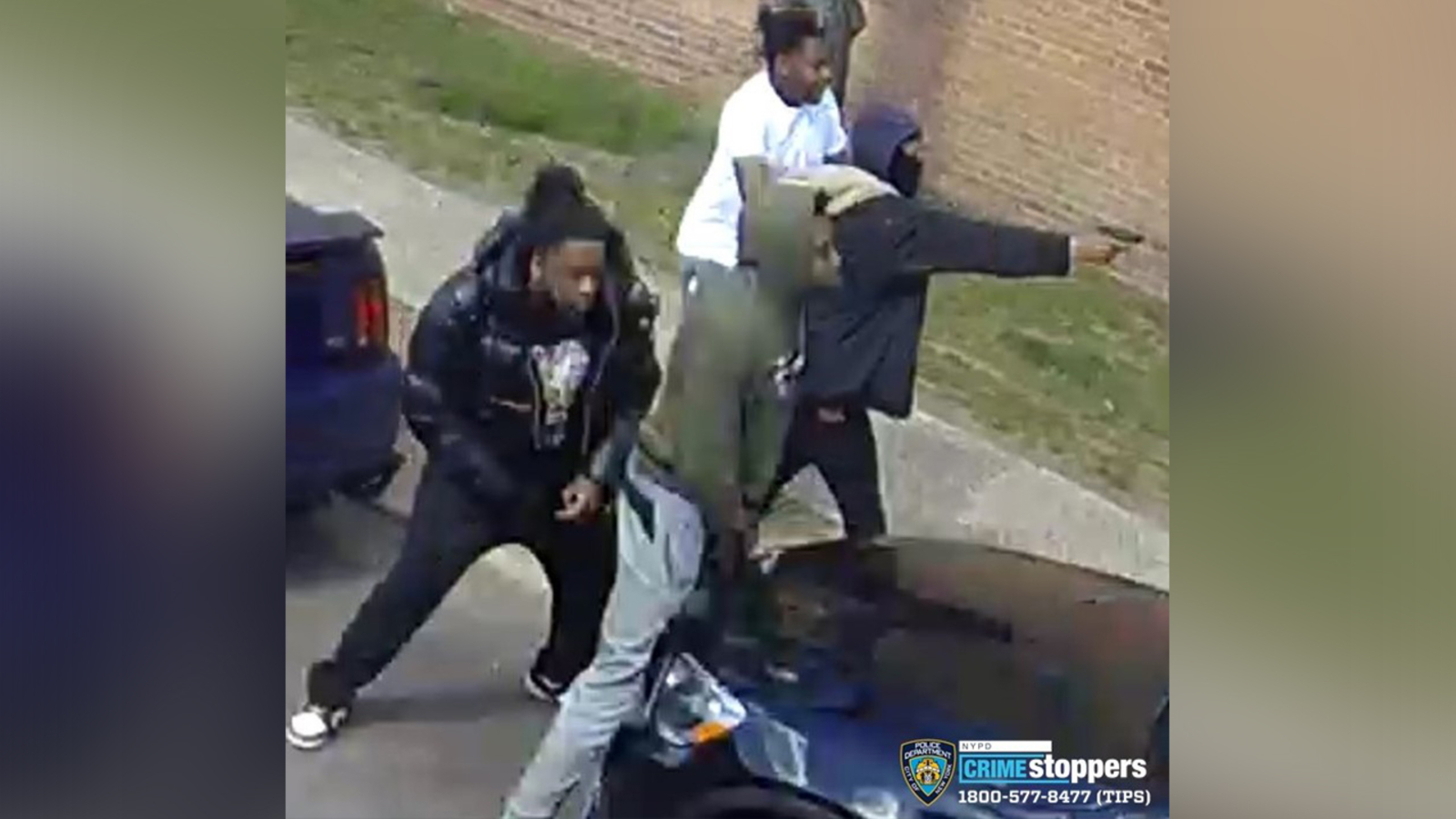 FRESH MEADOWS, Queens (WABC) — Friday morning, the search is on for the gunmen in what NYPD says was a gang-related shooting.

The NYPD released a photo of the four men they want to question after the Wednesday afternoon shooting on 188th Street.

You can clearly see one of them with a gun drawn.

Two 18-year-old men, one of who was the apparent target, were injured.

A 14-year-old girl also caught in the gunfire had a bullet lodged in her neck.

The NYPD is holding a meeting Saturday with their top brass to talk about fighting crime, with one unusual element.

“These crime plans, what their ideas are, they’re specific to each neighborhood, what gangs are at odds with each other, what’s going on, what high school parties are going to happen. We have to know these things moving forward. So , I think that’s what this is all about. What’s unusual here is the mayor is going to chair it,” said Robert Boyce, ABC News Contributor, and Former NYPD Chief of Detectives.

That is where two of the victims attended school.

Police did not find any guns but they did find 20 weapons or prohibited items that they confiscated from students.

School safety agents say they believe students brought those items for safety after knowing two of their classmates were shot.