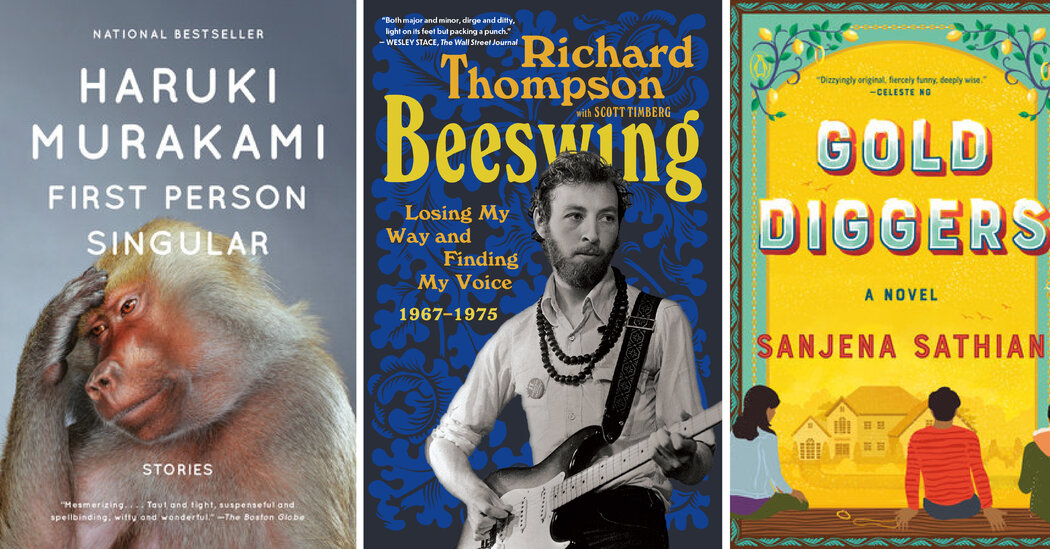 BEESWING: Losing My Way and Finding My Voice, 1967-1975, by Richard Thompson with Scott Timberg. (Algonquin, 304 pp., $16.95.) This “wry, un-ponderous, anti-obligatory” memoir, as our reviewer, Paul Elie, put it, “vividly attests” to Thompson’s journey as a folk musician, from his music with Fairport Convention and his first wife to his conversion to Islam.

GOLD DIGGERS, by Sanjena Sathian. (Penguin, 352 pp., $17.) Set in Atlanta’s suburbs during the mid-2000s, this magical realist story follows an Indian American teenager as he aimlessly navigates adolescence until a golden elixir bonds him to his ancestry. “The tension Sathian builds is one of teenage insecurity swelling into adulthood,” our reviewer, Lauren Christensen, commented, “until disillusion overthrows the tyranny of American perfectionism.”

BEE PEOPLE AND THE BUGS THEY LOVE, by Frank Mortimer. (Citadel, 320 pp., $15.95.) A beekeeper recounts his experience moving from novice to master, providing ample advice and presenting the eccentrics, oddballs and, as our reviewer, Anne Sverdrup-Thygeson, put it, “flagrantly self-promoting windbags” he encounters along the way.