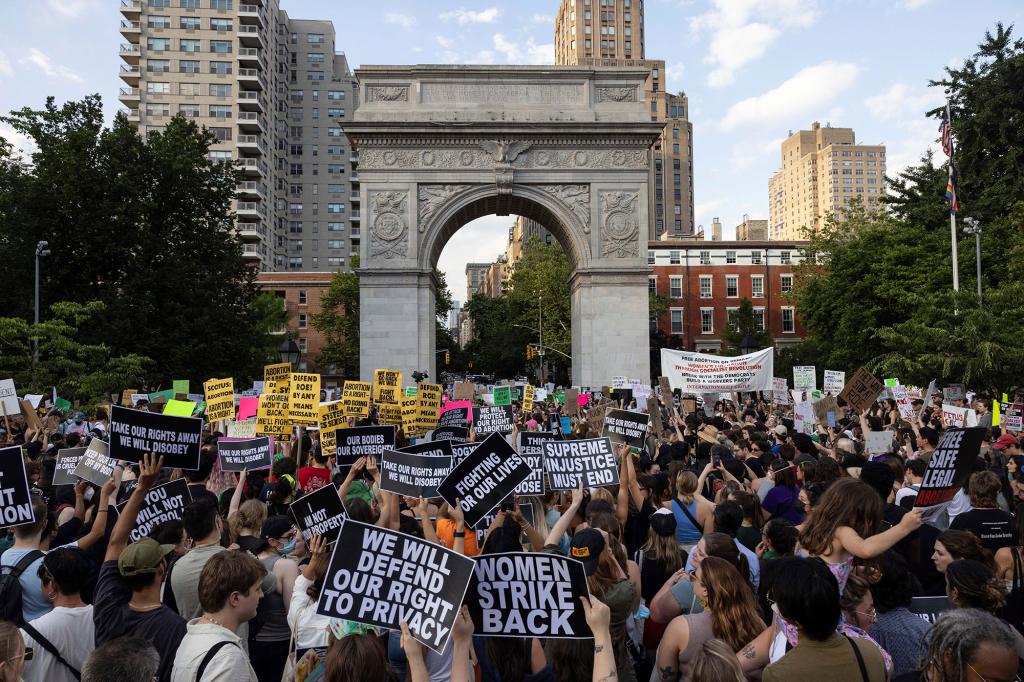 Men are hurrying to get vasectomies in the wake of the bombshell Supreme Court decision to overturn the Roe v. Wade abortion ruling, doctors say.

Doug Stein, a Florida urologist known as the “Vasectomy King,” told the Washington Post he’s gotten up to 18 requests daily — a significant increase from the typical four or five.

“It was very, very noticeable Friday, and then the number that came in over the weekend was huge and the number that is still coming in far exceeds what we have experienced in the past,” Stein said.

Many of the men said they had considered getting a vasectomy for quite some time, but Stein said the Roe v. Wade decision served as the “final factor” in their decision.

Stein is now booked through the end of August with appointments — and even needed to add more days to his schedule to accommodate demand. Stein’s associate, John Curington, said Roe v. Wade is factoring heavily into the surge.

“I’d say at least 60 to 70 percentage mentioning the Supreme Court decision,” he told the Washington Post. “And a few of them have such sophistication as young men that they actually are thinking about Justice [Clarence] Thomas and his opinion that contraception may fall next. And that’s shocking.”

One urologist in New York, meanwhile, told the outlet he typically sees twice as many patients per week for vasectomy reversals.

“Now it’s the other way around,” said Marc Goldstein, director of the Center for Male Reproductive Medicine and Microsurgery at Weill Cornell Medical Center. “So it’s been a dramatic shift. And this [decision] is only going to further impact that in terms of increasing requests.”

Thomas Figueroa, 27, knew he never wanted children, but got the motivation he needed to get the procedure last Friday when the 49-year-old landmark decision that legalized abortion in the US was overturned, leaving the controversial issue up to each of the 50 states.

“It is something I put on the back burner of my mind until very recently, when the Supreme Court decision happened,” Figueroa told the newspaper. “That was basically the triggering factor right there. It pushed my mind to say: ‘Okay, I really don’t want children. I’m going to get this vasectomy now.’”

Start your day with all you need to know

Figueroa, of Tampa, wasted little time — he registered for the proceedings with Stein on Monday in the wake of last week’s decision in Dobbs v. Jackson Women’s Health Organization.

Like Figueroa, Eric Nisi, 29, had always known he didn’t want children, as well as his girlfriend Amanda Omelian, 33, who is already taking two forms of birth control. Despite those contraceptives, Nisi set up an appointment to get a vasectomy on Tuesday, he said.

Nisi said he didn’t want his girlfriend to “stress over getting pregnant” due to a possible lack of access to birth control in coming months.

“The world is a scary place and you don’t know what’s coming, because it seems like we’re moving backward,” Nisi told the newspaper.

Figueroa said he’s glad he took action, but felt as if he was compelled to act.

“This is probably one of the very, very rare things in politics that actually does affect me very personally and very hard,” he said. “It really woke my eyes up.”