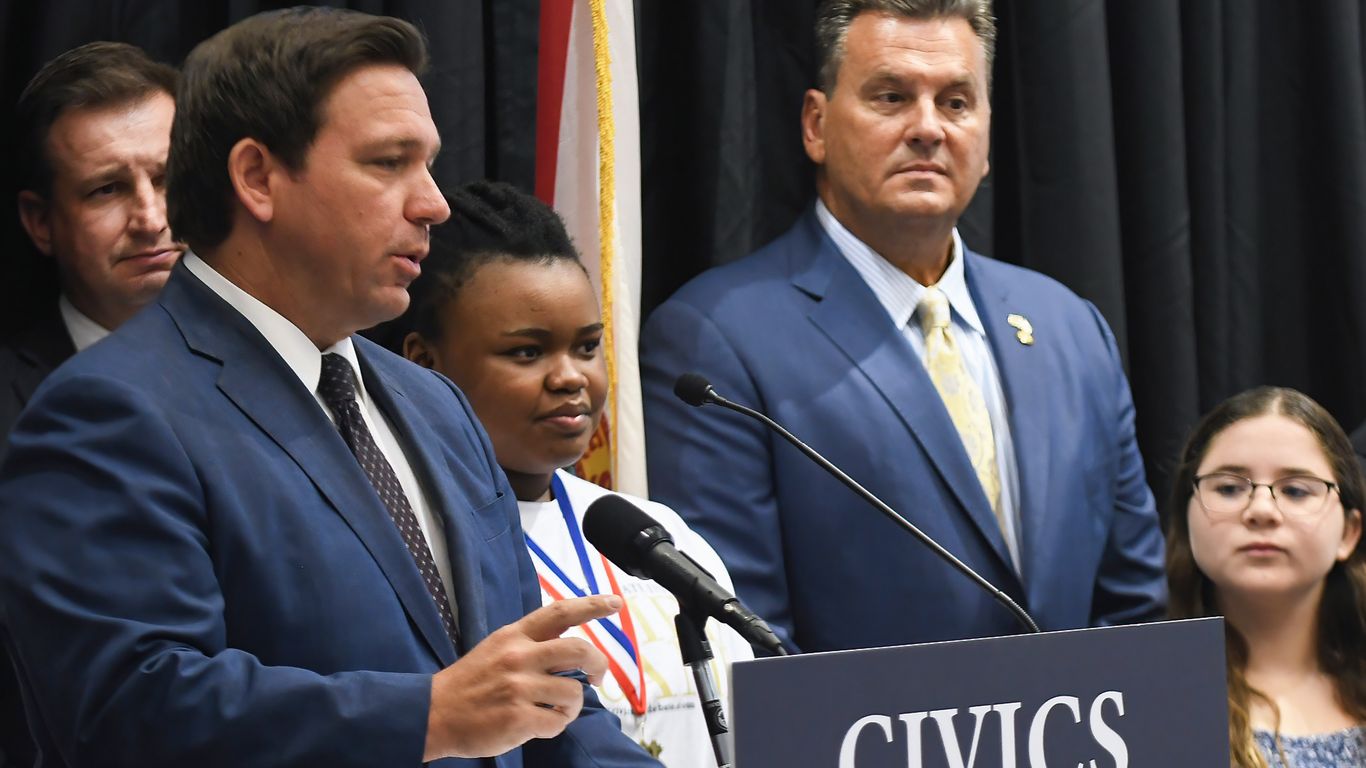 A new civics training program for public school teachers in Florida says it is a “misconception” that “the founders desired strict separation of church and state,” the Washington Post reports.

Driving the news: That and other content in a state-sponsored training course has raised eyebrows among some who have participated and felt it was omitting unflattering information about the country’s founders, pushing inaccuracies and centering religious ideas, per the Post.

State of Play: Florida Gov. Ron DeSantis (R) has decried what he has branded “indoctrination” in public education.

What he’s saying: “We’re unabashedly promoting civics and history that is accurate and that is not trying to push an ideological agenda,” DeSantis said at an event earlier this week, per the Post.

The other side: Anna Fusco, who leads the Broward Teachers Union, said some teachers who attended the training sessions said they felt they were being directed to teach “only one side of history,” the Post reported.