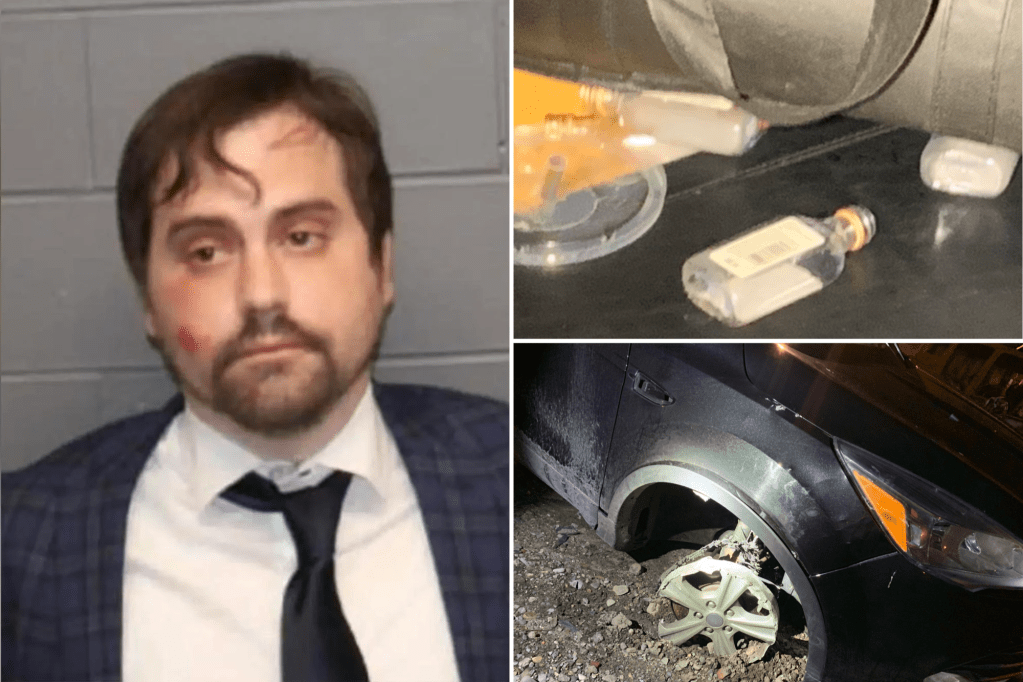 A Massachusetts state lawmaker was arrested Tuesday and charged with drunken driving with a blood-alcohol content nearly four times the legal limit, a report said.

State Rep. David LeBoeuf was pulled over by state police on Interstate 93 in Quincy at about 10:30 pm after two people called 911 to report an erratic driver on the expressway, MassLive.com reported, citing a police report.

LeBoeuf’s black Ford SUV was found damaged and inside the vehicle police saw nine empty nip bottles and two cans of wine in the front cupholders, according to the report.

Police said they noticed a “strong odor of alcohol” and noted LeBoeuf was “unable to follow instructions” and “was extremely unsteady on his feet” during a field sobriety test.

At the State Police barracks, LeBoeuf reportedly failed a breathalyzer test, registering
a blood-alcohol content of 0.32 – almost four times over the legal limit of 0.08.

LeBoeuf was charged with operating under the influence, negligent operation of a motor vehicle and marked lanes violation, the report said.

He was released on his recognition at his Wednesday arraignment.

On Thursday, the lawmaker apologized in a statement posted to Twitter for his “egregious lapse in judgment.”

“I am grateful there were no injuries and recognize the pain I have caused my family, friends, and community. I am not making excuses and will work extensively to rebuild people’s trust,” he wrote.

LeBoeuf added that he struggles with addiction and said he would be seeking treatment.