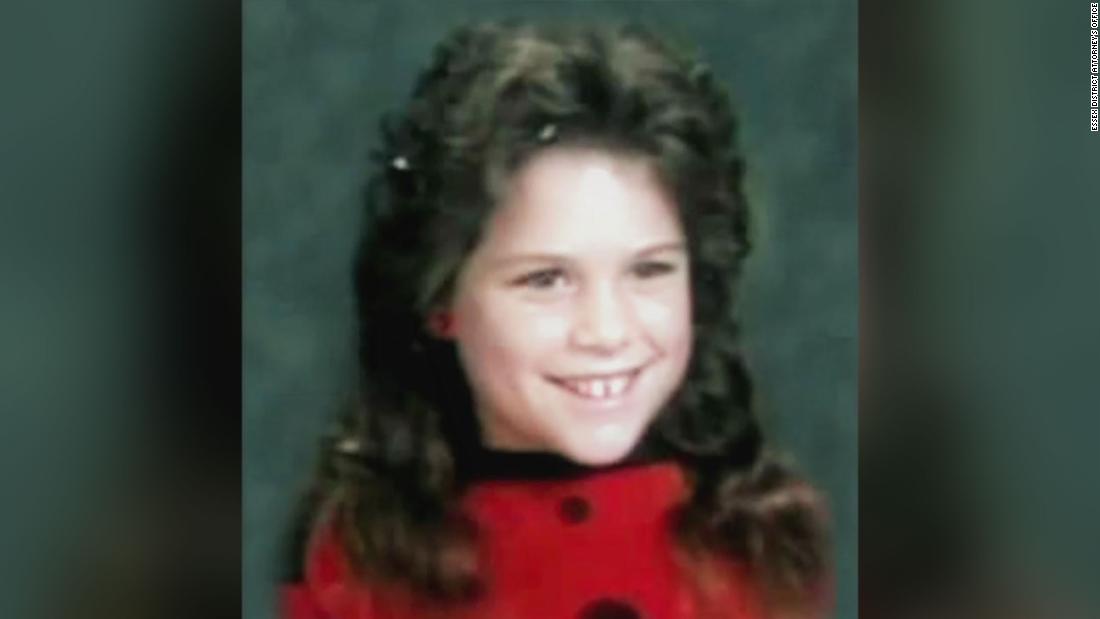 Marvin C. McClendon Jr. was arrested Tuesday in Bremen, Alabama, and placed in the custody of the Cullman County Sheriff’s Office, District Attorney Jonathan Blodgett said at a news conference.

McClendon “was placed under arrest and charged as a fugitive from justice based on an arrest warrant issued yesterday for the murder of Melissa Ann Tremblay,” said a news release from Blodgett’s office.

The suspect is expected to be arraigned next week, a spokesperson for the district attorney’s office told CNN on Thursday. CNN attempted to reach a public defender who may be representing McClendon, but the offices were closed Thursday; the Cullman County Sheriff’s Office told CNN earlier it had no information on whether McClendon had an attorney who might comment on his behalf.

Melissa was found dead on September 12, 1988, in the old Boston & Maine Railway Yard in Lawrence, said the news release.

She had been stabbed to death and a train had run over her body postmortem, the release said.

The girl was last seen the day before, playing in neighborhoods near a social club in Lawrence while her mother and the mother’s boyfriend were inside, said Blodgett. A railroad employee and pizza delivery driver were the last people to see her alive.

Melissa’s mother frantically searched the area before reporting her missing at around 9 pm ET, according to the news release.

“Over the years, scores of witnesses, suspects, and persons-of-interest were interviewed by police,” but the case went unsolved, the release said.

The cold case was reviewed by authorities in 2014 and “evidence recovered from the victim’s body was instrumental in solving the case,” the release said. Blodgett declined to comment on the specific evidence that led to the arrest while speaking to reporters at a news briefing Wednesday.

“The investigation found that the suspect lived in Chelmsford in 1988, and had multiple ties to Lawrence,” the news release said, namely that he worked and frequented establishments in the city, as well as a local church.

Tremblay’s surviving relatives were notified of the arrest, said the DA’s office.

“I want to thank everyone involved in this investigation from beginning to end,” Blodgett said. “Their tireless pursuit of justice for Melissa has brought us to this moment. We never forgot about Melissa, nor did we give up on holding her killer accountable.”