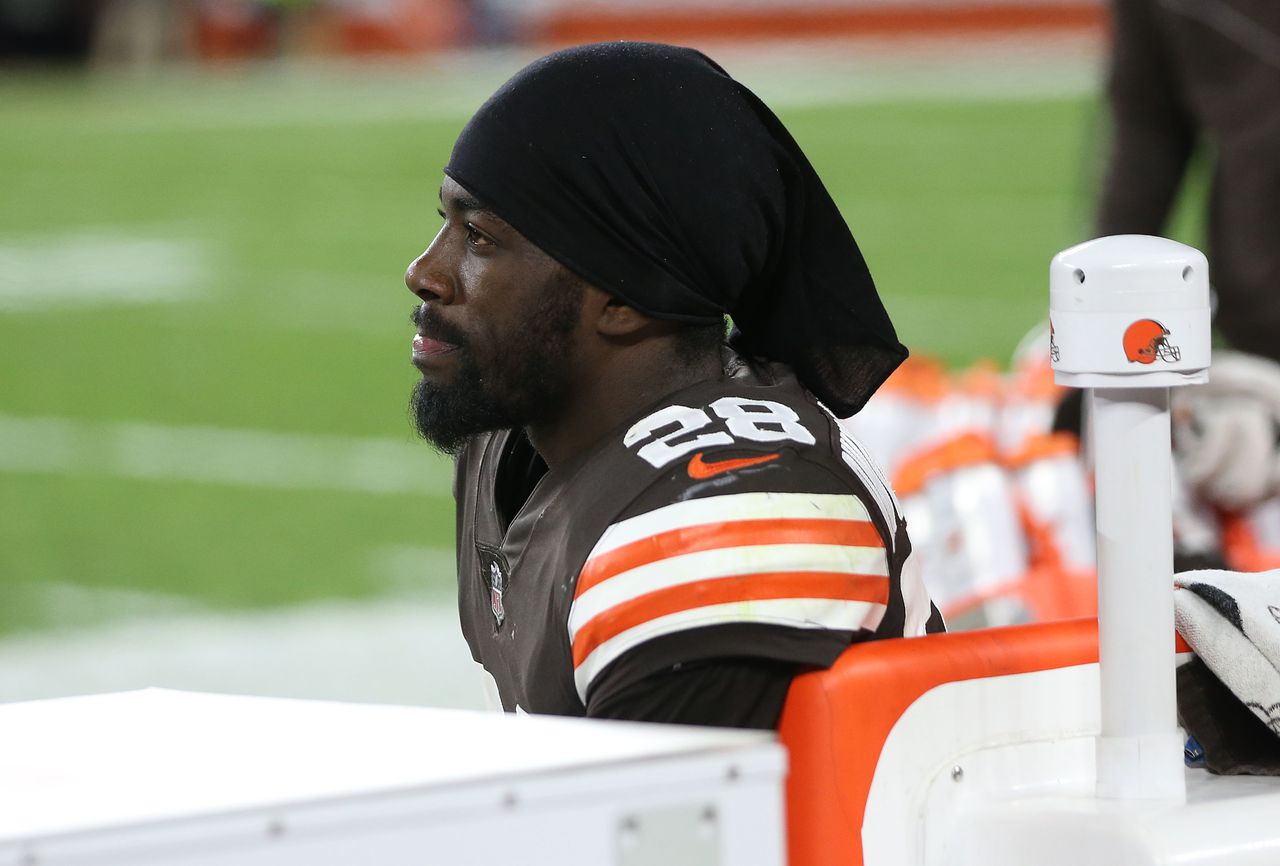 Ronald Ivan Scott, 33, was charged with one count of murder and one count of arson, and remains in custody at the Orange Country jail.

Joshua, a former linebacker at William & Mary, was found dead inside his burned residence in Hampton on Tuesday. He earned his degree in chemistry in 2020, and was a science teacher at Hampton Christian Academy. Jeremiah was in Ghana conducting youth football camps at the time of his brother’s death, and flew home.

Drew Barker, a former high school teammate of Joshua’s, described how close Joshua and Jeremiah, 22, were. They also have an older brother, Jerry Brooks, and were raised by their single mother, Beverly Mabson.

“I don’t know of anyone who would be closer than those two,” Barker told the Associated Press. “And if Josh wasn’t at (a Browns game), he was watching it on TV or sending in prayers before the game and talking to him after the game.”

The brothers played football and other sports together at Bethel High.

“When we were kids, if you ever saw Josh, you would turn your head 360 and you would see Jeremiah somewhere — they were always together,” Barker said. “They were never sticking together. They always played every sport together. (With) basketball, they were like a dynamic duo on the court. And then you had them on the football field: One on one side and one on the other.

“They were literally thick as thieves in the sense of sticking together and having each other’s back. They were best friends as well.”

Joshua was also praised by his former William and Mary coach.

“Joshua was an outstanding young man from a tremendous family,” Mike London told the AP. “He was a person of deep faith who was committed to helping others – and was always a positive force in his time around our football program. His tragic loss will be felt by many throughout both the William & Mary and Hampton communities.”

Jeremiah, the No. 52 pick in the 2021 draft out of Notre Dame, is expected back in Cleveland soon to participate in the Browns’ offseason program, which begins April 19.

The free agency move the Browns should make is …: Podcast

Why the Cooper trade looks better every day: Pluto podcast

Trading up to land WR is worth exploring

Will Brissett or Mayfield start more games in 2022? Podcast

Why wasn’t Watson charged? What prosecutors needed to file charges

Want to fix OT in the regular season? Here’s a solution