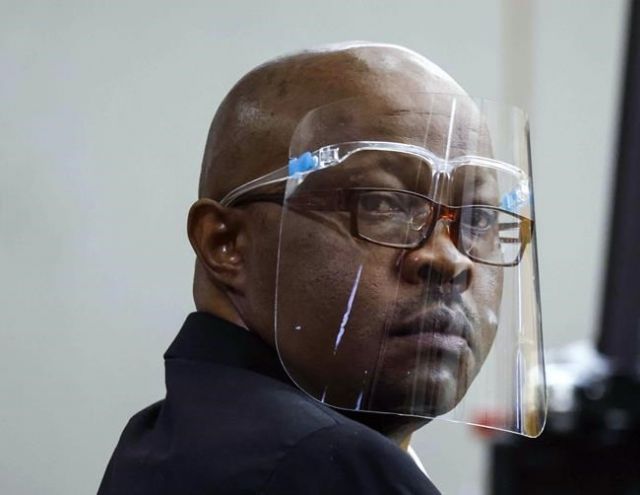 Accused serial killer Billy Chemir looks back ahead of his retrial on Monday, April 25, 2022, at Frank Crowley Courts Building in Dallas. The retrial of Chemirmir, charged with killing 18 older women in the Dallas area over a two-year span, began Monday, after the first jury to hear a case against him deadlocked last fall.

A man charged with killing 18 older women in the Dallas area over a two-year span was found guilty of murder Thursday and sentenced to life in prison in one of the cases against him after an earlier mistrial.

Jurors took about 45 minutes to convict Billy Chemirmir, 49, of capital murder in the March 2018 smothering of 81-year-old Lu Thi Harris. Prosecutors said that after Chemirmir and Harris were both at the same Walmart, he went to her home, killed her and stole her jewelry.

It was Chemirmir’s second trial in her death, after the first jury to hear the case deadlocked in November.

Chemirmir, who has maintained that he’s innocent, is charged with capital murder in the deaths of 12 other women in Dallas County and five in nearby Collin County. Dallas County District Attorney John Creuzot has said he plans to try Chemirmir for at least one more death, though he hasn’t said whose.

Relatives of those he’s accused of killing praised Thursday’s verdict at an emotional news conference.

“This one conviction represents justice for all of the families,” said Shannon Dion, whose 92-year-old mother, Doris Gleason, was killed in 2016.

Defense attorney Kobby Warren said during closing arguments that prosecutors hadn’t proved beyond a reasonable doubt that Chemirmir was ever at Harris’ home, calling the state’s case “all bark, no bite”. As in the first trial, the defense didn’t call any witnesses and Chemirmir did not testify.

Prosecutor Glen Fitzmartin told jurors that he gave them more than enough evidence to convict.

“This is an easy decision, mainly because we bit so much off,” said Fitzmartin, who noted that when Chemirmir was arrested, he had Harris’ jewelry and the keys to her home.

Jurors also saw surveillance video of Harris and Chemirmir at the same Walmart on the day she was found dead.

Though Chemirmir was being tried this week only in Harris’ death, prosecutors also presented evidence to jurors about an attack that 91-year-old Mary Annis Bartel survived the day before Harris was killed and the killing of 87-year-old Mary Brooks about six weeks earlier.

Chemirmir was arrested the day after Bartel said a man forced his way into her apartment and held a pillow over her face.

Fitzmartin said police subsequently found that a few days earlier there had been a report of a suspicious person at the independent living community where she lived. A license plate number led officers to Chemirmir.

Police detectives tested about going to Chemirmir’s nearby apartment complex and watching as he drove into the parking lot. Detectives said he threw items into a dumpster and then, as they got him out of his vehicle, he was holding jewelry and cash in his hand.

Police have said that a large red jewelry box in the dumpster contained documents that led them to Harris’ home. They found her dead in her bedroom, lipstick smeared on her pillow.

The number of people Chemirmir was accused of killing grew as authorities reinvestigated deaths previously thought to be natural. Most of the people were found dead in their apartments at independent living communities for older people, where Chemirmir has been accused of forcing his way into apartments or posing as a handyman. Some lived in private homes, including Harris and the widow of a man Chemirmir had cared for in his job as an at-home caregiver.

MJ Jennings, whose 83-year-old mother, Leah Corken, was killed in 2016, said she hoped the conviction would be “the first step of healing for all of these families.”

Bartel died in 2020, but jurors heard a taped deposition of her describing opening her door the day she was attacked. She said she immediately focused on green rubber gloves the person was wearing, and tried to push the door shut but was overpowered.

“He said: ‘Don’t fight me, lie on the bed,’” Bartel said. She said her attacker “slammed” the pillow to her face and used “all his weight to keep me from breathing.”

She said she couldn’t remember details about the man’s appearance.

Bartel, who lost consciousness, later discovered she was missing her wedding band, diamond engagement ring and other jewelry.