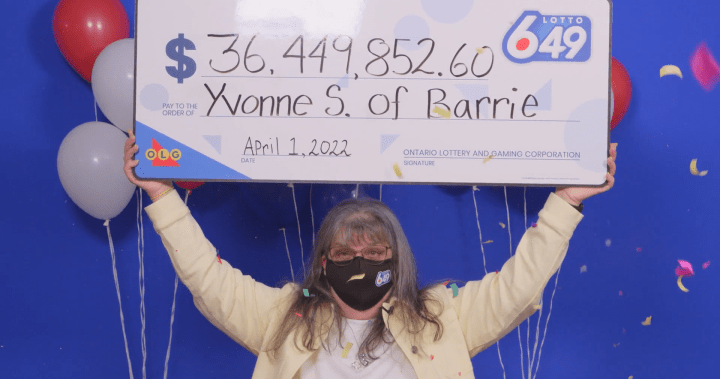 A free play for Lotto 6/49 led to a Barrie resident taking home a $36.4 million jackpot.

Sauve said one of her colleagues asked if she had a ticket for the Lotto 6/49 draw after hearing that the winning ticket was sold in Barrie.

“I was at the store a few days later and while I was fiddling around with my phone, the clerk was checking my ticket. I heard her say, ‘Oh my God!’” Sauve said in the release.

“I looked up and saw the big winner screen, and thought, ‘Oh, this can’t be right.’”

She said she shared the news with her boyfriend and then called her sister.

“It feels amazing – I can’t imagine this shift in my life. I’m so accustomed to pinching pennies – it’s going to take some time to settle in,” she said.

Save said she plans to retire and spend the summer travelling.

“The first thing I will do is make sure the special people in my life are taken care of. They’ve been loving and loyal to me for so long. I can’t wait to share this win with them,” she said.

“I’m going to be changing a lot of lives with this money.”

Sauve got her ticket at Shopper’s Drug Mart on Wellington Street in Barrie.

The OLG said Sauve’s sister is an employee at an authorized OLG retailer, meaning that the claim was subject to the corporation’s “insider win” process.

“Insider wins are publicized and held for 30 days to allow any potential additional claimants to come forward before the prize is awarded,” the OLG said.