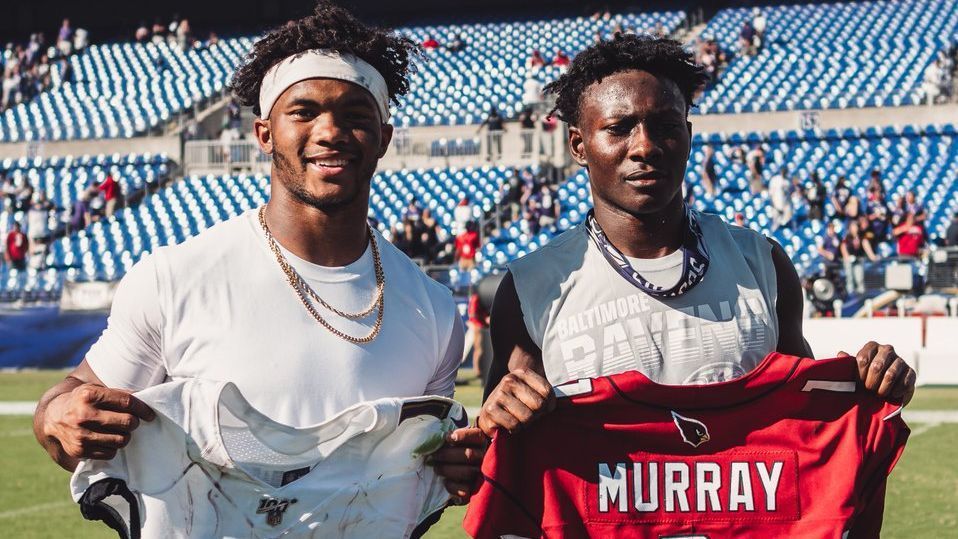 The 2022 NFL draft delivered on everything from flashy outfits to surprising picks and, of course, blockbuster trades.

The Ravens later selected Iowa Hawkeyes center Tyler Linderbaum with the No. 25 pick they received from Arizona.

But Lamar Jackson wasn’t too thrilled with the front office’s decision.

In March, Baltimore’s star quarterback made his feelings known about a potential trade involving Brown being sent to the Kansas City Chiefs.

Unfortunately for Jackson, a deal involving Brown became a reality as Jackson and his former receiver bid each other farewell.

Despite his displeasure, Jackson made it clear that he was not upset by the addition of Linderbaum.

It’s not about my new center🙄 stop that bs https://t.co/meRpOw4zD0

On the other side of the trade, Kyler Murray, Budda Baker and JJ Watt celebrated the arrival of their new wide receiver.

The trade allows for a meeting for Murray and Brown, who were teammates on the Oklahoma Sooners. The two connected for 1,318 yards and 10 touchdowns in 2018, and Murray went on to win the Heisman Trophy before being the first overall selection in the 2019 NFL draft. Brown was later selected 25th overall.