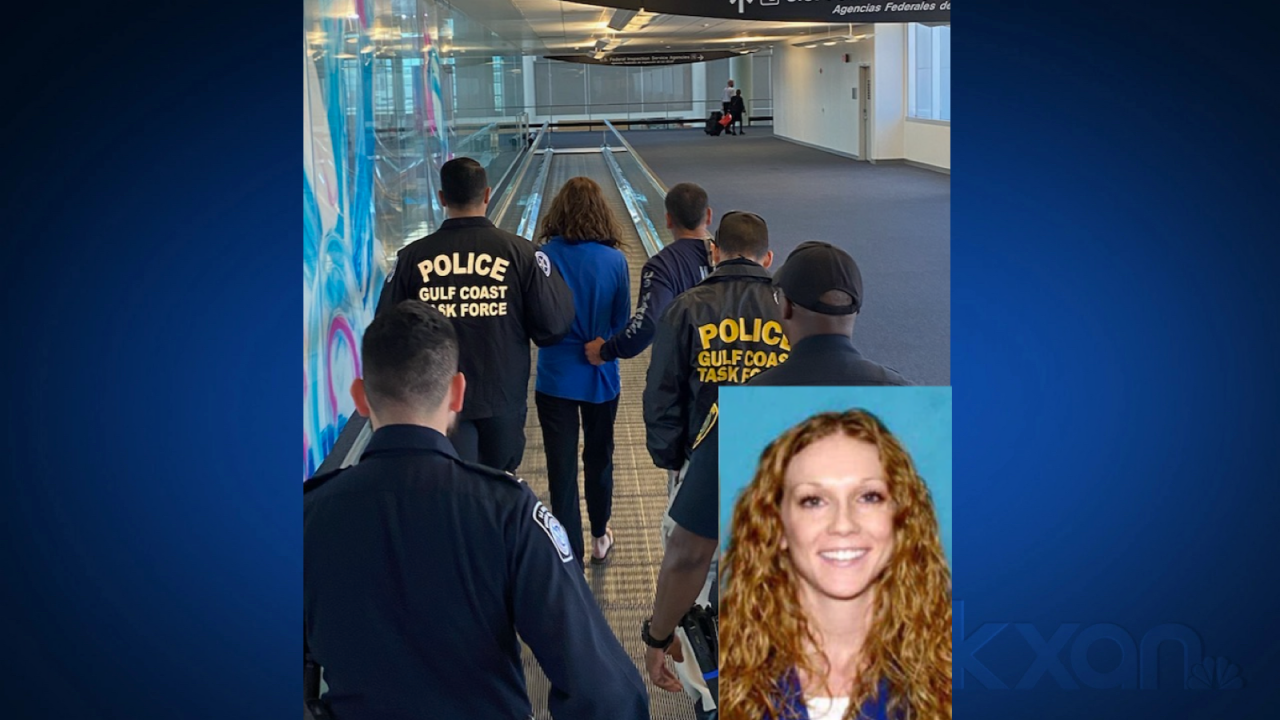 AUSTIN (KXAN) — Kaitlin Armstrong, the woman accused of killing cyclist Moriah Wilson, is back in Texas Saturday days after she was captured in Costa Rica.

Photos from travelers at the airport show Armstrong back on US soil. Armstrong is seen wearing a blue long sleeve shirt, black joggers and flip flops. The photos also show the altered appearance previously referred to by officials.

Deputy US Marshal Brandon Filla told KXAN Armstrong was found with an altered appearance. Armstrong had shoulder-length hair that had been dyed dark brown, along with bandaging on her nose and bruising under her eyes from a reported surfboarding incident.

“She was apprehended, and brought back by the Lonestar Task Force,” US Marshals said. “The US Marshal’s (Gulf Task Force) picked her up at the airport, and they took her to the Harris County Jail, where she awaits transfer to Austin.”

Armstrong was arrested Wednesday in Costa Rica and arrived Saturday afternoon in Texas. US Marshals said it worked with Homeland Security and authorities in Costa Rica to find her at the hostel on Santa Teresa Beach.

Investigators found Armstrong, 34, used a phony passport May 18 to board a United Airlines flight from Newark, New Jersey to San Jose, Costa Rica, according to US Marshals.

Travis County court records show Armstrong’s bond will be set at $3.5 million. She will be required to surrender her passport to a district clerk before release and have a GPS in jail. Her curfew will be 8 pm to 8 am, according to records.

Armstrong is represented by trial attorneys Cofer & Connelly, a law firm located in Austin. “Neither Kaitlin nor her attorneys will be making any statements to the media at this time. We ask for respect for the privacy of Kaitlin’s family,” Cofer & Connelly said in a statement provided to KXAN.

The murder of Wilson took place May 11, according to past reports from Austin Police. Wilson was shot and killed at a home off Maple Avenue in east Austin. The world-class cyclist was in Texas preparing to compete in a race.