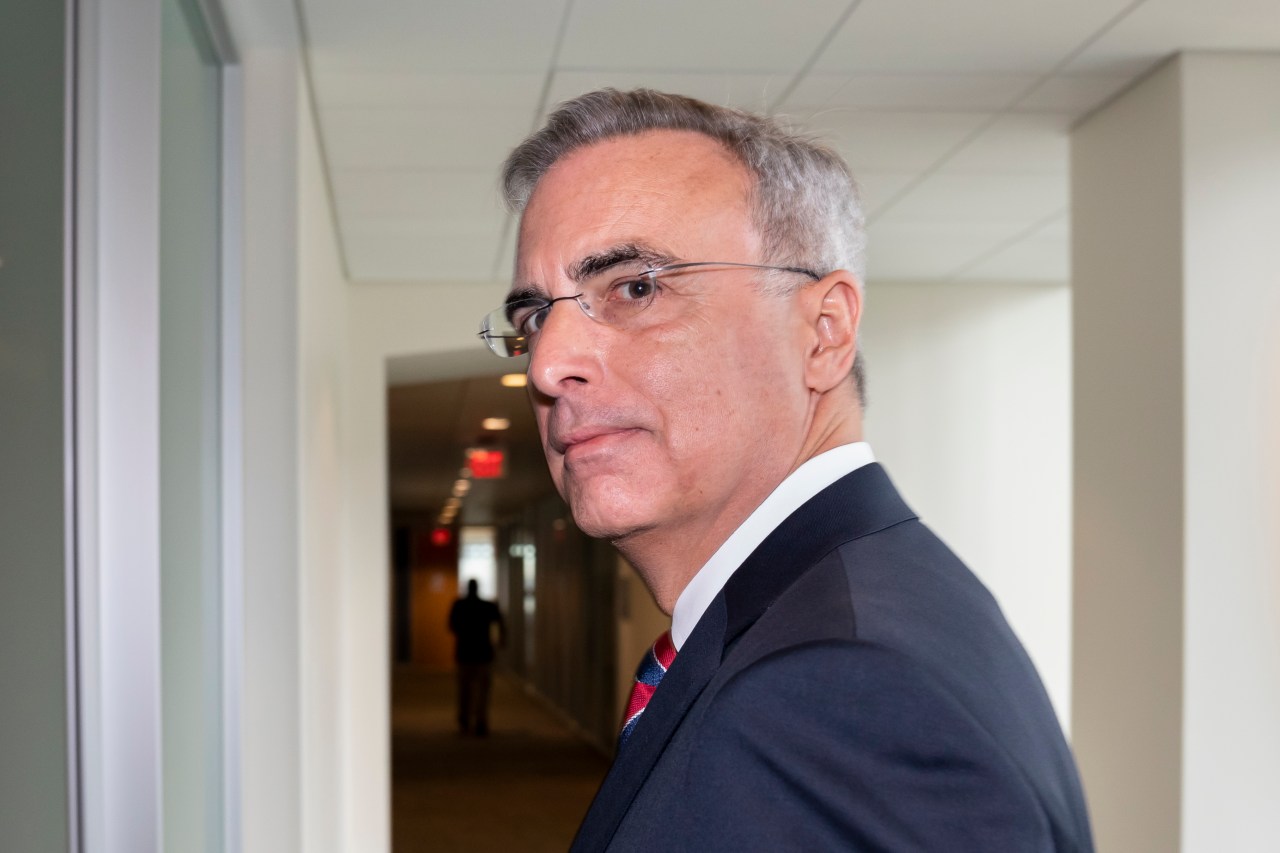 The grand jury probe has considerably more power than the House Jan. 6 select committee to pierce any executive privilege claims that the former president might raise — an issue that has come up with Cipollone.

When Cipollone agreed to provide testimony to the Jan. 6 panel, he declined to answer certain questions concerning his conversations with Trump, citing attorney-client and executive privileges.

Experts say those assertions of privilege would be unlikely to hold up in court if Trump or Cipollone were to try to use them to withhold information from a grand jury.

“The grand jury subpoena from the Department of Justice is a much more powerful tool than a congressional subpoena,” said Neil Eggleston, who served as White House counsel for the Obama administration and represented former President Clinton in a dispute over another White House lawyer’s grand jury testimony.

“In my view, would be inconceivable that the Department of Justice would not win,” Eggleston added.

Cipollone’s insights into Jan. 6 are likely of great interest to prosecutors following his emergence as a key figure in the congressional investigation.

The select committee has presented evidence that the former top White House lawyer expressed concerns about Trump’s conduct in the weeks leading up to the Jan. 6, 2021, attack on the Capitol.

Cassidy Hutchinson, an aide in the Trump White House, testified in June that Cipollone issued stark warnings in the days before Jan. 6 when it became clear that Trump wanted to lead his supporters in a march to the Capitol to protest Congress’s certification of his election loss to President Biden.

“Please make sure we don’t go up to the Capitol, Cassidy,” Cipollone told Hutchinson, according to her testimony. “We’re going to get charged with every crime imaginable if we make that movement happen.”

While select lawmakers had little recourse when Cipollone and others declined to answer questions about their conversations with Trump, legal experts say federal prosecutors have more tools at their disposal and any assertion of executive privilege in a grand jury committee context would face an uphill battle in the short.

ABC News reported on Tuesday that a federal grand jury had subpoenaed Cipollone, making him the highest-ranking Trump White House official to be targeted in the DOJ’s escalating Jan. 6 investigation.

The select committee has been fighting to enforce their investigative demands through the courts in more than a dozen civil lawsuits over the past year. While the panel has had some success, the cases can drag on for months.

In instances where a target of a congressional subpoena refuses to comply, the House also has the option of issuing a criminal contempt referral to the Justice Department for prosecution, which is what lawmakers did with four of Trump’s close allies.

But prosecutors ended up charging only two of them – Steve Bannon and former White House trade adviser Peter Navarro – with criminal contempt of Congress, and neither of them appear to be any closer to cooperating with the committee. A jury convicted Bannon last month on two counts of the misdemeanor contempt charge, each of which carries a possible sentence of between 30 days and one year in jail.

Meadows filed a civil lawsuit against the committee late last year, challenging its subpoena and claiming to be protected by testimonial immunity for White House advisers. The case has been tied up in court for eight months and it’s unclear when it might be resolved.

While the Supreme Court has said former presidents have some authority to assert executive privilege, some legal scholars say such an assertion would stand little chance of shielding information sought in a criminal investigation.

Jonathan David Shaub, a law professor at the University of Kentucky and a former attorney with the Justice Department’s Office of Legal Counsel, said he believes any assertions of privilege from Trump or Cipollone before the grand jury would be “frivolous” and federal prosecutors would be able to move quickly to force compliance.

The Department of Justice (DOJ) “has a much more effective and quick enforcement mechanism to go to the district court and have these claims of privilege adjudicated and almost for sure rejected,” Shaub said.

“My guess is given how tenuous his claims of privilege are that we’re not going to hear much else, that he’s going to enter into negotiation and ultimately get the best he can from DOJ and then comply, because he doesn’t have much of a leg to stand on,” he added.

When courts evaluate privilege assertions against subpoenas, the major question judges seek to answer is whether the need for the information is compelling enough to outweigh the need for executive branch confidentiality.

In 1974, the Supreme Court unanimously sided with the Watergate special prosecutor when then-President Nixon tried to quash a grand jury subpoena for White House tape recordings.

Chief Justice Warren Burger wrote in the decision, “The generalized assertion of privilege must yield to the demonstrated, specific need for evidence in a pending criminal trial.”

In a more recent case, the Supreme Court rejected Trump’s bid to block the select committee from obtaining troves of documents from his time in the White House. In an 8-1 ruling in January, the justices declined to review a lower court’s decision that the select committee’s need for the documents would outweigh any assertion of privilege even if Trump had still been in office at the time.

Eggleston said he believes the courts would rule the same way if a dispute over privilege were to arise out of the grand jury investigation.

“I think that’s probably the way the courts are going to think about this as well,” he said. “Because if you just apply a standard balancing test under US v. Nixon, I think it is overwhelming that the Department of Justice will have shown compelling need for this testimony and President Trump’s interest in confidentiality at this stage, particularly after the January 6 hearings, is virtually zero.”