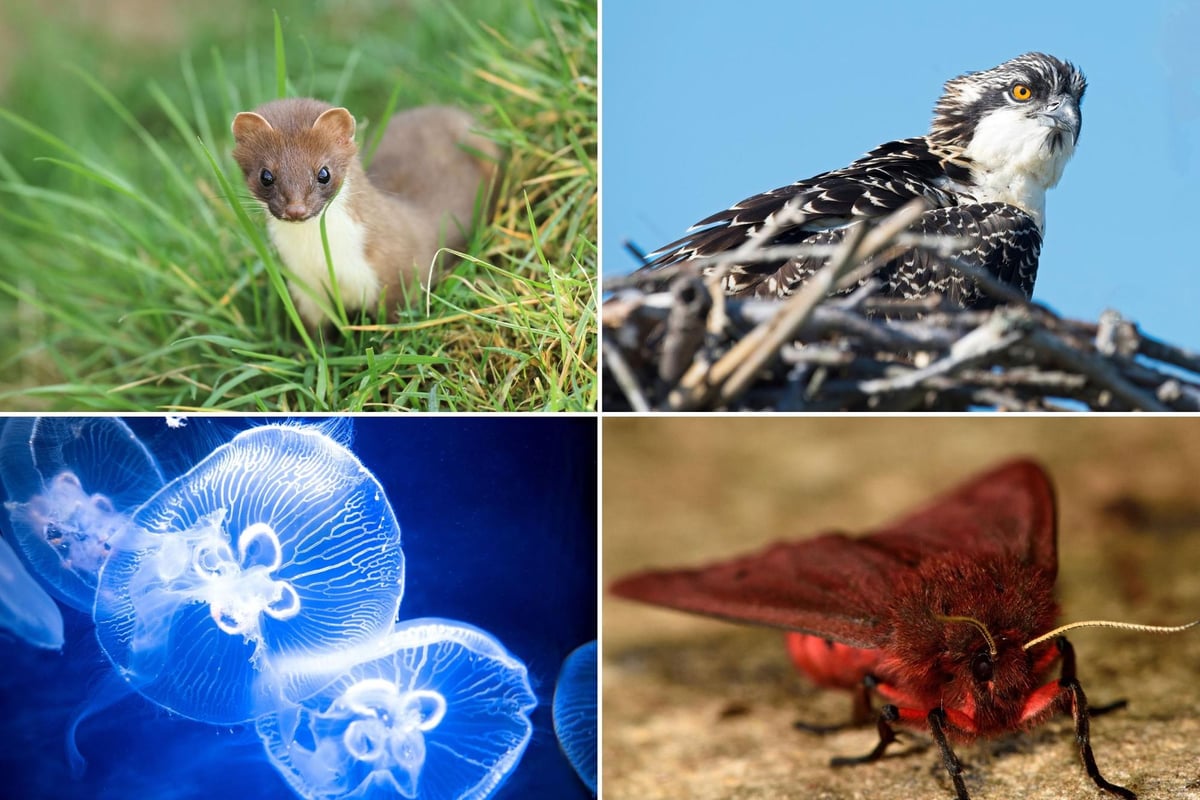 July is the first complete month of summer, with the breeding season finished for most animals in Scotland.

Many creatures are now bringing up their young, with important lessons in hunting and survival on the schedule for the long days.

Birds are encouraging their chicks to fledge – leaving the nest for the first time and trying out wings as yet untested.

And, as humans enter into their summer holiday season, they will be in closer contact with nature than at any other time – as camping trips, long walks and even trips to the park open up opportunities to see some of the birds, plants and animals we share our country with.

Here are 10 things to look out for in the natural world in July.

The basking shark grows to up to eight meters in length, making them the second largest fish in the world (after the whale shark). In July these gentle giants arrive in the seas of the west coast in Scotland in large numbers to feed on plankton and are often seen in remarkably shallow water near the coastline. For the best chance of seeing – and even swimming – with these magnificent creatures, join one of the organized tours leaving from the likes of Mull, Skye, Coll, Lewis, Tiree and Arran.

July is one of the best times of the year to see the osprey – also known as the fish hawk. By this time of year the raptor’s chicks have fledged but are sticking close to the nest. As they aren’t able to catch fish themselves, their parents are doing the hunting, returning to the nest to deliver dinner to the hungry novice flyers.

Not as rare as you might think, the weasel is a shy creature you’ve most likely only seen as a blur of fur dashing into the nearest safe undergrowth. July is the month when you’re most likely to get as longer look as the females are hunting determinedly for prey to feed to their young, who are venturing further from the burrow as they get more confident of their environment.

Jellyfish get a bad press, but many of these beautiful creatures are completely harmless to humans. A case in point is the stunning moon jelly, which drifts into bays and sea lochs in their hundred of thousands during July. Like the basking shark, they arrive in Scotland over summer to feed on plentiful supplies of microscopic plankton.