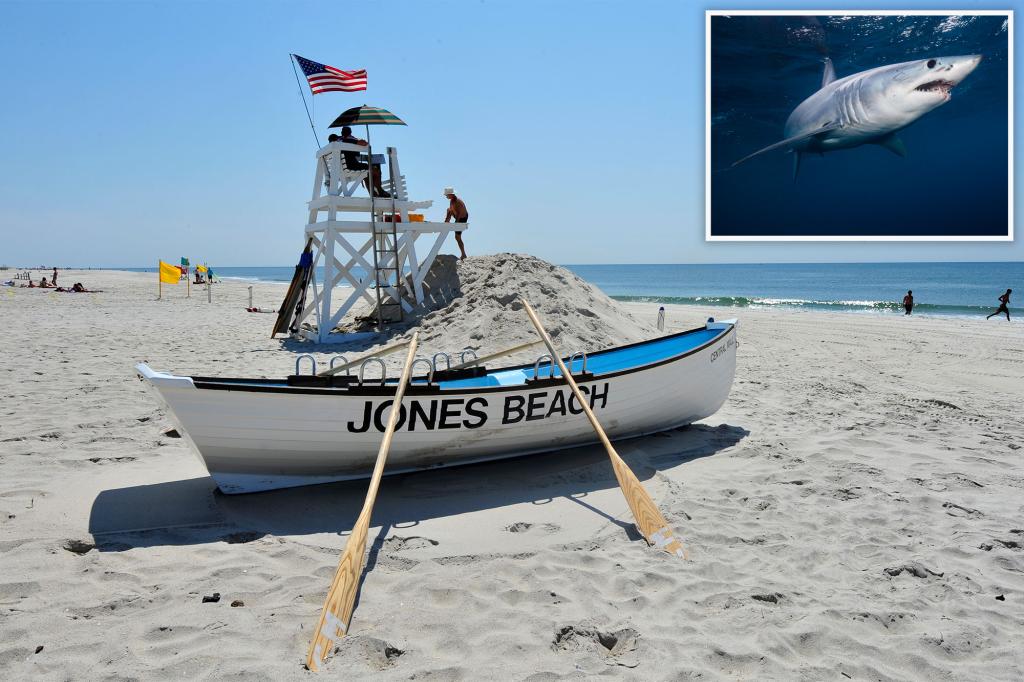 The 37-year-old man was in the water when he “sustained a laceration to his right foot” around 1 pm at the state park in Wantagh, Nassau County Police said in a Friday press release.

He was treated for the possible bite by medics on the beach and then taken to a hospital, according to officials.

The possible shark attack came after the Town of Hempstead launched a new “Shark Patrol” on Memorial Day weekend after a fisherman spotted a 10 foot mako shark near Point Lookout — about 11 miles west of Jones Beach.

The new patrol, which covers town beaches, consists of lifeguards who patrol the coast on jet skis looking for signs of the dangerous fish, officials said.

“We actually are investing in a crew that will now hit the waters, go on the shoreline, up and down this area of ​​the coast and see if they can spot any sharks in the region,” Hempstead Town Supervisor Don Clavin reportedly said.

Shark sightings have been on the rise on Long Island recently, with more seen in the last two years than the previous decade.

Actual shark attacks on Long Island are rare. None were reported in New York in 2021, according to The Florida Museum of Natural History’s International Shark Attack File.

In 2018, two swimmers were bitten by sharks off the coast of Fire Island.