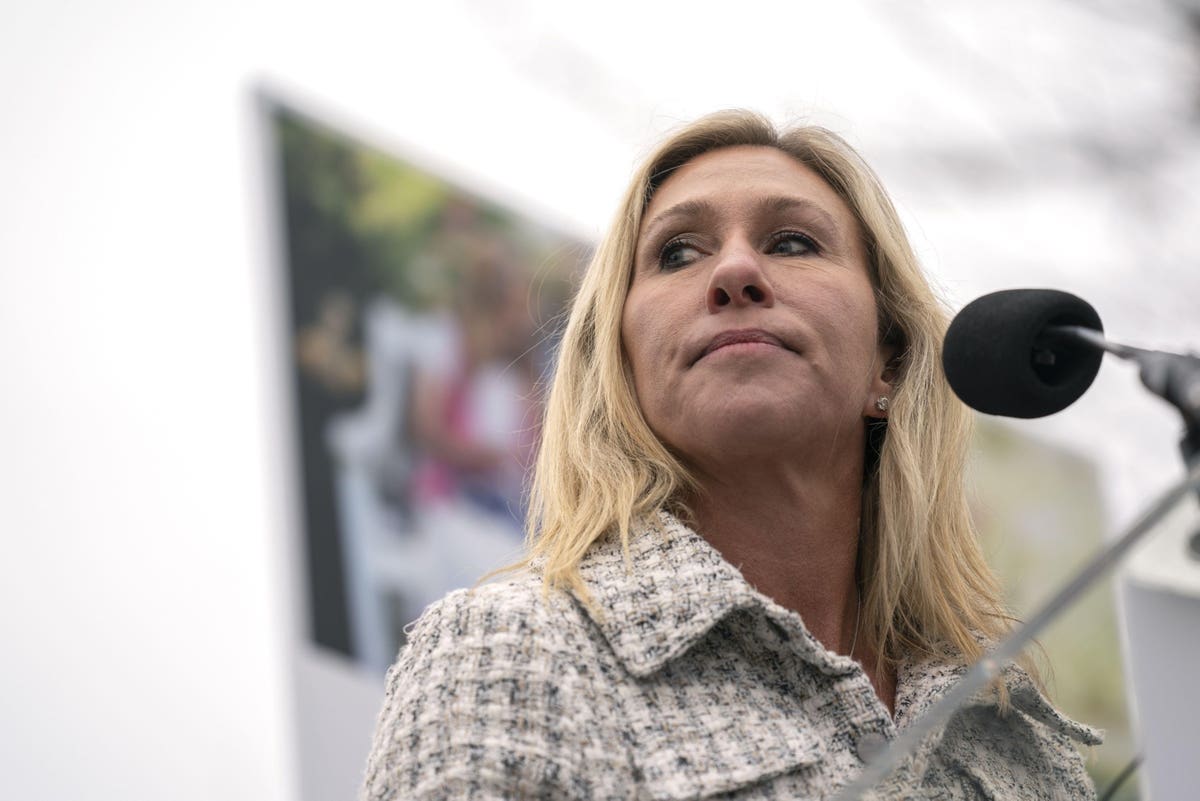 Jimmy Kimmel and Rep. Marjorie Taylor Greene are currently in the midst of a feud, after Kimmel poked fun of the controversial Georgia politician on Jimmy Kimmel Live.

Greene, often referred to as the “QAnon congresswoman,” utilized typical QAnon language in a tweet referencing the Supreme Court confirmation hearings of Ketanji Brown Jackson, in which she described her political opponents as “pro-pedophile,” prompting Kimmel to joke:

“… Marjorie Taylor Greene, this woman, Klan mom, is especially upset with the three Republican senators who said they’ll vote yes on Ketanji Brown Jackson, who’s nominated for the Supreme Court. She tweeted, ‘Murkowski, Collins and Romney are pro-pedophile. They just voted for KBJ.’ Wow, where is Will Smith when you really need him?”

Greene took Kimmel’s reference to Will Smith’s infamous Oscar slap very seriously indeed, to the point where she described Kimmel’s monologue as a “threat of violence against me” in a Twitter post, and claims to have reported the joke to the Capitol Police.

On Twitter, Kimmel appeared amused by Greene’s reaction, and continued to poke fun at the Georgia representative, writing, “Officer? I would like to report a joke.”

Greene’s reaction to Kimmel’s joke stands in stark contrast to her own words and actions, as Greene has previously promoted the deranged fever dreams of QAnon, a dangerous conspiracy theory whose devotees unironically believe that former President Donald Trump is engaged in a holy war against a cabal of Satan-worshiping, pedophile cannibals, who all happen to be members of the Democratic Party.

Greene has previously suggested that Nancy Pelosi could be executed for treason, promoted wildly anti-Semitic conspiracy theories, repeatedly indicated support for executing Democratic politicians, and even posted a photoshopped picture of herself brandishing a gun next to “the Squad,” before she was elected to Congress.

Not long after calling out Kimmel’s “threat of violence,” Greene was back on Twitter, casually describing Democrats as the party of “grooming” and ‘pro-pedophile politics.