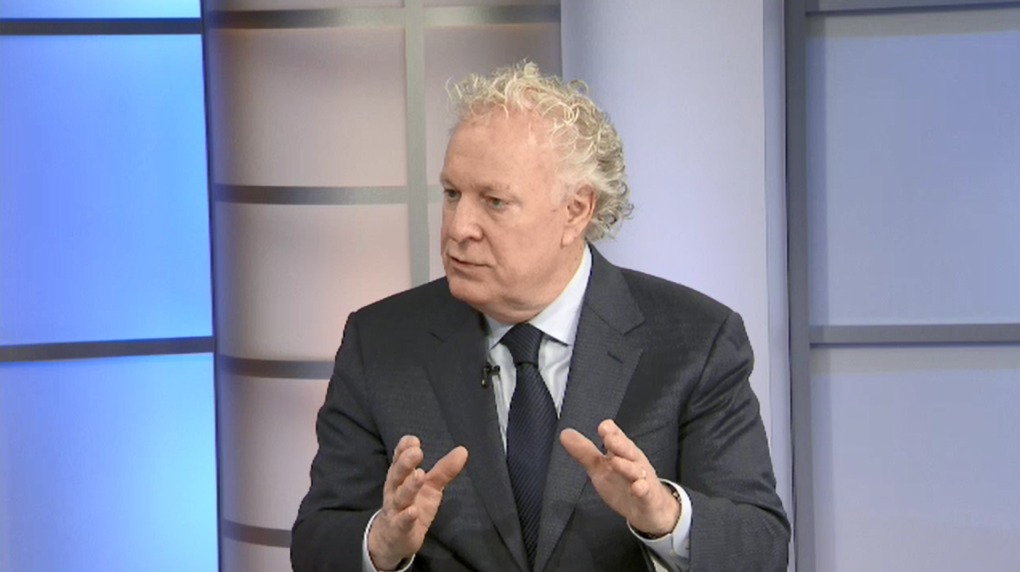 Conservative leadership hopeful Jean Charest is turning up the heat against perceived frontrunner Pierre Poilievre, taking him to task for his support of the trucker protests that took over downtown Ottawa and led to blockades at border crossings.

“I have a competitor by the name of Mr. Poilievre who supported, as you know, the blockade,” Charest told CTV Morning Live on Friday. “And if you want to be a leader in this country and a legislator, you can’t make laws and break laws.

“Laws are not a buffet table, if you’re a legislator, from which you choose what you want. Because what you’re really saying to people is I’m above the law,” Charest added in a separate interview with CTV News.

“You can’t be a leader of a party and the chief legislator of the country, as prime minister, and support people breaking the laws. That disqualifies you.”

The comments appear to mark a shift for Charest, who had largely stayed from responding to attacks from Poilievre since entering the race about a month ago.

But on Friday, he brought him up unprompted when speaking with CTV Morning Live host Leslie Roberts.

The ‘Freedom Convoy’ protests occupied downtown Ottawa for three weeks, leading to hundreds of arrests and millions of dollars in policing and other costs for the city. The federal government invoked the Emergencies Act for the first time ever, and the province and city declared states of emergency.

Poilievre, who represents the Ottawa riding of Carleton, visited the truckers at stops on their way into Ottawa in January. He later said he was ‘proud of the truckers’ in an interview with Postmedia, and blamed Prime Minister Justin Trudeau for the protests.

Early polling has shown Poilievre has the edge in the leadership race. Charest, who served as Quebec premier from 2003 to 2012, is tailoring his campaign message to centrist Tories.

“I’m the underdog in this breed,” Charest said. “And you know what? I’ve been the underdog all my life. So I don’t mind being there, it’s a place I recognize.”

Charest said he would introduce legislation that would make it a crime to blockade critical infrastructure, including border crossings and pipelines.

Charest, without naming Poilievre, also presented the race as a stark choice for the party between “American-style politics” and a more Canadian style.

“Either we are going to go down the route of American-style politics, of wedge politics, and attacks, that we are actually seeing in this leadership race,” he said. “Or we’re going to be a Canadian Conservative party, which is what I believe in.

“We are more divided now as a country than we’ve been since the 1980s, and it explains why I’m running. Because it doesn’t have to be that way.”