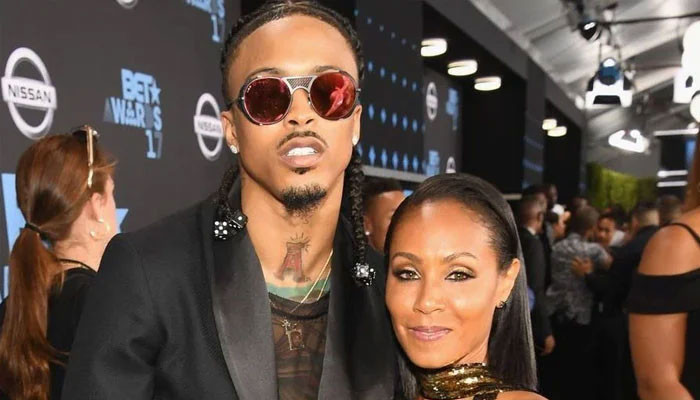 In an Instagram post on Friday, the singer shared a screenshot where he is spotted clarifying his stance amid rumors about his book.

“What would be the need to write a book about my supposed ‘s** life’ with ANYBODY, EVER, in life?” began August.

“If you are looking for that kind of entertainment, read the book called ‘Holy Bible’ while you’re at it,” he mocked.

“I’m just living my life, trying to create peace, from all the glass and broken pieces of my hearts, in life of my own and ones connected to me,” he added.

The Sun earlier reported that August is in the hopes to cash in his romance with Will Smith’s wife with memoir.

“August is getting ready to sign a big money book deal which will detail his romantic liaisons with Jada,” a source claims to The Sun.

“He has always maintained that Will gave him permission to sleep with Jada, something they have publicly denied.”

The source adds: “August will go into detail about his time with Jada and will also speak about how he spent time living in homes owned by Will when he was away filming.”

“There are several publishers bidding for the books and August is lining up the best deal. He knows there are a lot of people fascinated by his story and is happy to tell it,” adds the source.