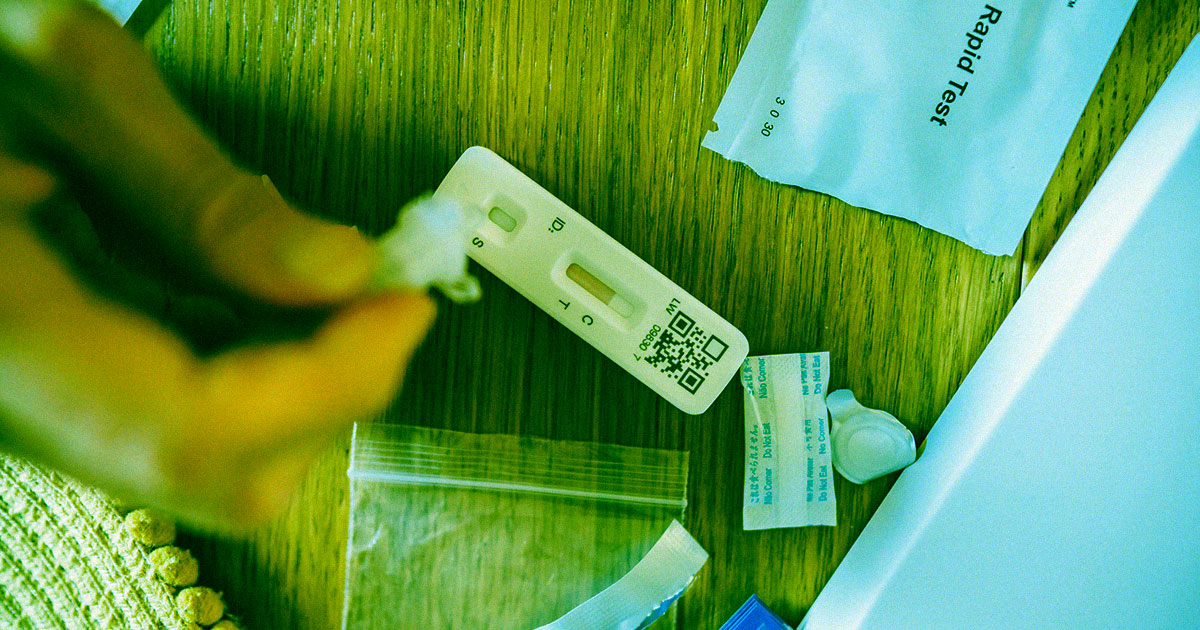 It’s news that literally nobody wants to hear: we’re well on the path to yet another wave of COVID-19 cases, just as governments across the Western world are slowing down efforts to combat the virus with masking and social distancing mandates.

But at least there’s some cause for optimism: this time around, the outcome could be significantly different thanks to our efforts to contain the spread and build up our immunities to the virus with vaccines.

The newest wave, first identified in the UK, has unearthed the latest subvariant of the deadly virus: a “zombie” recombinant dubbed XE that’s believed to be the result of two viruses interacting within the same host, The Daily Beast reports.

Those two viruses are BA.1 and BA.2, two COVID subvariants that have already led to previous waves of the pandemic around the world.

While experts are only beginning to understand the new version, early indications are that it is both slightly more transmissible but also vulnerable to existing antibodies.

“From the WHO reports, it does appear to have a bit more of an edge in terms of transmissibility,” Stephanie James, the head of a COVID testing lab at Regis University in Colorado, told The Daily Beastreferring to the new zombie variant.

There’s a chance it’s already in the US, despite not having officially shown up in testing. That’s because “it might not be detected by the standard analysis pipeline,” as Rob Knight, the head of a genetic-computation lab at the University of California, San Diego, told the website.

Experts are far less worried about XE than they were about previous subvariants. That’s largely because the virus will be hitting a massive wall of existing immunity, built up from both previous infections and, of course, vaccinations and boosters.

If anything, the news should reignite efforts to get more shots in arms.

The news “does add a little bit of fire for people to get boosted overall,” UC San Francisco infectious diseases expert Dr. Peter Chin-Hong told the LA Times. “And it adds a little fire maybe for the oldest people in our population to maybe get their second booster.”

The fight isn’t over yet, and despite having fought the virus for over two years, it’s still not time to let our guards down. So masking up, getting vaccinated or boosted — or boosted again — is still our best bet to protect ourselves from falling seriously ill.

More on COVID: China Straps Loudspeakers to Robot Dog So It Can Scream at People to Stay at Home

Care about supporting clean energy adoption? Find out how much money (and planet!) you could save by switching to solar power at UnderstandSolar.com. By signing up through this link, Futurism.com may receive a small commission.