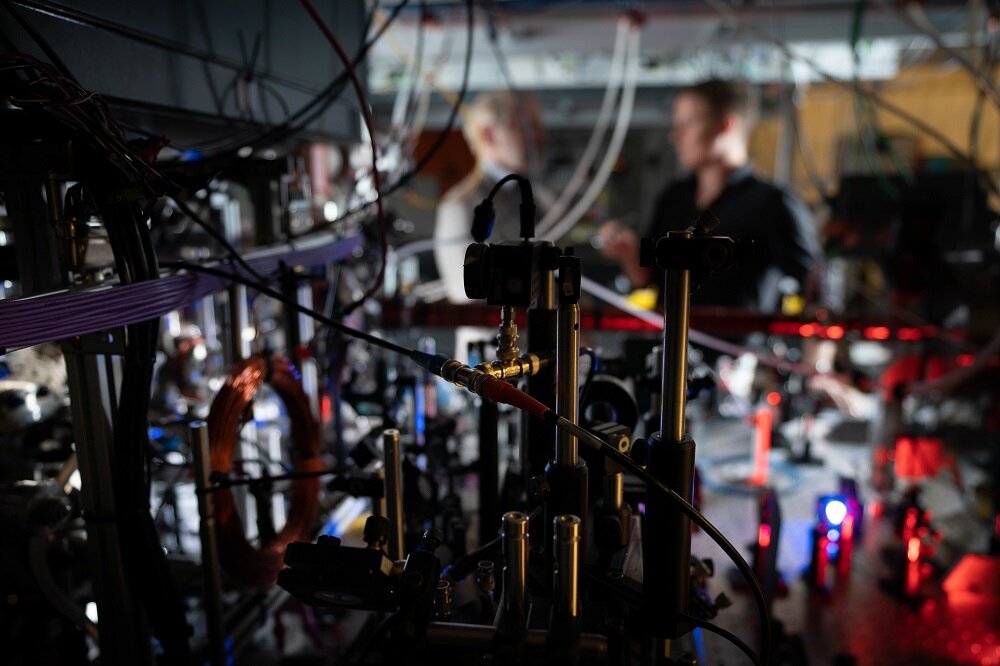 Physicists at the Australian National University have developed the most sensitive method ever for measuring the potential energy of an atom (within a hundredth of a decillionth of a joule—or 10-35 joule), and used it to validate one of the most tested theories in physics—quantum electrodynamics (QED).

The research, published this week in Science relies on finding the color of laser light where a helium atom is invisible, and is an independent corroboration of previous methods used to test QED, which have involved measuring transitions from one atomic energy state to another.

“This invisibility is only for a specific atom and a specific color of light—so it couldn’t be used to make an invisibility cloak that Harry Potter would use to investigate dark corners at Hogwarts,” said lead author, Bryce Henson, a Ph .D. student at ANU Research School of Physics.

“But we were able to use to investigate some dark corners of QED theory.”

“We were hoping to catch QED out, because there have been some previous discrepancies between theory and experiments, but it passed with a pretty good mark.”

Quantum Electrodynamics, or QED, was developed in the late 1940s and describes how light and matter interact, incorporating both quantum mechanics and Einstein’s special theory of relativity in a way that has remained successful for nearly eighty years.

However, hints that QED theory needed some improvement came from discrepancies in measurements of the size of the proton, which were mostly resolved in 2019.

Around this time ANU Ph.D. Scholar Bryce Henson noticed small oscillations in a very sensitive experiment he was conducting on an ultracold cloud of atoms known as a Bose-Einstein condensate.

He realized this effect could be harnessed to very accurately determining the precise color at which the atoms did not interact at all with the laser and the oscillation remained unchanged—in other words effectively becoming invisible.

With the combination of an extremely high-resolution laser and atoms cooled to 80 billionths of a degree above absolute zero (80 nanokelvin) the team achieved a sensitivity in their energy measurements that was 5 orders of magnitude less than energy of the atoms, around 10–35 joules, or a temperature difference of about 10-13 of a degree kelvin.

“That’s so small that I can’t think of any phenomenon to compare it to—it’s so far off the end of the scale,” Mr Henson said.

With these measurements the team were able to deduce very precise values ​​for the invisibility color of helium. To compare their results with theoretical prediction for QED, they turned to Professor Li-Yan Tang from the Chinese Academy of the Sciences in Wuhan and Professor Gordon Drake from the University of Windsor in Canada.

Previous calculations using QED had less uncertainty than the experiments, but with the new experimental technique improving the accuracy by a factor of 20, the theoreticians had to rise to the challenge and improve their calculations.

Leader of the international collaboration, Professor Ken Baldwin from the ANU Research School of Physics, said that improvements to the experiment might help resolve the discrepancy, but would also hone an extraordinary tool that could illuminate QED and other theories.