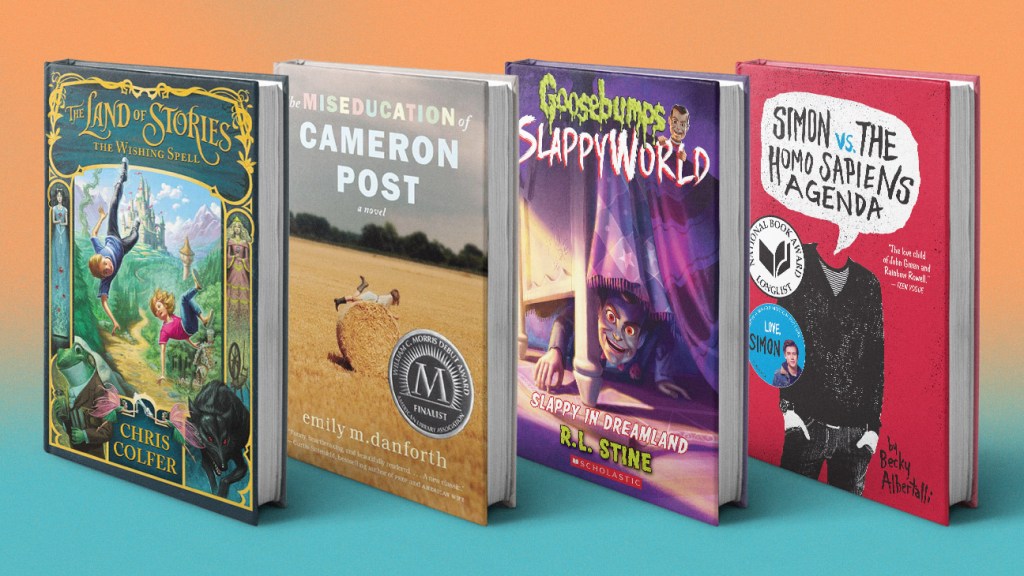 Libraries and the connection they offer through their vast print and multimedia collections, technological services, and programming and classes exist far outside the bounds of National Library Week. But the American Library Association’s 2022 event, taking place April 3-9, is a particularly timely celebration of these spaces as centers of culture, community, information and imagination — especially for children.

For actor John Lithgow, who has written numerous children’s titles, libraries have remained important places to him as a person and an author. “I really love old libraries,” he told The Hollywood Reporter ahead of the 2022 weeklong event. “They just draw you in and you go into another era, another space.”

All the Bright Places author Jennifer Niven also told THR that for her, libraries were a gateway to the world — and beyond. “In libraries, I discovered that the world was possible,” she told THR. “Books were doors to magic worlds.”

These are sentiments likely shared by many YA and children’s authors and their young readers, the latter of whom may struggle to access those books and their libraries, whether it be due to financial, location, transportation or legislative barriers. Without that connection preserved, an affirming and essential source of personal or communal connection, refuge and exploration can be lost.

This year’s National Library Week considers this, arguably, even more deeply than in past years. It launched with #UniteAgainstBookBansa campaign that coincided with the release of the 2022 State of America’s Libraries Report, a revealing look into, among other things, the state of book challenges and banning. Not only did it confirm that the majority of 2021’s top 10 most challenged books were aimed at children and teens, but it also uncovered that the ALA’s Office for Intellectual Freedom has tracked the highest recorded number of book challenges since they began recording the censorship data.

This year’s annual celebration, then, is a reminder that despite new and ongoing access hurdles, libraries are a space always worth celebrating and protecting, both for what they offer and the people there to offer it.

Amid a month of ALA events celebrating children’s books, national library workers, school libraries and story preservation, actors and musicians turned children’s and YA authors — alongside YA and children’s authors whose works were adapted for the screen — spoke with THR to join in on the celebration and awareness week.

From sharing stories about working at libraries to seeing the direct impact their books can have, Chris Colfer, RL Stine, Ciara and Russell Wilson, and more spoke about the impact of literature and the places that hold stories, both on themselves and their young readers .