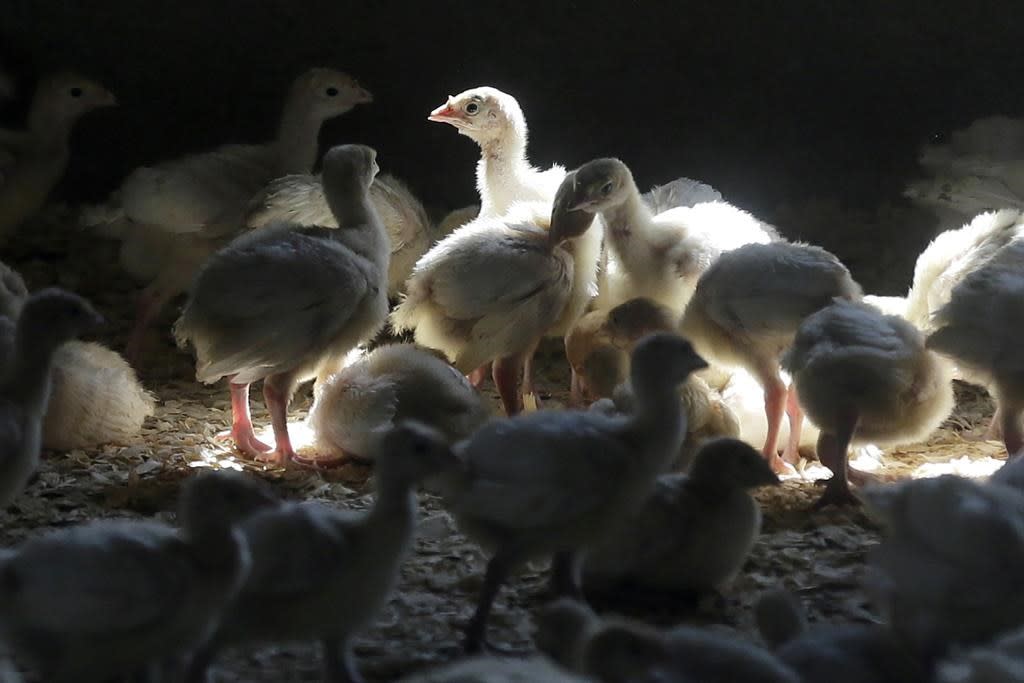 OMAHA, Neb. (AP) — The spread of a bird flu that is deadly to poultry raises the grisly question of how farms manage to quickly kill and dispose of millions of chickens and turkeys.

It’s a chore that farms across the country are increasingly facing as the number of poultry killed in the past two months has climbed to more than 24 million, with outbreaks reported nearly every day. Some farms have had to kill more than 5 million chickens at a single site with a goal of destroying the birds within 24 hours to limit the spread of the disease and prevent animals from suffering.

“The faster we can get on site and depopulate the birds that remain on site, the better,” Minnesota State Veterinarian Beth Thompson said.

The outbreak is the biggest since 2015, when producers had to kill more than 50 million birds. So far this year, there have been cases in 24 states, with Iowa the hardest hit with about 13 million chickens and turkeys killed. Other states with sizable outbreaks include Minnesota, Wisconsin, South Dakota and Indiana.

Farms faced with the need to kill so many birds turn to recommendations by the American Veterinary Medical Association. Even as it has developed methods to kill the poultry quickly, the association acknowledges its techniques “may not guarantee that the deaths the animals face are painless and distress free.” Veterinarians and US Department of Agriculture officials also typically oversee the process.

One of the preferred methods is to spray water-based firefighting foam over birds as they roam around the ground inside a barn. That foam kills the animals by cutting off their air supply.

When foam won’t work because birds are in cages above the ground or it’s too cold, the USDA recommends sealing up barns and piping carbon dioxide inside, first rendering the birds unconscious and ultimately killing them.

If one those methods won’t work because equipment or workers aren’t available, or when the size of a flock is too large, the association said a last resort is a technique called ventilation shutdown. In that scenario, farmers stop airflow into barns, which raises temperatures to levels at which the animals die. The USDA and the veterinary association recommend that farmers add additional heat or carbon dioxide to barns to speed up the process and limit suffering by the animals.

Mike Stepien, a spokesman for the USDA’s Animal and Plant Health Inspection Service, said the techniques are the best options when it’s necessary to quickly kill so many birds.

“State animal health officials and producers carefully weigh the different options to determine the best option for humane depopulation and do not make such decisions lightly,” Stepien said.

Animal welfare groups argue that all these methods for quickly killing birds are inhumane, though they are particularly opposed to ventilation shutdown, which they note can take hours and is akin to leaving a dog in a hot car. Animal rights groups delivered a petition last year signed by 3,577 people involved in caring for animals, including nearly 1,600 veterinarians, that urged the veterinary association to stop recommending ventilation shutdown as an option.

“We have to do better. None of these are acceptable in any way,” said Sara Shields, director of farm animal welfare science at Humane Society International.

Opponents of the standard techniques said firefighting foam uses harmful chemicals and it essentially drowns birds, causing chickens and turkeys to suffer convulsions and cardiac arrest as they die. They say carbon dioxide is painful to inhale and detectible by the birds, prompting them to try to flee the gas.

Karen Davis, of the nonprofit group United Poultry Concerns, urged the veterinary association to stop recommending all of its three main options.

Shields said there are more humane alternatives, such as using nitrogen gas but those options tend to be more expensive and could have logistical challenges.

“We pour our lives and livelihoods into taking care of those birds, and it’s just devastating when we lose any of those birds,” Krouse said. “Everything that we’re doing every day is focused on keeping the disease out and making sure that we’re keeping our hens as safe as possible.”

Officials emphasize that this virus that’s spread primarily through the droppings of infected wild birds doesn’t threaten food safety or represent a significant public health threat. Sick birds aren’t allowed into the food supply and properly cooking poultry and eggs kills any viruses that might be present. And health officials say no human cases of bird flu have been found in the United States during this current outbreak.

Once poultry are dead, farmers must quickly dispose of the birds. They usually don’t want to risk the chance of spreading the virus by transporting the carcasses to landfills, so crews typically pile the birds up into huge rows inside barns and combine them with other materials, such as ground up corn stalks and sawdust to create a compost pile.

After a couple weeks of decomposition, the carcasses are converted into a material that can be spread on cropland to help fertilize crops. In some cases, carcasses are buried in trenches on the farm or incinerated.