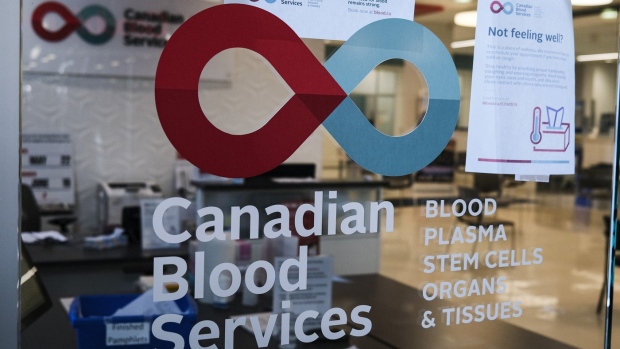 OTTAWA – Health Canada has approved an end to policy that restricts men who have sex with men from donating blood products for three months, a change welcomed by LGBTQ advocates but criticized – including by the prime minister, who promised years ago to end it – as long overdue.

“The current approach was discriminatory and wrong, and this is a significant milestone in moving forward on both the safety of our blood supply but also non-discriminatory practices.”

Canadian Blood Services had asked Health Canada to allow it to scrap questions about gender or sexuality when screening potential donors and ask about higher-risk sexual behavior instead.

By the end of September, potential donors will be asked if they have had new or multiple sexual partners in the last three months, no matter their gender or sexual orientation.

The federal blood agency said focusing on sexual behavior, not orientation, will allow it to more reliably assess the risk of infections, such as HIV, that can be transmitted through transfusions.

It also asks potential donors if they have been tattooed or engaged in intravenous drug use, as a way to help prevent diseases, including HIV, being transmitted through a transfusion.

A lifetime ban had been put into place in 1992 as part of the fallout from the tainted blood scandal in the 1980s. That was when thousands of Canadians were exposed to HIV and hepatitis after receiving contaminated blood products. It was reduced to five years in 2013.

The Liberals promised to end the ban on men who have sex with men donating blood during the 2015 election campaign that brought the Trudeau government to power.

The deferral period dropped to one year in 2016 and then three months in 2019. The Liberals promised in both the 2019 and 2021 elections to eliminate it entirely.

Trudeau said Thursday that the policy should have ended at least a decade ago. He said his government invested $5 million to research the safety aspects of changing blood donation rules and multiple scientific reports had proven “our blood supply will continue to be safe.”

Liberal MP Rob Oliphant, who shared that his first partner had died of AIDS 30 years ago, said Thursday the change in donation rules now meant that “my blood is as good as anyone’s blood in this room.” He called it a step forward in human rights and “ending stigma.”

Catherine Lewis, a spokeswoman for Canadian Blood Services, said the agency knows it needs to restore connections with the LGBTQ communities over having had the policy in place.

“This criteria change is science-informed and will enable us to be more inclusive about who can donate while, as always, ensuring safe, adequate blood and plasma supplies for patients in Canada,” she said.

“This change is a significant step, but we know we still have considerable work to do to build trust and repair relationships with LGBTQ communities, and we commit to doing so.”

Ontario MP Eric Duncan, the first openly gay man to be elected as a Conservative, said “discrimination like this should not take this long to resolve.”

“Finally, after multiple delays, Canada is one step closer to ending the long-standing and discriminatory blood ban in this country,” Duncan said. “After years of delay, we are still at least five months away from this change taking effect.”

But he said all donors, regardless of their sexual orientation, would be asked the same questions about “high-risk sexual behavior,” not just men who have sex with men.

Sher said the agency is taking an evidence-based approach to the change based on research in Canada and around the world, including epidemiological studies and statistical modelling.

He said the approach is very similar to the one taken in the United Kingdom.

Sher said the risk of contracting a disease from donated blood is “exceedingly, exceedingly low” and there are several layers of screening, including for HIV, as well as blood purification before samples are used.

He said the change in screening questions would lead to “no measurable increase in the risk” of HIV transmission.

Health Canada said it agreed to a group of scientific and medical experts on blood safety to inform its decision on the request by the federal blood agency.

“Today’s authorization is a significant milestone toward a more inclusive blood donation system countrywide, and builds on progress in scientific evidence made in recent years,” it said in a statement.

This report by The Canadian Press was first published April 28, 2022.