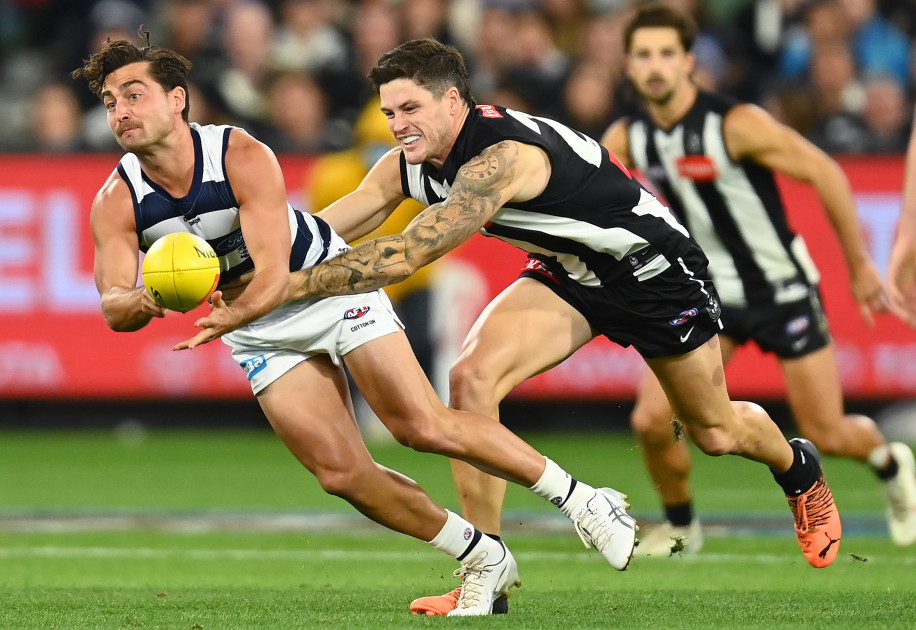 Geelong GM of football Simon Lloyd has admitted his club doesn’t adhere to the AFL’s official guidelines when making a medical substitute.

Numerous substitutes in Round 3 handed clubs a significant advantage late in the game when joining in on the action, bringing the issue into the media over the past week.

Martin Frederick for Port Adelaide, Luke Dahlhaus for Geelong and Jack Martin for Carlton all joined the game in the fourth quarter, while their oppositions could only continue with the same 22.

It led to criticism of some clubs, with suggestions the medical sub was being manipulated in certain situations, however Lloyd says Geelong coaches never involve themselves in the decision to take a player out of the game.

“It’s probably one of those ones where it’s been right through the media this week and I suppose when it comes to the medi-sub, as a club we have had no issue with any team in the competition with how they’ve applied their sub since its inception,” he told AFL-Nation.

“But in saying that, it’s the doctor’s call. The AFL are very clear that they don’t want coaches to manipulate the medi-sub rule and I have not seen that be the case.

“And really, there’s a big governance around this for doctors and their integrity and those types of things, so for Scotty (Chris Scott) and I, it’s the doctor’s call and that’s exactly what happened last week at three quarter time.”

As it stands, AFL rules dictate a player can only be subbed off if it is “reasonably determined” they will not be available to play in the next 12 days.

That’s where the Cats have an issue, Lloyd describing the 12-day aspect as a gray area in the rules.

“That’s the problem, that is a real problem because there’s a little bit of gray there,” he said.

“I know, having spoken to Brad Scott (AFL GM of football), they’re really working through this at the moment and I think the introduction (of the rule) – I can see it was well-meaning and I understand the introduction due to concussion and things like that, but from our interpretation, we don’t see it as a 12 day.”

Gerard Whateley then asked: “So (your interpretation to sub someone off is if they) can’t take any further part in this game and legitimately injured?”

Dahlhous’ efforts last week in the final quarter were a key factor in Geelong chasing down a six-goal deficit at three quarter time.

He had seven disposals and two marks in that quarter, up there with his most influential terms in the hoops.

While there’s been no public indication, Lloyd believes the AFL is looking into the matter.

“You do look last week and Dahlhaus definitely had an impact, coming on with the fresh legs and he gave us a real burst of energy and had an impact on the game,” he continued.

“Really for us, it’s something that the AFL is looking at very closely, and they’ll work through it, but it obviously is a big discussion point across the competition.”

Geelong are yet to activate Zach Guthrie as their medical sub at half time against the Lions on Friday night.