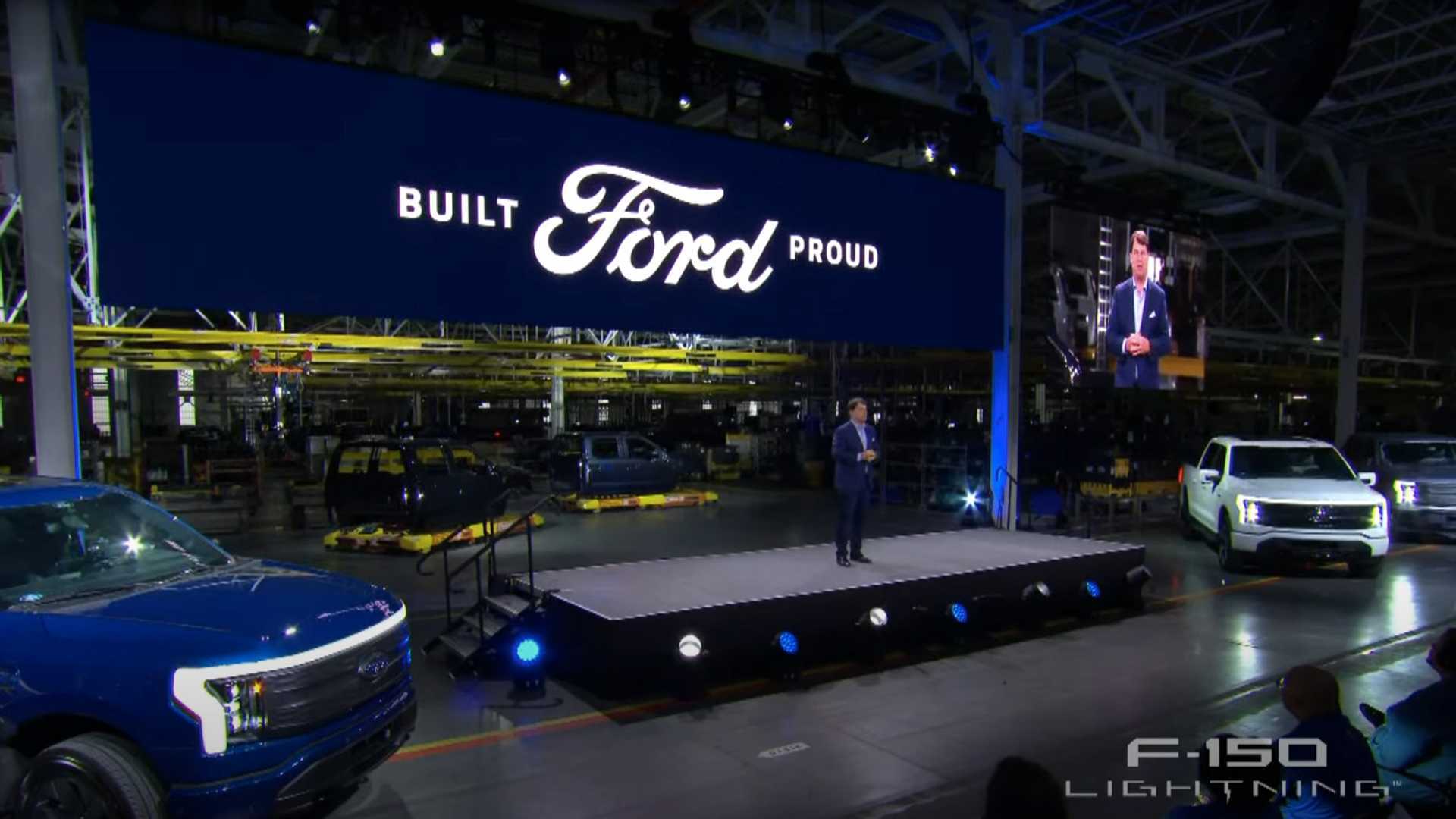 The 2023 Ford F-150 Lightning is officially in production at the manufacturer’s historic Rouge facility and within the company it is viewed as being as important as the Model T. Several important announcements were made at the event held to celebrate the start of production, and at the venue Ford CEO Jim Farley even mentioned Tesla during his speech.

Just after the 31-minute mark of Farley’s speech, embedded above, he begins to talk about the F-150 Lightning’s bi-directional charging capability, pointing out that it can therefore charge other EVs

For your friends that own Teslas.

Ford calls the F-150 Lightning a 10-kilowatt smart power plant on wheels emphasizing one of the features that created the most buzz when it was originally announced. The company’s CEO is well aware of this and the reference to Tesla is not accidental.

If you keep watching the recorded livestream until close to the end, they play a series of clips of Lightning reservation holders’ reactions when being called by Darren Palmer, the Vice President of Ford’s Electric Vehicle Program, and asked how they will use their new electric truck. One of those reservation holders said he was trading in a Tesla for the Lightning.

With over 200,000 reservations and a yearly production target of 150,000 Lightnings in 2023, Ford wants to establish itself as an electric vehicle leader, at least for pickup trucks. In order to meet the new target, Ford is expanding its Rouge Electric Vehicle Center and it wants to deliver 2-million electric vehicles per year by 2026, or around one third of all production, with a plan to sell 50 percent electric vehicles globally by 2030.

If you want your F-150 Lightning to double as a source of backup power for your home then you will have to install the $1,310 Ford Charge Station Pro. It is included with the extended range battery pack and it acts as both charging station for the Lightning and as an interface for it to feed up to 9.6 kW to a home.